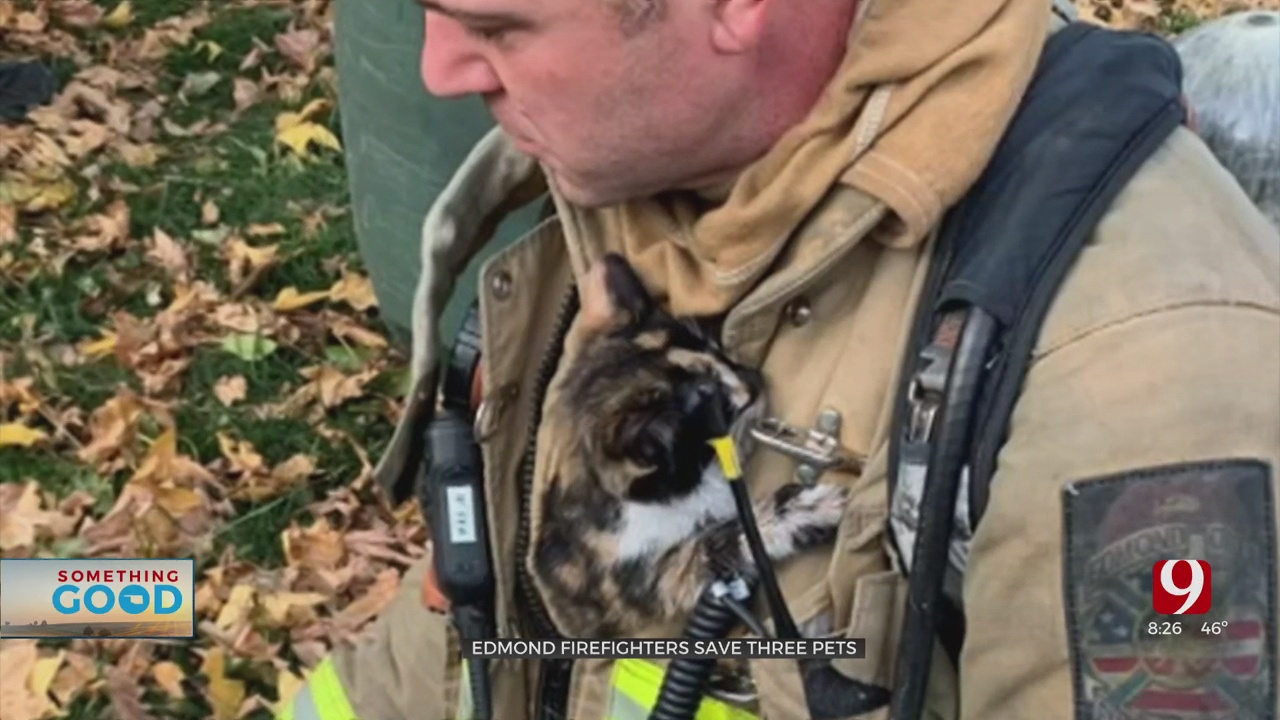 A routine response to a house fire turned into a rescue mission for Edmond firefighters.

Firefighter Clayton Wilsey said he found two unresponsive dogs on the floor of an Edmond home on E 12st Street.

“We carried them out and I called the radio for equipment,” Wilsey said. “It was a team effort.”

An unresponsive kitten was also found in the living room of the home.

He and his partners were able to save the two dogs and one cat with pet-specific medical equipment.

Wilsey said not all fire departments have this special type of equipment for pets, but all firefighters at the Edmond Fire Department have been trained in using it.

EMT and firefighter Ben Wilcox said it made all the difference.

“We were able to deploy the equipment we needed, with multiple rigs on scene,” Wilcox said. “We were able to get the oxygen that was needed. It was a perfect deployment.”

Firefighters said they are thankful no humans were inside the structure and they were able to save all the animals.

“I honestly thought these animals had passed away,” said Edmond Deputy Fire Chief Chris Denton. “It was amazing to see that those tools were able to bring these animals back.”