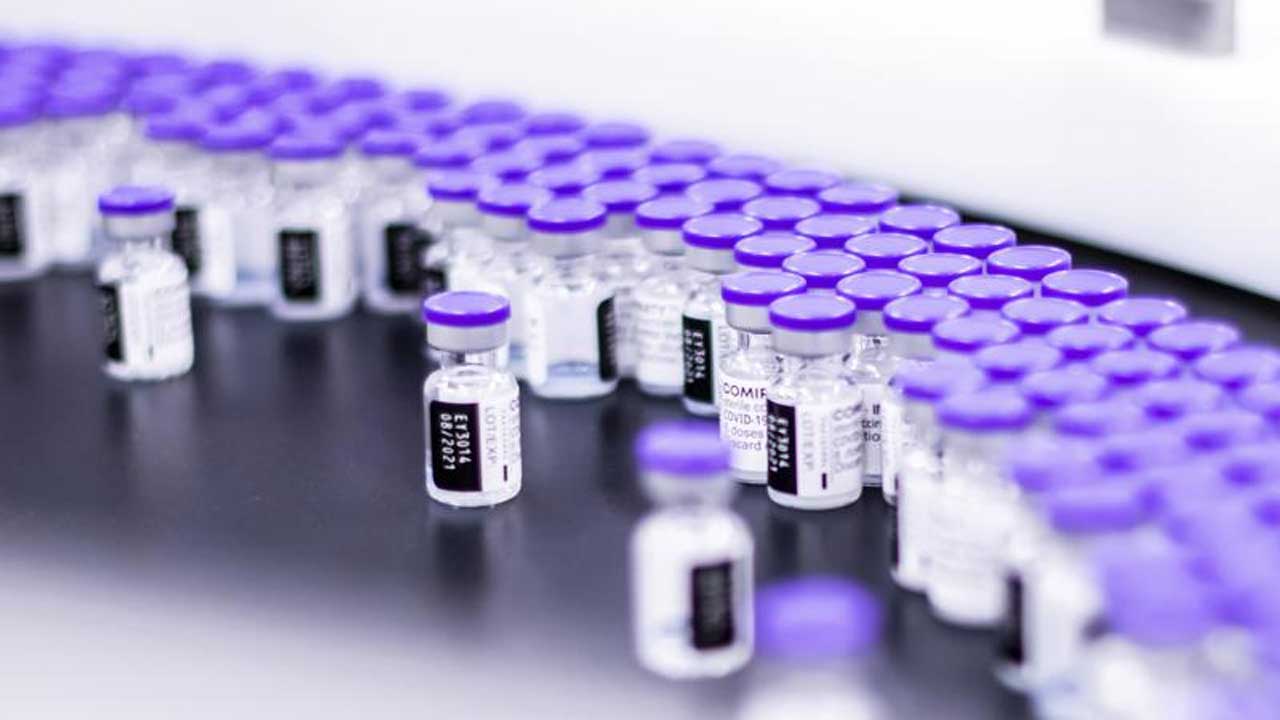 Pfizer said Friday that it can produce a COVID-19 vaccine for the new virus strain identified in South Africa in "approximately 100 days," subject to government regulatory approval.

The pharmaceutical firm said in a statement to CBS MoneyWatch that its researchers are now conducting tests to see if the company's existing vaccine is effective against the variant, dubbed "Omicron" by the World Health Organization.

If not, Pfizer said it would "produce a tailor-made vaccine against that variant" alongside its German vaccine partner, BioNTech. Pfizer and BioNTech expect to have results from its tests on Omicron in two weeks, Reuters reported.

A new vaccine would require approval by the Food and Drug Administration, possibly under emergency use authorization. But that would first require U.S. Health and Human Services Secretary Xavier Becerra to declare Omicron a public health emergency. It took Pfizer and BioNTech from December 2020 to August of this year to gain full FDA approval for their vaccine.

South African health officials said Omicron has more mutations than previous strains that have previously emerged around the world, including the Delta variant. The concern is that the new variant could be more transmissible and more resistant to current vaccines, South African epidemiologist Salim Abdool Karim told CBS News.

"If this variant is as, or more transmissible than the Delta variant, it will be very difficult to anticipate it, to do anything different to what we have seen, which is that it would grow and spread across the world," Karim said.

The WHO on Friday designated Omicron a "variant of concern," noting in a statement that early evidence "suggests an increased risk of reinfection."

So far, fewer than 100 cases of the new COVID-19 variant have been confirmed. Most of those cases have been among young people in South Africa, who have the lowest vaccination rate in the country. Botswana and Hong Kong also confirmed cases linked to Omicron in travelers who had recently returned from South Africa.

The Biden administration said Friday it will restrict travel from eight countries in southern Africa over concerns about the variant circulating in the region, according to senior administration officials. The restrictions on travel from South Africa, Botswana, Zimbabwe, Namibia, Lesotho, Eswatini, Mozambique and Malawi begin Monday.

The restrictions don't apply to American citizens or lawful permanent residents, although those individuals must still test negative prior to traveling. Other drugmakers said they're also investigating how the new variant interacts with their COVID-19 vaccine. A spokesperson with Johnson & Johnson told CBS MoneyWatch that the company is "already testing the effectiveness of our vaccine against the new and rapidly spreading variant first detected in southern Africa."  The spokesperson did not give a timeline for any potential alterations to its one-shot vaccine. Moderna, which has also released a vaccine in the U.S., did not immediately respond to a request for comment. Reports of the new variant rattled global financial markets. The Dow tumbled more than 900 points, or 2.5%, in abbreviated trading on Friday — the worst trading day of the year for the blue-chip index. The S&P 500 dropped 2.3%, its biggest retreat since February, and the tech-heavy Nasdaq lost 2.2%.