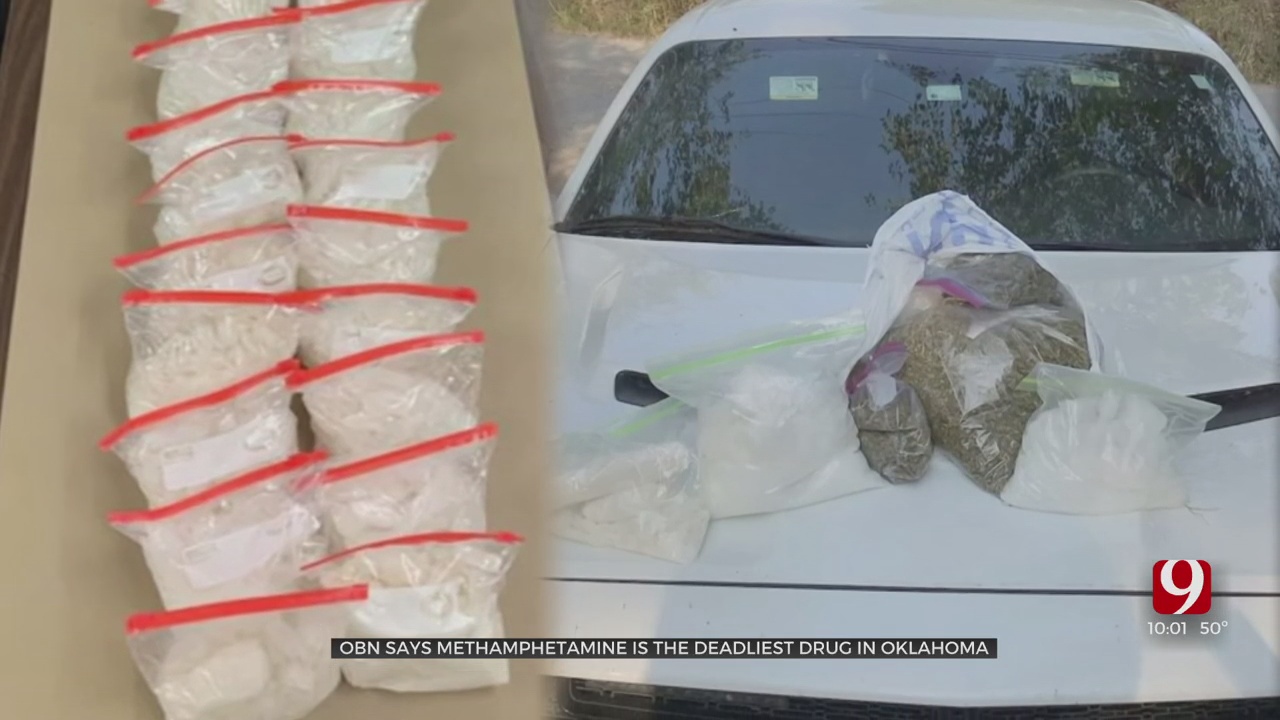 Methamphetamine continued to be their largest and most deadly target in 2021, Oklahoma illegal drug investigators said.

Deputies seized fentanyl, ecstasy, heroin and meth during the incident.

“It’s a nonstop deal,” Boggess said of drug investigations in the county. “(The Oklahoma Bureau of Narcotics) is working cases. DEA, our office is working cases. It’s just an ongoing, day-after-day operation for us.”

Across the state, Mark Woodward of the OBN said stop the trafficking of meth into Oklahoma is one of the department’s key missions.

“In all 77 counties, I think if you polled the police chiefs and sheriffs they’re going to say methamphetamine continues to be their number one issue leading to overdose deaths or property crimes,” Woodward said.

According to Facebook posts from OBN, the agency has seized more than 150 pounds of methamphetamine so far this year. Woodward said they do not publicize some busts due to ongoing investigations into suppliers, which typically trace back to Mexico.

“I would say 98% of the meth now consumed in the United States is sourced out of Mexico by drug trafficking organizations,” Woodward said.

Agents have busted shipments and dealers in Lawton, Le Flore County, Tulsa, and other areas of the state.