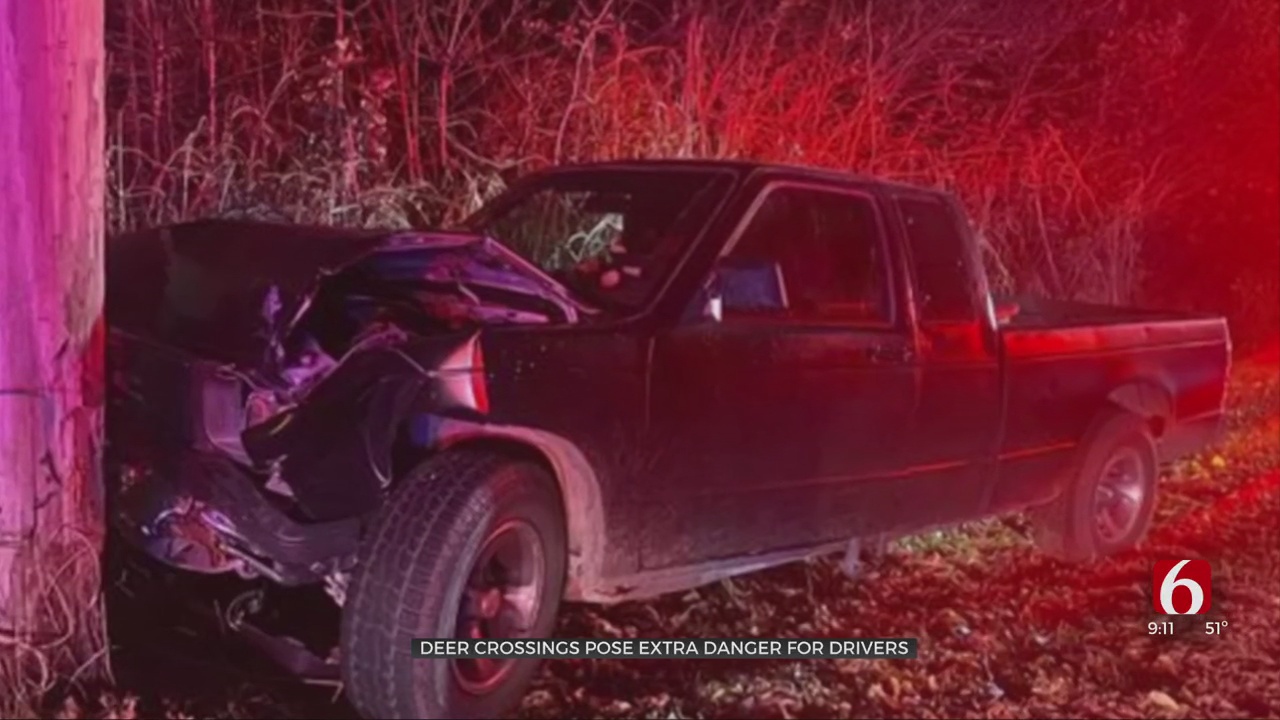 A Green Country teenager said he could have been killed Wednesday night after he swerved to avoid a deer in Catoosa.

Now, he's warning others about the dangers of driving while deer are on the move this time of year.

Cody Kirby, 18, said his car is a total loss, but he is thankful he still made it home for the holidays with just a few bumps and bruises.

It was dark and the roads were slick. He said it all happened so fast.

"I was coming down a little hill, and then, out of nowhere, a deer just runs like right in front of me,” said Kirby.

Kirby said he was on his way to work Wednesday night when things took a turn for the worst.

"As soon as I tried to turn the other way, it broke traction and I couldn't get control,” said Kirby.

Kirby managed to miss the deer but veered off the road, crashing into a pole.

His truck doesn't have airbags, but he walked away with only a few bruises. Kirby said it would have been much worse if he hadn’t had time to protect his head.

"Your head is gonna go 'bonk' and bounce back, and it's gonna cause concussions and head damage,” said Kirby.

Kirby's mom said a car can be replaced while her son cannot, but it's unfortunate, because he really did love that truck. Kirby got the truck for his 17th birthday and spent several months fixing it up with his dad.

"We got it done like a few months before my 18th birthday, and a few months after that, it gets totaled," said Kirby.

A few months later, and it was destroyed in the blink of an eye.

"I have to pay rent and I have to pay stuff for my dog. You know, like, I'm pretty much broke right now, so I'm trying to rely on friends giving me rides and if not, probably walk,” said Kirby.

The Oklahoma Insurance Department said crashes involving deer increase from October through January during the height of deer mating and migration season, causing about 200 deaths each year and more than $3.6 billion in vehicle damage.

"Deer are everywhere. I've seen a lot of them. Just be careful out there, you know,” said Kirby.

The Oklahoma Insurance Department said deer are most active during dusk and dawn, and warns drivers if you see one deer, there are usually more nearby.