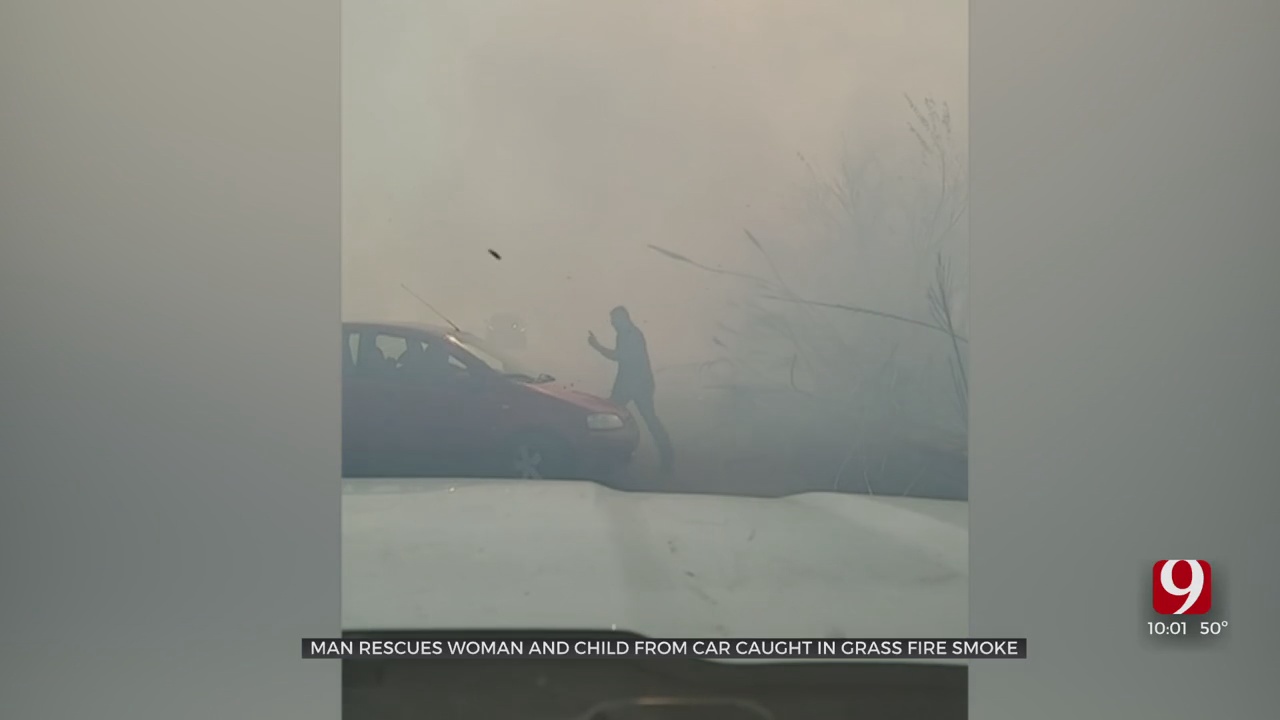 A harrowing rescue out of Bridge Creek, where a man fought through thick smoke to rescue a woman and her child. This, while fire crews have been battling grass fires and strong winds all weekend.

"I could see the flames coming off of the turnpike coming up over the hill," said David Roberson.

A video was captured from inside David Roberson's truck, near HE Bailey and County Road 2970. You can see heavy smoke and flames coming near a home as Roberson gets out to warn the residents. Luckily, no one was home at the time.

Roberson says he decided to block the roadway to protect other drivers from going through as firefighters arrived on the scene.

"They blocked off the east side, so I told them I'd go over to the west side and block traffic from crossing over the turnpike on the one-lane road," said Roberson. "It was becoming a safety hazard."

Roberson continued through the heavy smoke until he came across a car. He says the woman inside was having difficulty getting out. He gets out of the car and realizes the woman has a child in the backseat.

"You can't breathe, you can't see," Roberson said. "Your eyes are watering; it makes it difficult."

Roberson quickly asks the woman if he can take the wheel and drives them past the smoke to safety. He then tries to block the other side of the road from other drivers moving through.

"Because the fire trucks moving on the other side or moving through the smoke," Roberson said. "I was just really trying to avoid any collisions or any injuries."

This was just one of several grass fires within the last few days. Crews were back out Saturday afternoon making sure the hot spots were out.