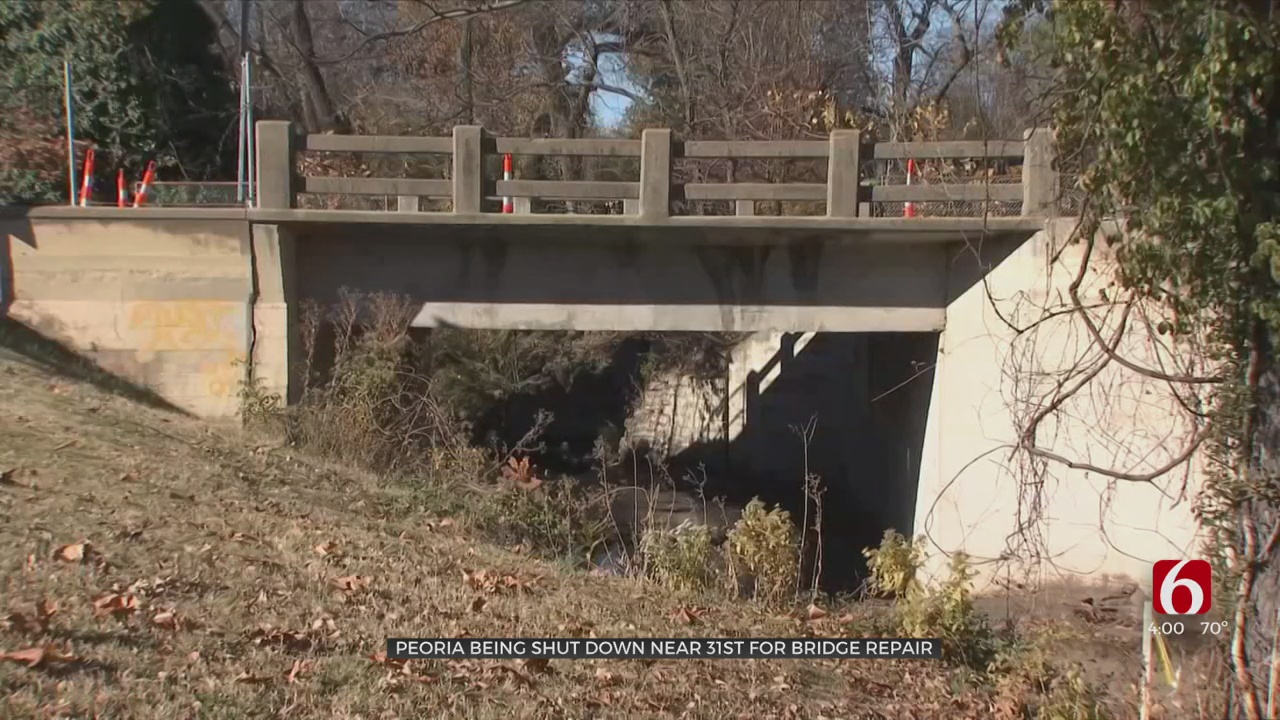 Peoria Being Shut Down Near 31st For Bridge Repair

All lanes of Peoria were shut down from 32nd Place to 31st Place as crews began work on replacing a bridge on Monday. The City of Tulsa said the bridge that crosses Crow Creek is 83 years old and engineers said there are several problems from exposed rebar to erosion and the said the bridge needs replaced.

They said that means shutting down all four lanes of Peoria.

“It’s going to make it a little more difficult to get my morning post tennis cup of coffee," said Monte Ulrich.

Ulrich is one of the thousands of drivers to travel the stretch of Peoria daily. He said now he will have to find a different route.

“I guess they are blocking it off there to the north, so I’ll probably come down 36th. But I hope they don’t close the whole street," said Ulrich.

The City of Tulsa said the plan is to leave one northbound lane of Peoria open until 32nd Street and one southbound lane will remain open to 31st Place.

“It’s really going to make certain pockets a lot more crowded than people are used to. That’ll have a big effect, I think," said Brent Brander.

Brent Brander lives about a mile from the construction and said this is just part of living in a busy area.

“Everyone else will adjust, but that’s what it’ll, be just another adjustment because there have been so many adjustments we’ve had to make because of all the construction," said Brander.

The City of Tulsa said the project is expected to last 200 days.