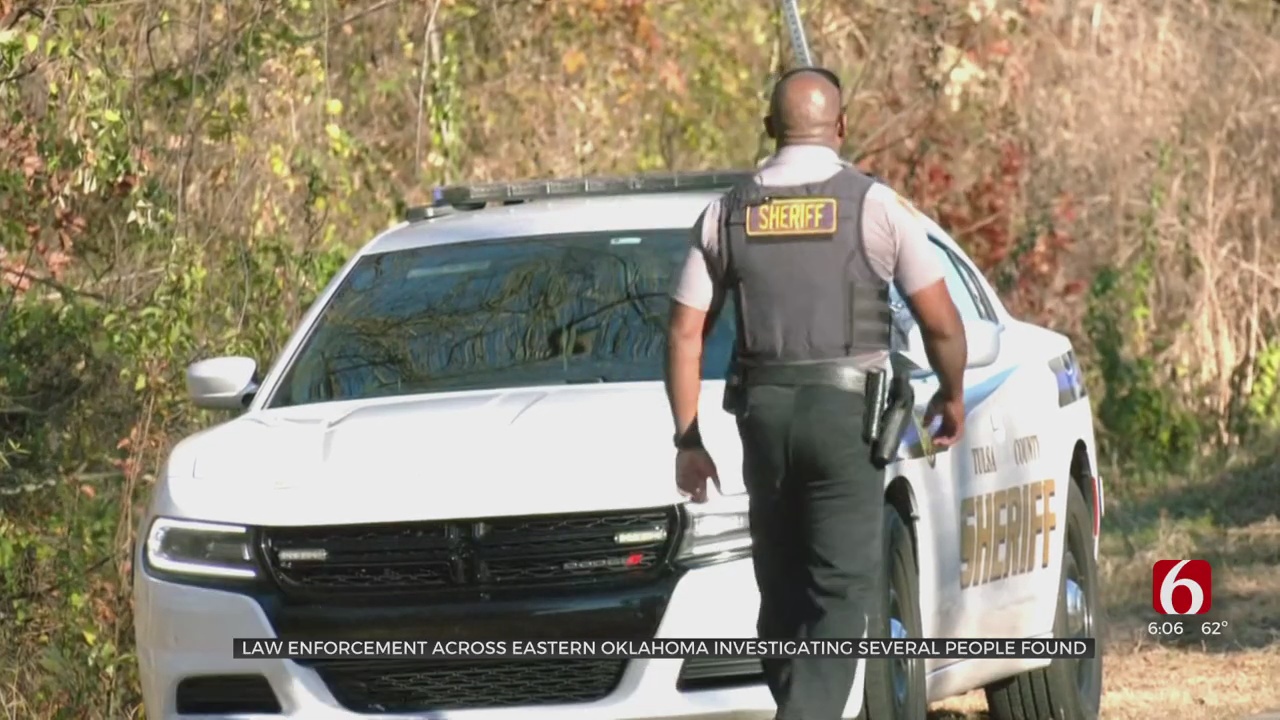 Law enforcement agencies across Green Country are investigating after several people were found dead over the weekend.

The latest investigation involves a woman found dead on I-44 Monday.

OHP believes the body of the woman found Monday was hit several times, and troopers are asking drivers who think they may have hit someone, to give them a call.

On I-44 near the Broken Arrow Expressway, the Oklahoma Highway Patrol said a woman lost her life after being hit by at least one vehicle.

Lt. Mark Southall said a driver called OHP Monday morning, saying they think they may have been involved.

“And we've looked at that and we believe that they were involved,” Southall said.

The investigation is ongoing.

"We don't want to rule anything out saying a crime hasn't occurred, but at this point, it looks like it could have been an accident,” Southall said.

The woman has not been identified yet.

"We believe we might have an idea who it is, but we're not exactly sure so we don't want to release that yet,” Southall said.

North of Skiatook, the Washington County Sheriff's Office is investigating after someone called them about a suspicious vehicle, which turned out to belong to a missing person out of Tulsa.

Investigators said a person was found dead Saturday not far from the vehicle. Now the Medical Examiner is working to identify the person and figure out how he or she died.

On Sunday, a man's body was found in Bird Creek near Sperry. The Tulsa County Sheriff's Office and Cherokee Nation Marshal Service are investigating, but the FBI is leading this case because deputies believe the man is a tribal member.

And further north, at Grand Lake, the GRDA said a woman's body was found Saturday below the spillway gates just east of Disney. Those gates are part of the Pensacola Dam spillway system. GRDA has not released the woman's name or said whether her death was suspicious.

If you know anything about any of these four death investigations, call law enforcement.