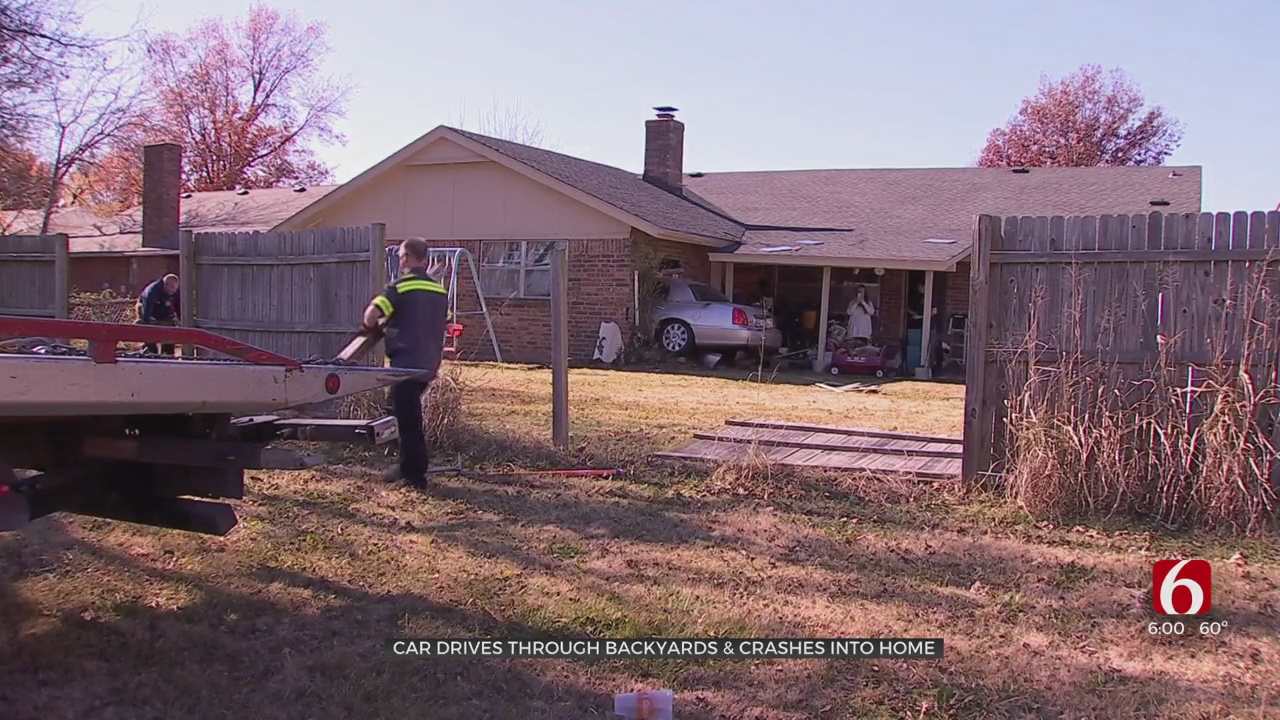 An 86-year-old man crashed through three fences and into a woman's bedroom Tuesday afternoon near 31st and Garnett.

Tulsa Police say they are just thankful no one was hurt. Officer's said the driver told them he got his foot stuck under the gas pedal.

"He starts coming through the fences, sounds and feels like an earthquake, noise going on, house rumbling a bit. Then he goes through the freakin' wall. The house shakes a whole lot,” said the homeowners' son, Malachi Aquino.

Aquino says he was at home when the driver crashed into Aquino’s mom's bedroom.

Aquino says they couldn't believe what they were seeing. Police say the driver told them he had just left his house down the road and he has some leg issues and got his foot stuck under the brake and on the gas pedal.

"Thank God she was in the living room man,” said Aquino. “I was like 20 feet down the way. I mean she was shaken, the usual."

Officers say if the man didn't hit the bedroom, he could have gone through several more yards and hurt or even killed someone.

"Usually when cars go into houses there’s a mitigating factor like a DUI, or someone being chased, usually a corner house, we don't really see this very often,” said Sergeant Brian Collum with Tulsa Police.

Police say the driver didn't want any medical assistance from EMSA. Officers will work with the Department of Public Safety about what to do with the man's license.