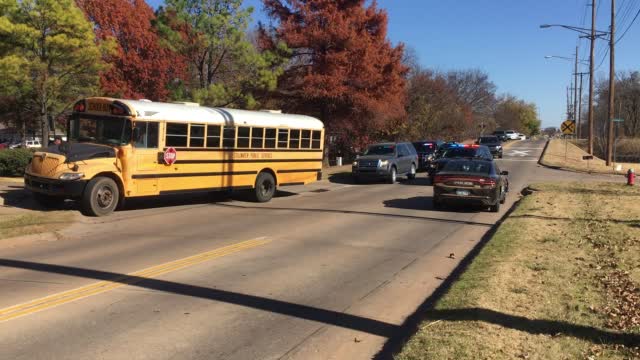 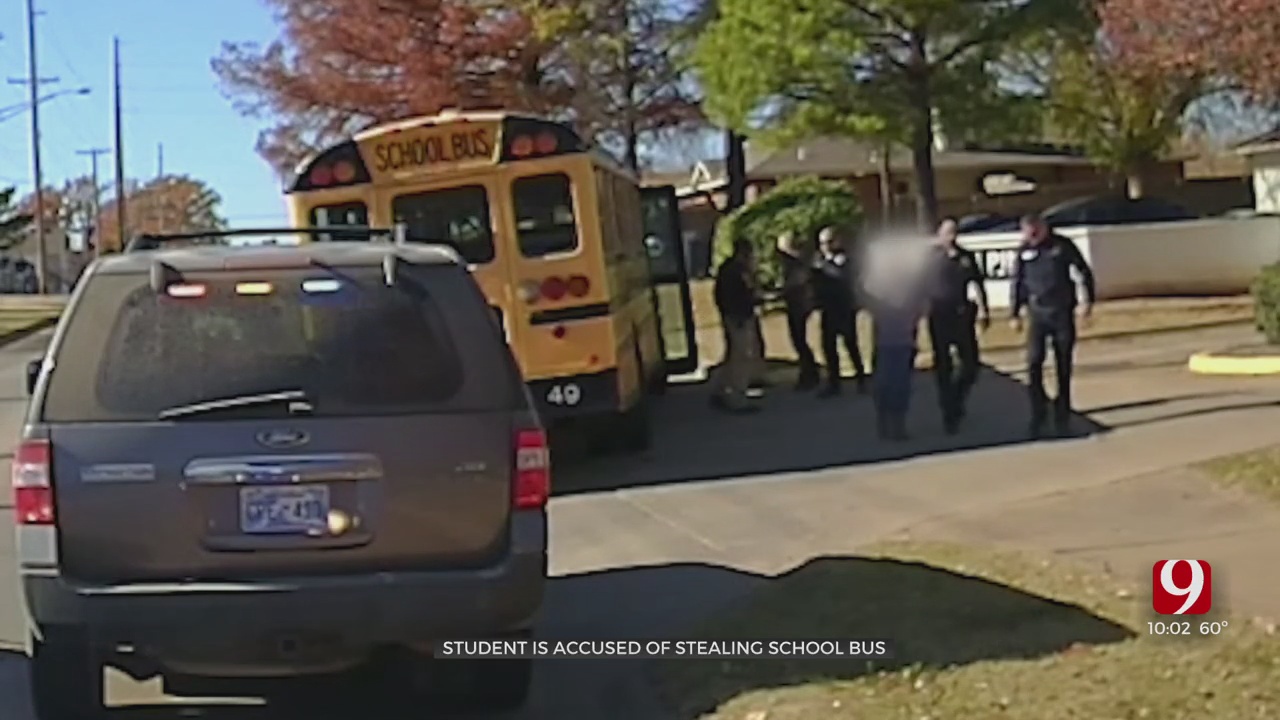 A Stillwater High School student was arrested after police said he stole a school bus parked at the high school and took it on a joyride.

“Officers obviously responded,” said Stillwater police Lt. Kyle Bruce. “They provided us with the number of the school bus which is visible as it is driving down the road.”

Officers spend the next several minutes searching for bus number 49.

Stillwater police said a detective located the bus less than a mile away from the high school on Lakeview Road.

The detective initiated a traffic stop, and the student immediately pulled the school bus over.

The student was taken into custody without incident.

“Obviously, it takes some pretty good nerves to hop on a school bus and think I am going to steal that thing,” said Bruce. “I don’t know what his mindset is or what his thought process is.”

Stillwater Public Schools said the student had been on a joyride for more than 20 minutes after stealing keys left on the bus.

Stillwater Public Schools Superintendent Marc Moore said he is unclear if leaving keys on a bus is against school policy but "it's our practice to lock up district vehicles and not have the keys not readily available when not in use."

“I walked into the locker room, and I heard somebody stole the bus,” said Kaelynn Crew, Stillwater High School student. “I was like, ‘here?’ I cannot believe somebody at Stillwater would do that.”

"At approximately 12:15 pm this afternoon, multiple students reported to the Stillwater High School administration that a student stole a bus parked on the High School campus. The student obtained access to the bus by stealing keys left on the bus - one used to transport students from the High School campus to other sites for sports and activities.

"High School administration immediately contacted the school resource officer. The City of Stillwater Police Department immediately investigated the incident and began a search for the stolen bus. They apprehended the student and secured the bus without incident or injury after the student drove around for approximately 20 minutes, all within about a .75 of a mile of the High School campus.

"Those students who reported this incident today greatly assisted school administration and school resource officers in resolving this issue quickly, and we’re thankful for the reporting. We ask that you continue to encourage your child to notify a trusted adult or school administrator if they know anyone who breaks the law or violates the school discipline code. Working together, we can reduce potential future incidents. We’ve also changed safety protocols to prevent future incidents.

"The SPS Administration does not tolerate theft and will discipline any student who engages in theft in accordance with the district policy.

"No one was hurt or injured today, and we are thankful for the quick response and action by the school resource officer, Stillwater Police Department and students. We take the safety and security of all students and staff as our number one priority."

Stillwater police said they have not had a run in with the student before.

The student was returned to his parents. Stillwater police said the student will likely be going through the juvenile court system.