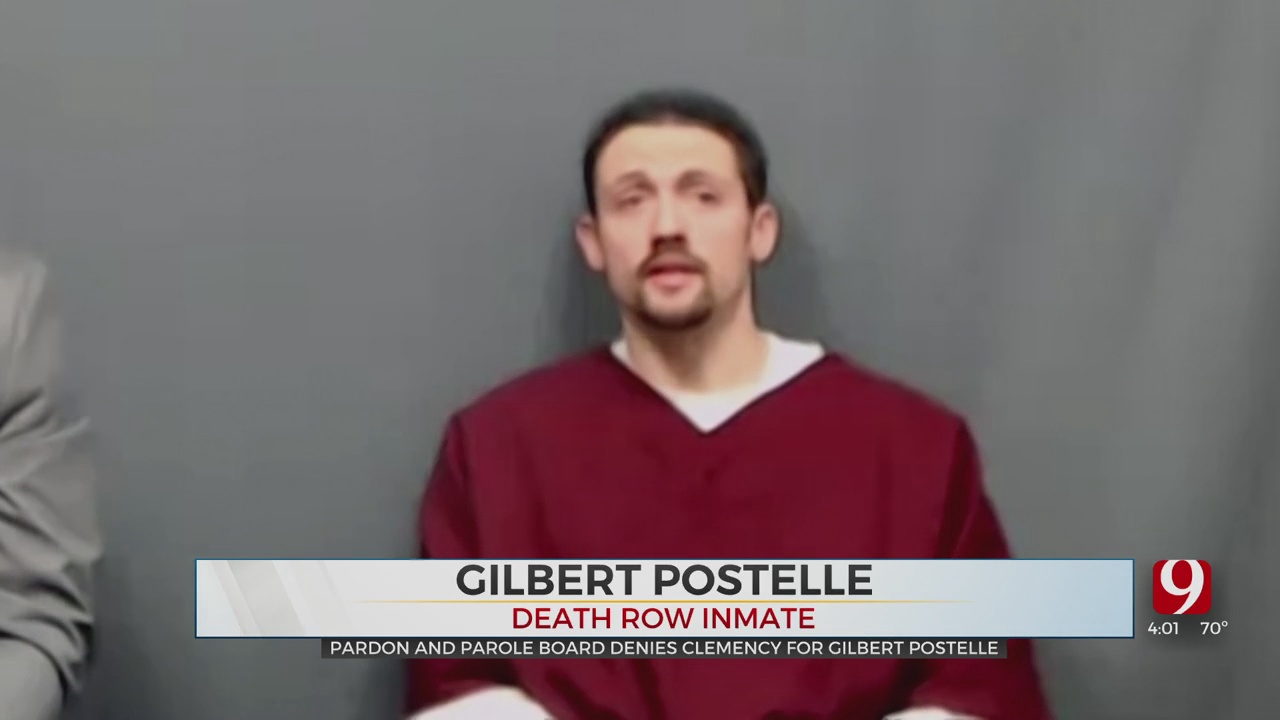 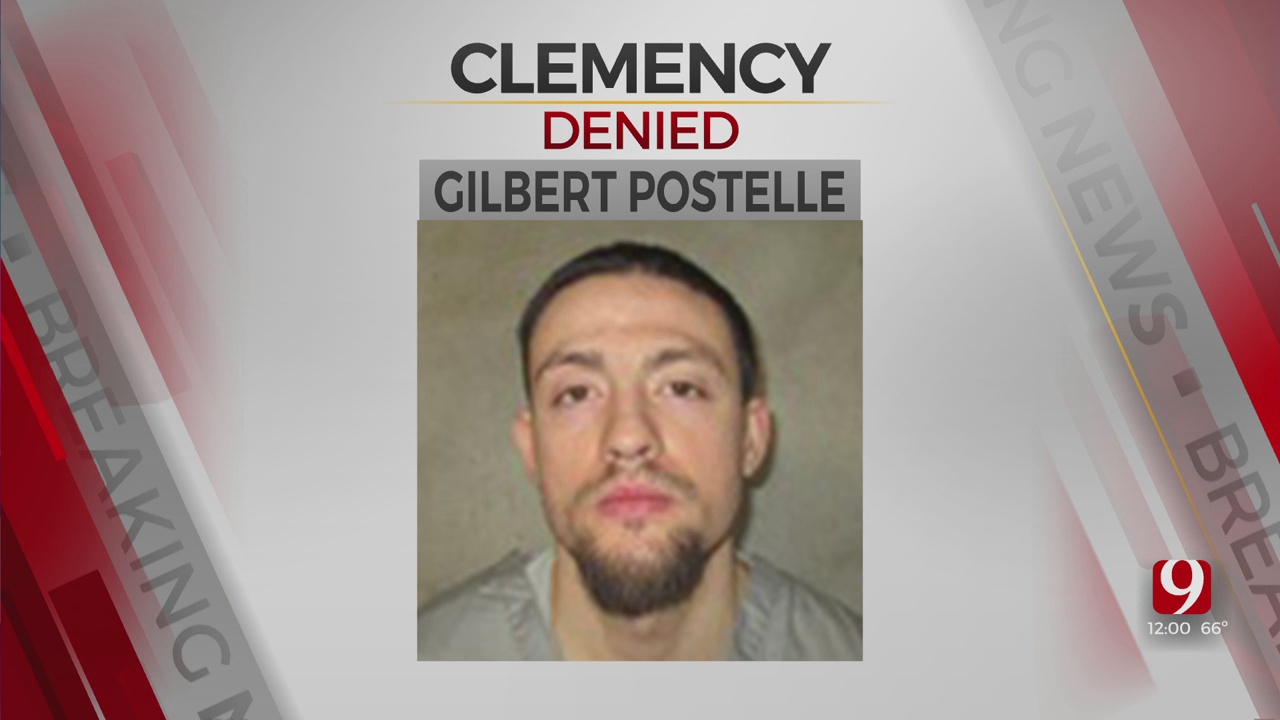 The Oklahoma Pardon and Parole Board voted 4 to 1 to deny clemency for Gilbert Ray Postelle, who was convicted of killing four people on Memorial Day in 2005.

It’s been 16 years since four people were shot to death outside of a trailer home in Del City.

Postelle was sentenced to death for two of those murders in 2008, and to life in prison without the possibility for parole for the other two.

Board member Scott Williams asked Postelle in a live video hearing why the board should consider mercy in his case.

“I mean, I have grown a lot since being 19. I have changed into a totally different person,” said Postelle.

Victims' families testified and asked for the jury’s original death sentence to be carried out.

“The hardest thing a parent can do is to lose a child, but to lose one in such a horrific way, is unbearable. You may be a changed man, but my son and three others are still dead,” said Mary Jo Swindle, mother of Donnie Swindle.

Donnie Swindle was killed in the shooting.

Gilbert’s brother, David, and their father, Earl, were also involved with the killings.

Postelle’s attorney Robert Nance asked the board to recommend commutation to the governor and said Postelle suffered as a child due to mental illness and methamphetamine use in his family.

“He didn’t know that all life isn’t like that. He didn’t have the horizons to, or could look over the horizon and see a better life than the one he had, which was terrible,” Nance said.

Nance said Postelle was influenced by his father to participate in the killing, after being convinced that one of the victims was responsible for injuring his father in a motorcycle accident.

State’s attorneys said the jury considered this information, but point to Postelle’s actions to track down and kill two of his victims alone.

The board has come under scrutiny in recent weeks for going back and forth on reasons for their recommendations. On Wednesday, only one board member explained the reason behind their vote.

Board member Richard Smotherman denied clemency, because he did not feel Postelle was taking full responsibility for the murders.

His execution is planned for February 17 at the Oklahoma State Penitentiary in McAlester.