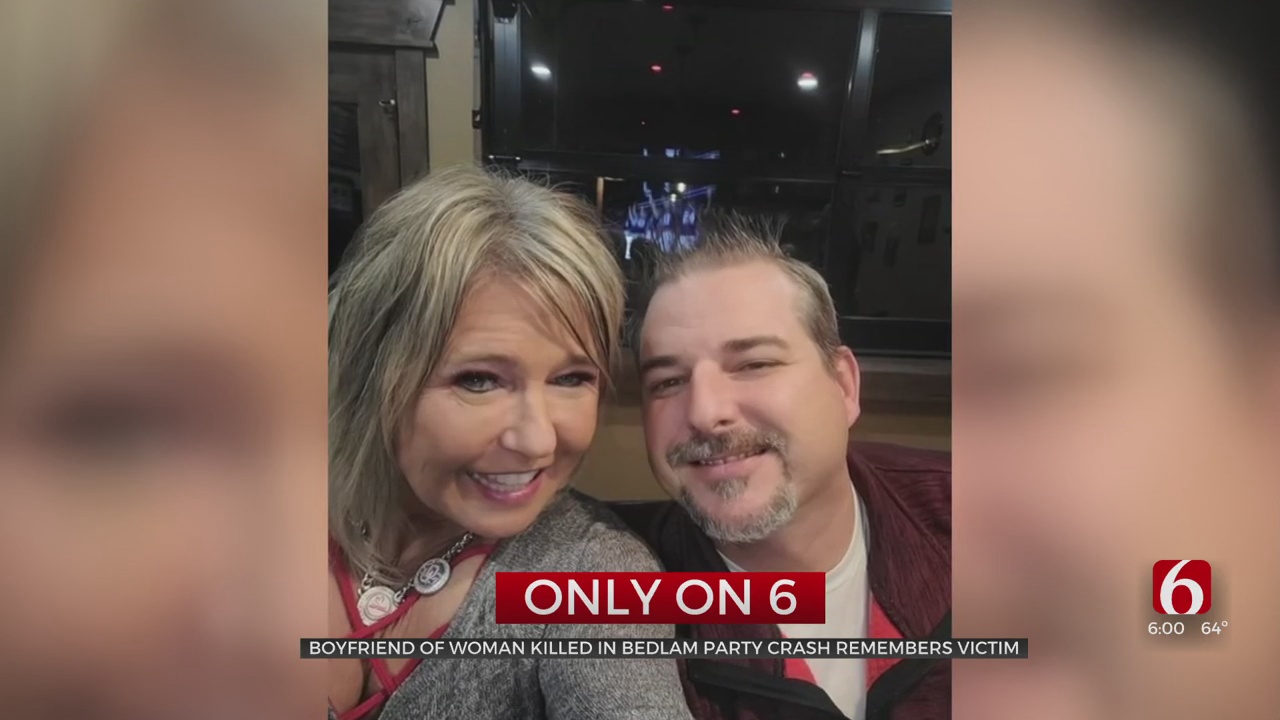 The boyfriend of a woman who was killed at a Bedlam party in Claremore Saturday night is sharing his story.

Terri McCauley was killed after deputies say Clinton Cottom, who was heavily intoxicated, plowed into a crowd of people, then flipped his truck on top of McCauley, after he was told to leave the party.

Terri’s boyfriend Ed Delehant says it may have taken him longer than most people to find his soulmate, but he finally found it in Terri. He was planning to propose to her in just a couple weeks, and even though he can't now, he finds comfort knowing how much they loved each other.

"You'd walk into a room with her and she'd just brighten the room up” said Ed. “She had an infectious smile and laugh. She loved OU."

Investigators say Cottom came to the party uninvited, was forced to leave for groping women, but then came back with his truck and plowed into a crowd of people.

"To be honest, I am not sleeping because, to be honest, every time I close my eyes I relive it in slow motion,” said Ed.

Ed and Terri had been together for the last two years. Ed says Terri had a heart of gold and never met a stranger.

"Everybody loved her. And friends just followed her where she was at. It seemed like no matter where she went, she knew at least one person,” said Ed.

Ed says Terri's love for his daughters meant more to him than he can put into words.

A judge ordered Cottom to be held in jail without bond on Wednesday.