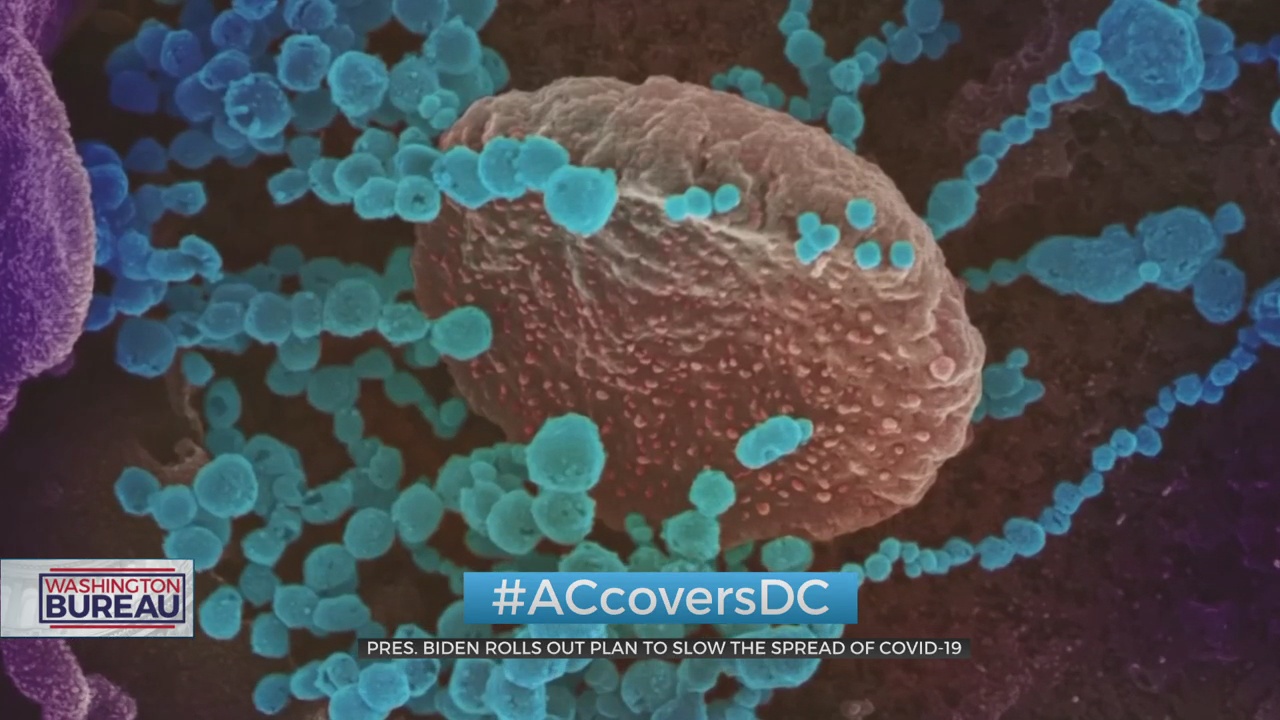 In light of growing concerns over the Omicron variant and with colder weather now forcing more Americans indoors, President Joe Biden laid out a slew of new actions that he believes will help keep Americans safe from COVID-19 the next several months.

“As we move into the winter and face the challenges of this new variant, this is a moment where we can put the divisiveness behind us, I hope,” Biden said.

Speaking Thursday at the National Institutes of Health, the president said his plan would tackle Omicron with science and speed, not chaos and confusion.

“And it doesn’t include shutdowns or lockdowns, but widespread vaccinations and boosters and testing, and a lot more,” he said.

Among the specifics, the plan calls for aggressive new measures to help all eligible adults get their booster shots; establishing family vaccination clinics and taking other steps to get more children protected; requiring private insurance to cover the cost of at-home test kits; and continuing to push a vaccine or testing mandate in most workplaces.

As a whole, Oklahoma’s congressional delegation opposes vaccine mandates and is fighting to have them stopped.

In the last week, health officials have confirmed Omicron has now become the dominant strain of the SARS-CoV-2 virus in several southern African nations, although they said early indicators are that symptoms from the variant are generally mild.

Cases of the new strain have been identified in Europe, Asia and North America. The first case in the United States was detected Wednesday in California. A second was identified Thursday in Minnesota after the person returned from a trip in New York City.

The heightened level of concern surrounding Omicron stems from what epidemiologists said is its high degree of transmissibility due to more than 30 mutations on the spike protein, which is where it bonds to cells in the human body. By comparison, the Delta variant has less than 20 such mutations.

Members of Oklahoma’s congressional delegation are downplaying what some see as unnecessary worry over this latest variant.

“Covid is with us and we’re going to have to learn to live with it as a society,” said Rep. Markwayne Mullin (R-OK2). “We take precautions, but we don’t let it control our life, and we don’t live in fear.”

“I feel like every month or two we hear about a new variant,” Rep. Stephanie Bice (R-OK5) said in an interview on Wednesday. “The best thing you can do is to consider getting the vaccine.”