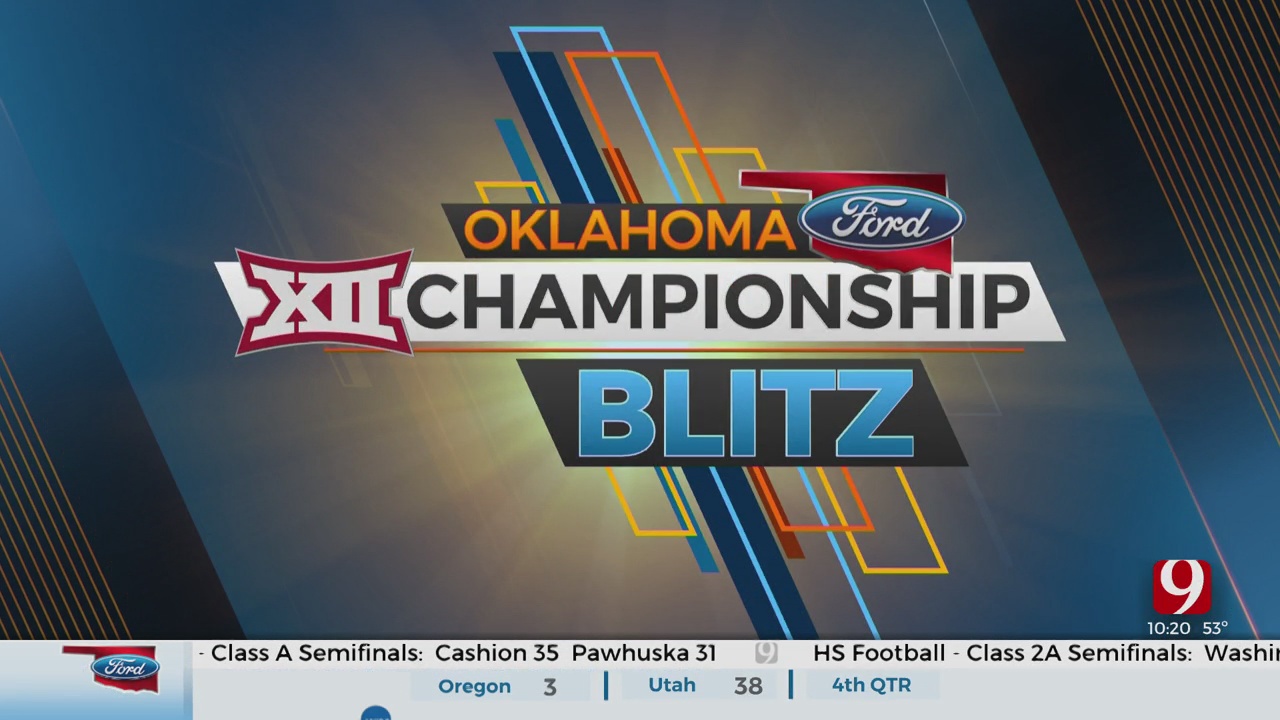 For the first time in a decade, Cowboy fans have honest-to-goodness optimism for Oklahoma State football.

It was 10 years ago when Brandon Weeden quarterbacked a Cowboy team that earned the distinction of being the Big 12’s best. This time around, they’ll have to be the last team standing on an artificial turf in Arlington, Texas.

Saturday will be Oklahoma State’s first appearance in the rebooted-Big 12 Championship Game, but there’s no real reason for nerves. They just knocked off their in-state rivals, sending their head coach westward and their program into confusion and uncertainty.

Plus, they’ve beaten their upcoming opponent before. That always helps.

The Cowboys and Bears are similar in a lot of ways. They love running the ball, pressuring the quarterback and playing the field position game.

Through 12 games, OSU is holding opponents to a 24.7 percent third down conversion rate (43 conversions out of 174 total attempts) which is the best percentage in all of college football. Baylor is not far behind in that department, either (51-for-159). Their 32.1 percent conversion rate is 12th-best in the country.

The Bears only converted three third down plays out of 15 against OSU’s defense back on Oct. 2.

It isn’t the most attractive football on the planet, but that’s the brand of football that has brought these teams to this point.

When Baylor traveled to Stillwater in early October, the game wrapped up in three hours, 18 minutes. If you factor in the 11 a.m. kickoff for this game, watching OSU-Baylor could end early enough to see a champion crowned and give you the chance to get some holiday shopping before the sun goes down.

The future of Oklahoma State’s running game was in doubt near the conclusion of the 2020 season.

Running back Chuba Hubbard wrapped up a stellar career in orange, but it was clear to Mike Gundy and the coaching staff that Hubbard’s void needed to be filled for 2021.

Weeks before their season-ending bowl game, Utah State transfer Jaylen Warren signed on with the Cowboys. Warren’s signing was a bit of a risk, considering he only suited up in three games for the Aggies in 2020, but he has been a godsend in 2021.

He carried the ball 36 times for 134 yards and two touchdowns against the Bears, but his overall numbers have been a source of frustration for every Big 12 defense this season (1,134 rushing yards and 11 rushing touchdowns).

If the Cowboys want to hold another Big 12 trophy, start with Jaylen Warren.

The Cowboys, at No. 5, sit on the outside looking up at the top four of Georgia, Michigan, Alabama and Cincinnati in the latest College Football Playoff rankings. A win against the Bears and a potential Alabama loss to the No. 1 Georgia Bulldogs would appear to put the Pokes in prime position as the Big 12’s first non-OU program in the playoffs.

What would a Baylor win do for the Bears? Do they have a playoff case?

In that scenario, the Bears would have a Big 12 championship in tow and wins over Oklahoma, Oklahoma State and a two-touchdown win over BYU who is ranked 12th in this week’s CFP rankings.

Baylor can make a compelling case for making the top four, but it would likely also need Michigan, Alabama and Cincinnati losses in their respective conference title games for their playoff dream to become a reality.

The other significance of this year’s title game is that it signals a kind of changing of the guard coming to the Big 12. Oklahoma and Texas will soon be former members of the conference and the league will need new torchbearers to keep it competitive on a national scale.

Perhaps it’s even more of an encouraging sign that teams like Cincinnati, BYU and Houston — who are all set to enter the Big 12 soon — are also having stellar seasons on the gridiron.