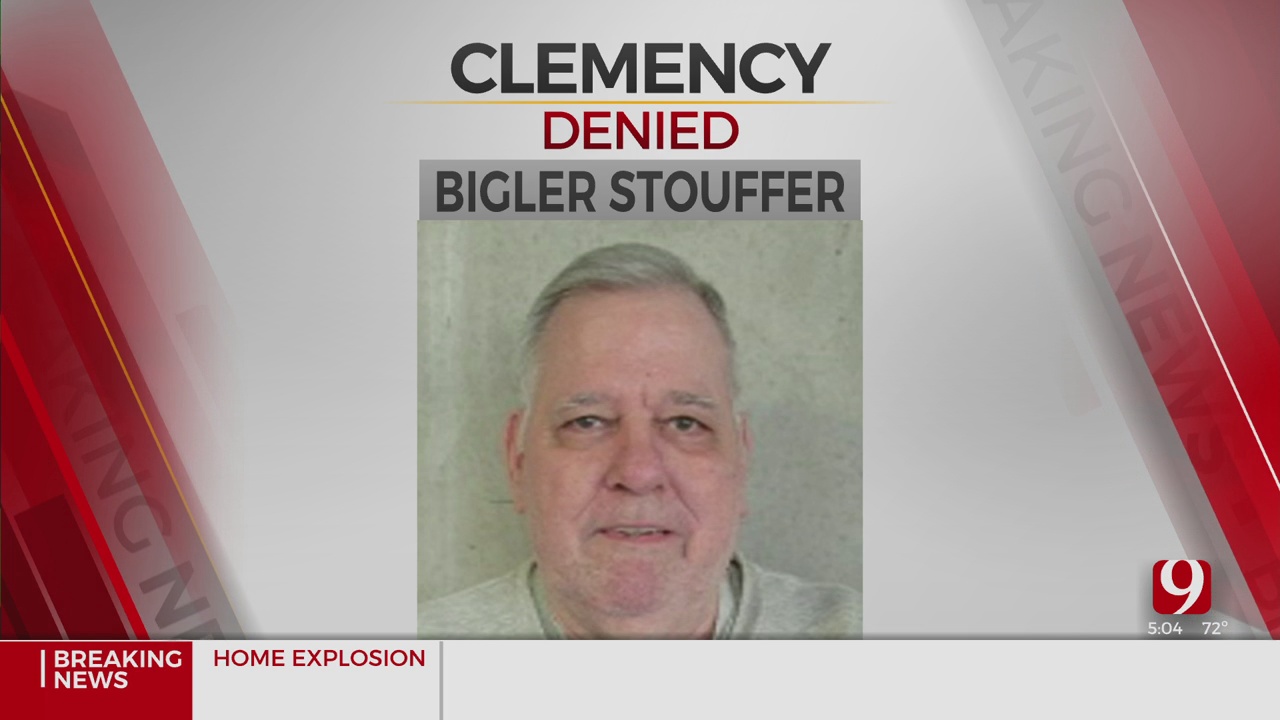 Stouffer was convicted of killing a Putnam City Schools teacher.

Stouffer fatally shot Linda Reaves, the teacher, and shot Doug Ivens in the face in 1985, according to the state's case.

The Oklahoma Pardon and Parole Board said they recommended clemency for Stouffer due to questions concerning the state's execution protocol and not because they thought he was innocent of the crimes.

Two inmates since Stouffer's clemency recommendation have had clemency hearings. The board has denied recommending clemency to the two inmates with two board members saying their concerns about the state's execution protocol have reversed.

"We are grateful for the decision of Governor Stitt denying clemency to Bigler Jobe Stouffer. Stouffer's brutal and senseless crime took the life of Linda Reaves and shattered the lives of Doug Ivens and their families. Now, after 36 years, justice will finally be served. My thoughts are with the families of Linda Reaves and Doug Ivens."

Stouffer is scheduled to be executed at 10 a.m. on Thursday, Dec. 9, at the Oklahoma State Penitentiary in McAlester.