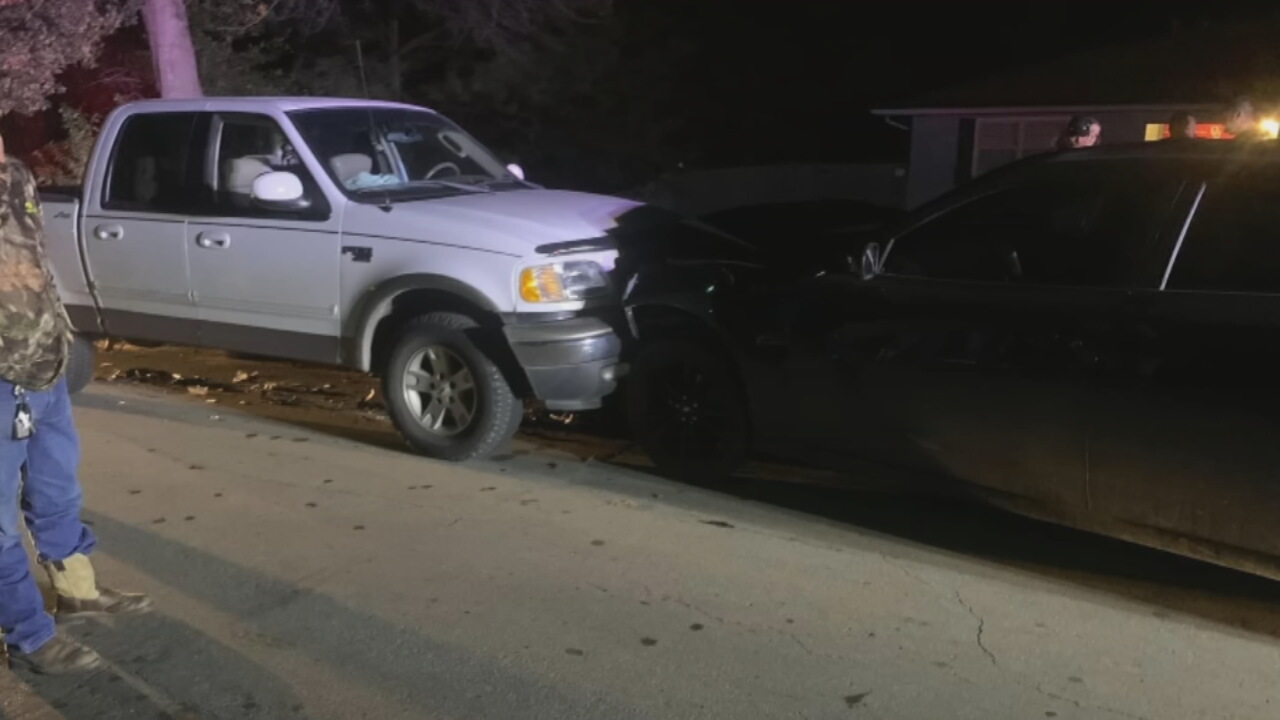 A Muskogee man wants answers after stepping outside his friend's house to find what owners say was a stolen truck, still running, smashed into his car, and the driver, nowhere to be found.

Now, neighbors are helping piece together what happened.

The guys were upstairs playing a post-Bedlam Pool Tournament, when Amy White, who was getting her granddaughter ready for bed, heard a loud crash.

"I tell the guys, 'Did you know there's a wreck out front? And they were all just, 'say what,'" said White.

Everyone came running outside to see what happened.

"I said it better not be my charger," said Thornburg.

Sure enough, a white truck crashed into Thornburg's car.

"He went straight to the white truck because lights were still on, truck's still running," said White. "Whoever was in that truck took out the passenger's side and left."

Thornburg said he was so mad he couldn't see straight.

"There was a good minute and a half to two minutes from when I went from the front porch to that truck that I don't remember. I was ready to go to jail that night," said Thornburg.

White said police ran the tag and tracked down the owner, who mentioned leaving their keys in the car, and reported it stolen.

"Whoever this was obviously had something to hide whether it was stolen. Or whether the truck was 5 months out of date on the tag. The police verified there was no insurance on that tag," said White.

Now, Thornburg has a busted car and a big bill.

Thornburg is engaged, is planning a wedding, and trying to support their little baby girl.

"This is a big Christmas for them. And now he's having to deal with car insurance and who should be covering that. How it's going to get covered. How his fiancé is gonna get back and forth to work," said White.

Thornburg filed a police report. Muskogee Police tell me the case wasn't assigned to anyone and looks like it'll be up to insurance to determine who is at fault.