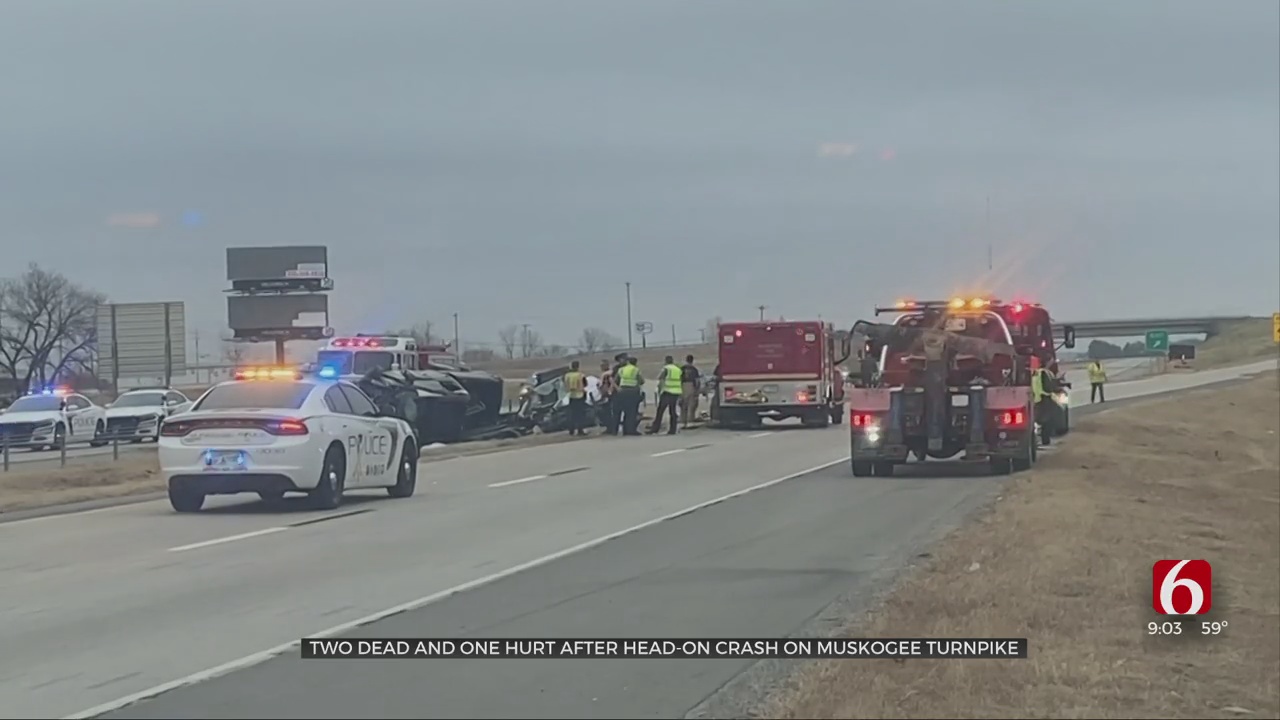 Muskogee Police said two people are dead and one is in the hospital after a crash on the Muskogee Turnpike on Saturday.

Officers said a car was driving north in the southbound lanes of the turnpike between Old Shawnee Road and Gibson Street.

Police tell us that car hit a southbound vehicle head-on.