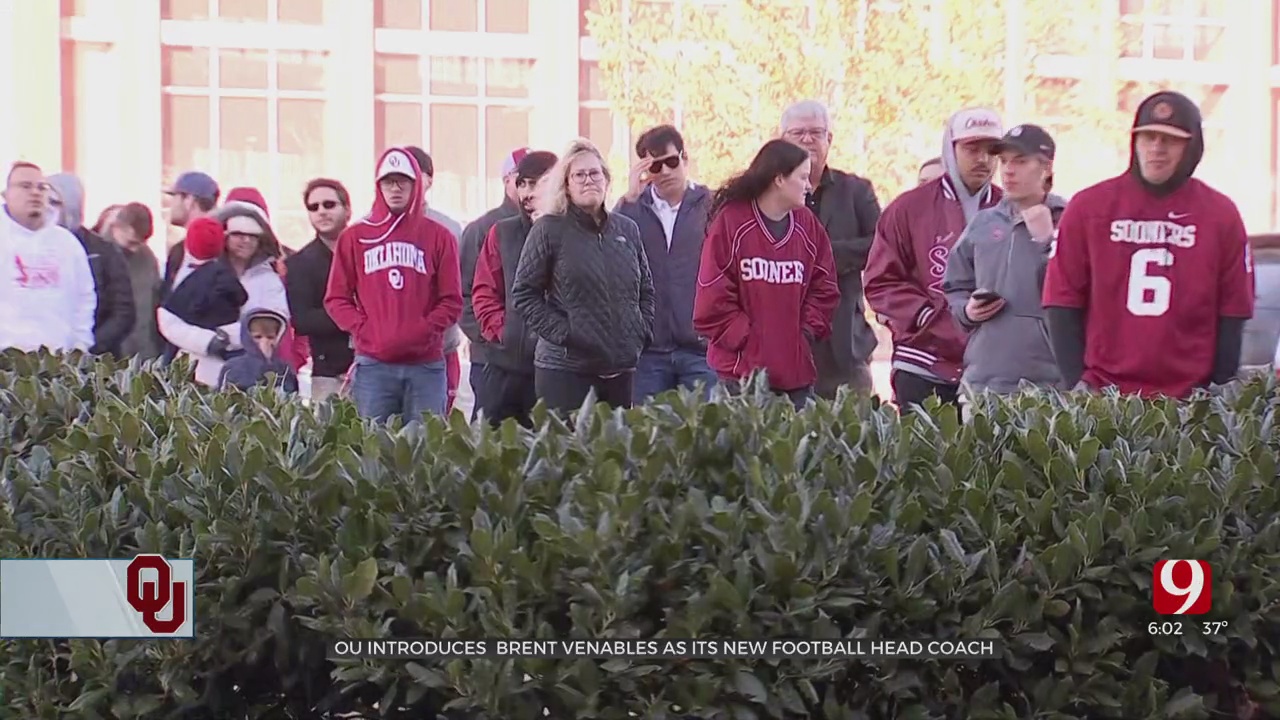 A large group of fans lined up outside the Everest Training Center to hear their new head coach speak. Several told News 9 they’re excited about this next chapter.

However, it was a campus full of stress and chaos just last week.

Fans said it was full of long days looking at their phones, trying to figure out who their next coach was going to be after the abrupt departure of Lincoln Riley.

Many speculating as several names came up during the coaching search. On Sunday night, fans finally got the news and they said Brent Venables was the right choice all along.

Fans also said they feel comfortable with the hire since Venables was on the staff for 13 seasons alongside Bob Stoops.