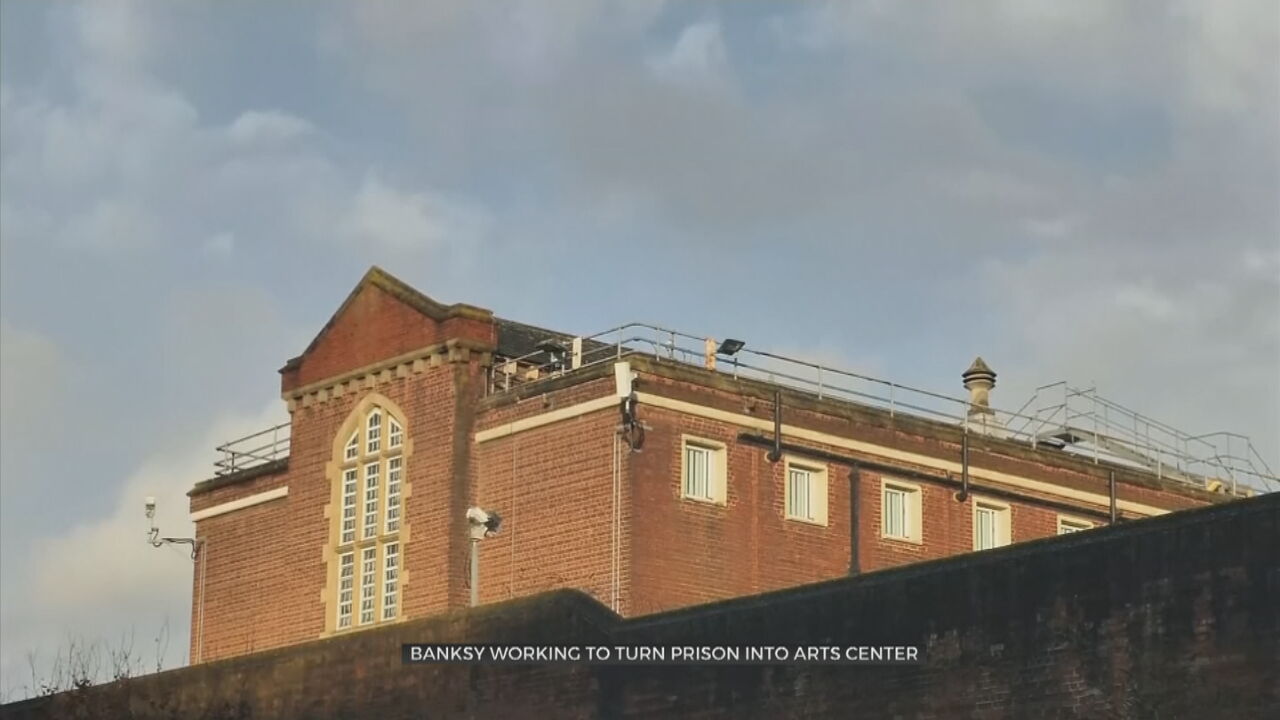 Could a former jail become an arts center thanks to Banksy?

The anonymous street artist painted the wall of Reading Prison, which has been unoccupied for the past eight years.

The image of an escaping convict is typical of Banky's humor.

Now that the Ministry of Justice wants to sell the building, Banksy has offered to sell the stencil used for the artwork to prevent housing developers from buying the prison.

Instead, it would become an arts center.

The sale of the stencil could raise an estimated 10 million pounds and boost the offer put in by the local council.

But the ministry says that the deadline for bids had passed.

"I think it's criminal. I think it's a conversation that needs to be entertained. This was a place of dark, harsh correctment, and we're looking to turn it into a place of opportunity, creativity and freedom and fun," says Toby Davies, Artistic director, Rabble Theatre.

The man featured on the wall is said to resemble Oscar Wilde, the famous British writer, who was housed here for two years in the late 1890s after his affair with another man was exposed.

It's one of the first times that Banksy's tools have been offered for sale, providing a window into the artist's mind and creative process.