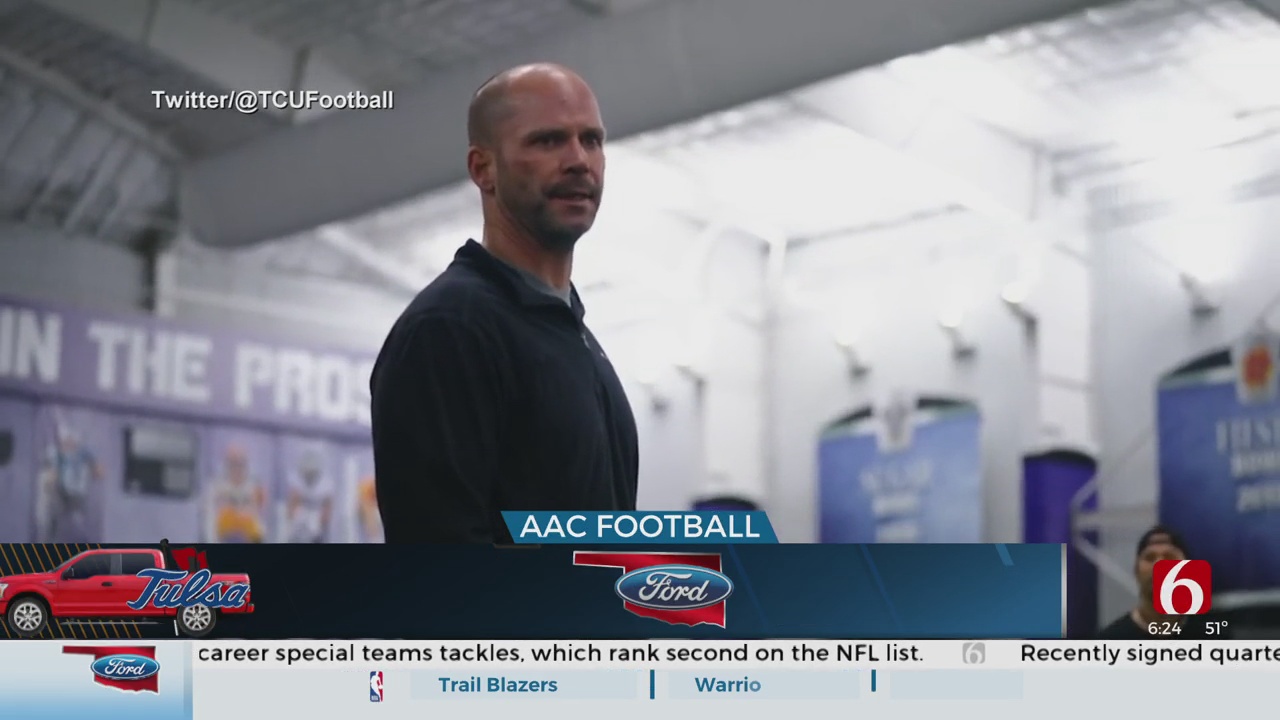 Call it open season on coordinators in college football.

Tulsa Defensive Coordinator Joe Gillespie has taken the same position on Sonny Dyke's staff at TCU, and he's taking Cornerback Coach Carlton Buckels with him, according to sources.

Gillespie spend the past seven seasons at Tulsa and he was promoted to defensive coordinator in 2019.

The Golden Hurricane ranked in the top half of the conference in total defense each year since his promotion.

Gillespie was introduced to his new team on Wednesday.