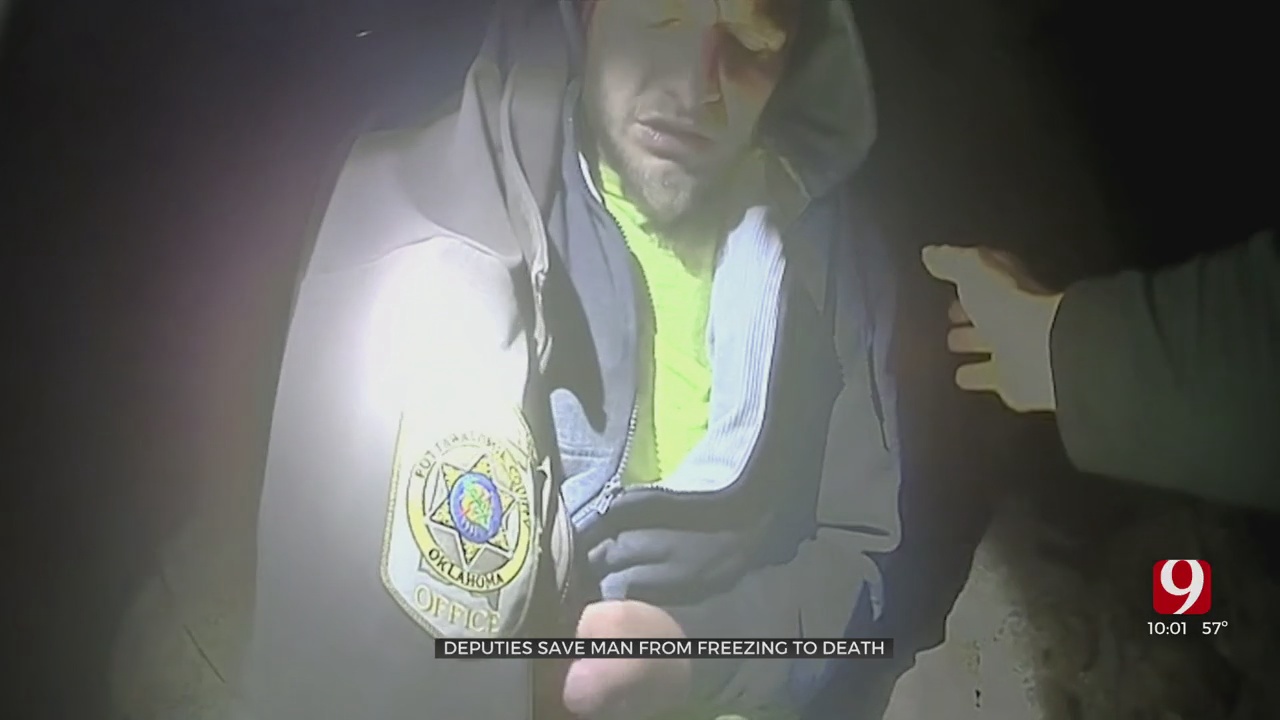 Two deputies at the Pottawatomie County Sheriff’s Office is being credited for rescuing a fisherman who fell overboard while kayaking.

Deputies were dispatched to the area of E1100 Road and Kings Road northeast of Shawnee around 9:30p.m. Sunday.

When deputies Wesley Niedel and Chris Harmon arrived, they found Johnathon Baker, 25, sitting on a sandbank.

Baker told deputies he had been outside and soaking wet for hours.

Neighbor’s heard Baker’s cries for help from around a mile away and called 911.

Instead of waiting for the fire department to rescue Banker, deputies Niedel and Harmon jumped into the river and carried Baker over a quarter of a mile to safety.

Deputies say Baker was under an hour away from hypothermia as temperatures were dropping into the low 30s.

“The deputy could of went out there, checked the area, said that he didn’t hear anything or didn’t see anything and gone back in service,” said Lt. Jared Strand of the Pottawatomie County Sheriff’s Office. “He took that extra step to ensure that he did everything he could to try to locate someone that was yelling for help.”

Deputies Niedel and Harmon are rookies on the force. The sheriff’s office says they were hired only a year ago.

If not for them, Baker’s family says he wouldn’t have made his daughter’s first Christmas.

“I’m so happy to know that there are still some good people out there,” said Baker’s mother, Tina Velliu. “I could never thank them enough. They went above and beyond their call of duty and I am very thankful for them.”

The sheriff’s office says they’ll be nominating both deputies for a lifesaving award given out by the Oklahoma Sheriff’s Association.