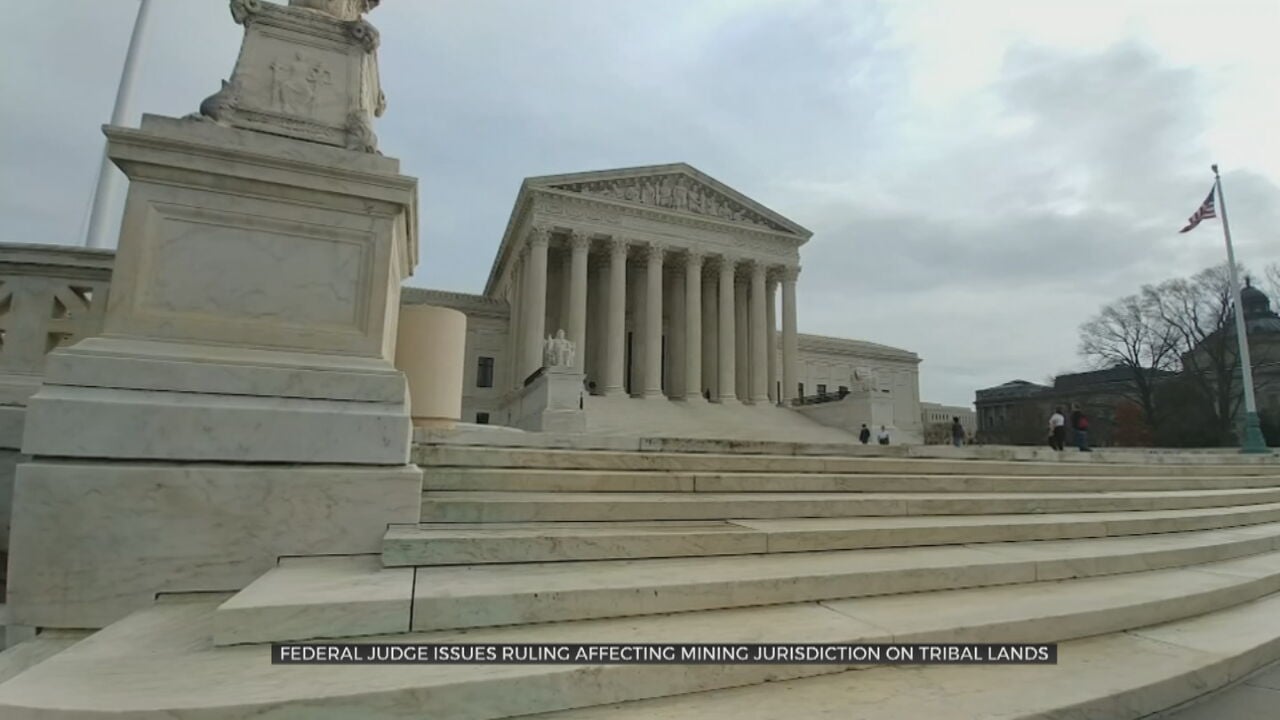 A federal judge denies the state of Oklahoma's injunction to stop the Interior Department from taking surface mining jurisdiction away from the state on the Muscogee Reservation.

It all started last year, when the Supreme Court ruled in McGirt versus Oklahoma in part that Indian reservations in the eastern part of the state were never disestablished, taking criminal prosecution authority away from the state in cases involving Native Americans on tribal lands.

In April, the Interior Department notified Stitt and the state, that because of the Supreme Court’s decision, the federal government would take over mining jurisdiction on tribal land, specifically the Muscogee Nation.

Stitt sued to stop it and told News on 6 why in July.

"My concern is McGirt was limited to criminal only,” said Stitt. “And so this is the first example of the Biden administration, a federal agency, coming in and expanding this to civil regulations."

Last week, a federal judge in the Western District of Oklahoma issued a 19-page response to the state's request.

In it, the judge makes it very clear, his decision is not about whether McGirt was correctly decided, and says the case is "a prime example of the havoc flowing from the McGirt decision."

But he says "Oklahoma has not shown a likelihood of success on the merits of its claims." And also that "this is a narrow ruling interpreting a single federal statute."

Governor Stitt’s office said they do not have a new comment, but they do plan to continue challenging other aspects of the Supreme Court's ruling.

There are other pending lawsuits.

The Muscogee (Creek) Nation sent News on 6 this statement on Tuesday as well.

We applaud the court for recognizing that each of the State’s arguments in this case were flawed and for affirming that the Muscogee (Creek) Reservation meets the definition of “Indian lands” under federal statutes that regulate surface coal-mining operations.

This ruling represents another court, another rejection of the Oklahoma Governor’s obsessive assortment of challenges to the basic principles of tribal sovereignty affirmed last year by the U.S. Supreme Court.

It’s long past time for the Governor to shut down his political campaign of obstruction and start working with Tribes for the benefit of all Oklahomans.