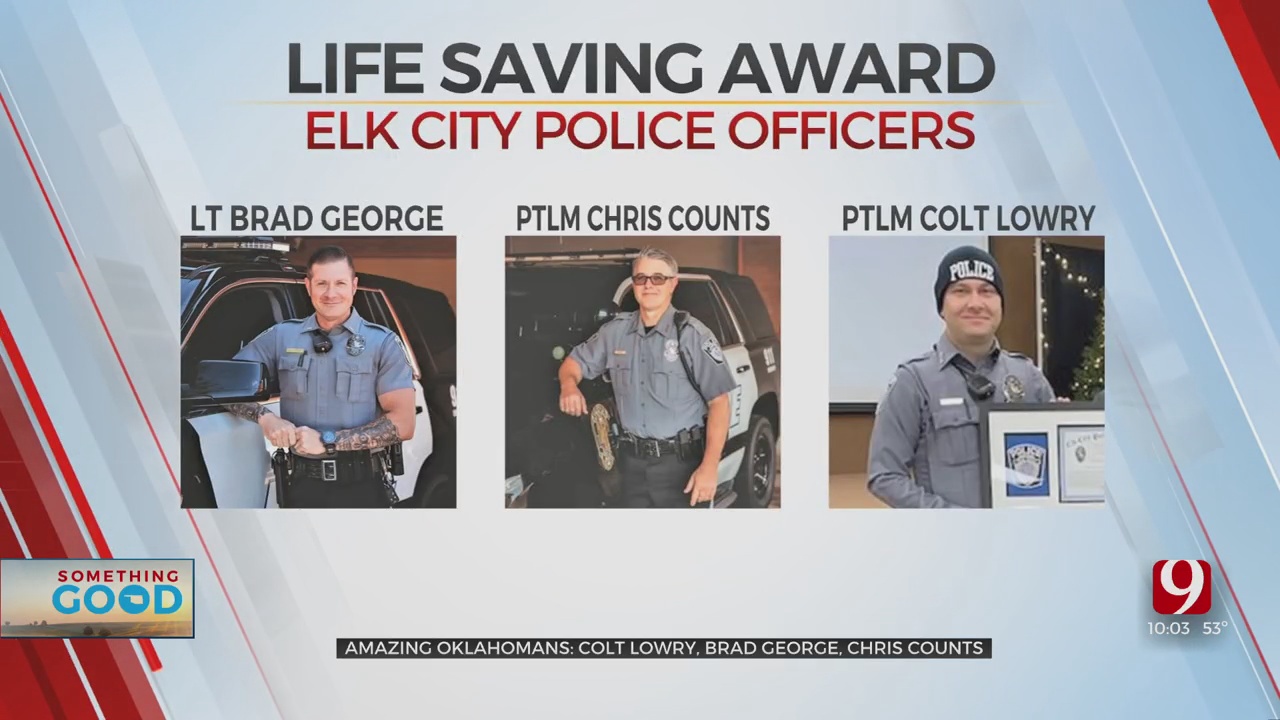 The annual award recognizes officers who have gone to great lengths to show compassion and empathy in their everyday job.

Multiple 911 calls indicated an elderly man, having a mental health episode, walked inside the hotel bar with a gun and told patrons to call police.

Callers told dispatchers the man planned to shoot at officers when they arrived.

“He’s not trying to hurt anybody, he’s a disabled veteran, a few loose screws,” an employee on bodycam told officers. “(He) just needed someone to talk to, he didn’t come in here threatening anybody.”

The man was expecting officers to arrive through the front door.

After arriving on scene, the officers quickly thought to enter through a back door where the man was not suspecting they would enter.

The man is seen on bodycam video reaching for his gun before officers tackle the man to the ground and safely retrieve the gun.

“He told us that his full intention of standing out front of that bar (was that) he was going to start shooting and the officers would return fire,” said Elk City Police Chief, Eddie Holland. “It would be suicide by cop.”

Police learned the man suffering a mental health episode is a veteran and served as a police and jail officer.

George is a veteran at Elk City Police, Counts has a long career in law enforcement and Lowry just started the job over a year ago.

“They have good heads on their shoulders,” said Holland. “They did a fantastic job that night and saved that man’s life.”

Holland says in his four-decade long career, he’s only met officers who have wanted to help people. This incident, he says, is yet another example of just that.

“It could have gone sour so quick and been justified,” said Holland. “The officers just used those instincts, took that extra step and saved that guy’s life. (They) make us all proud.”

Nobody was seriously hurt in the incident.

The man was taken to Oklahoma City for mental health treatment.