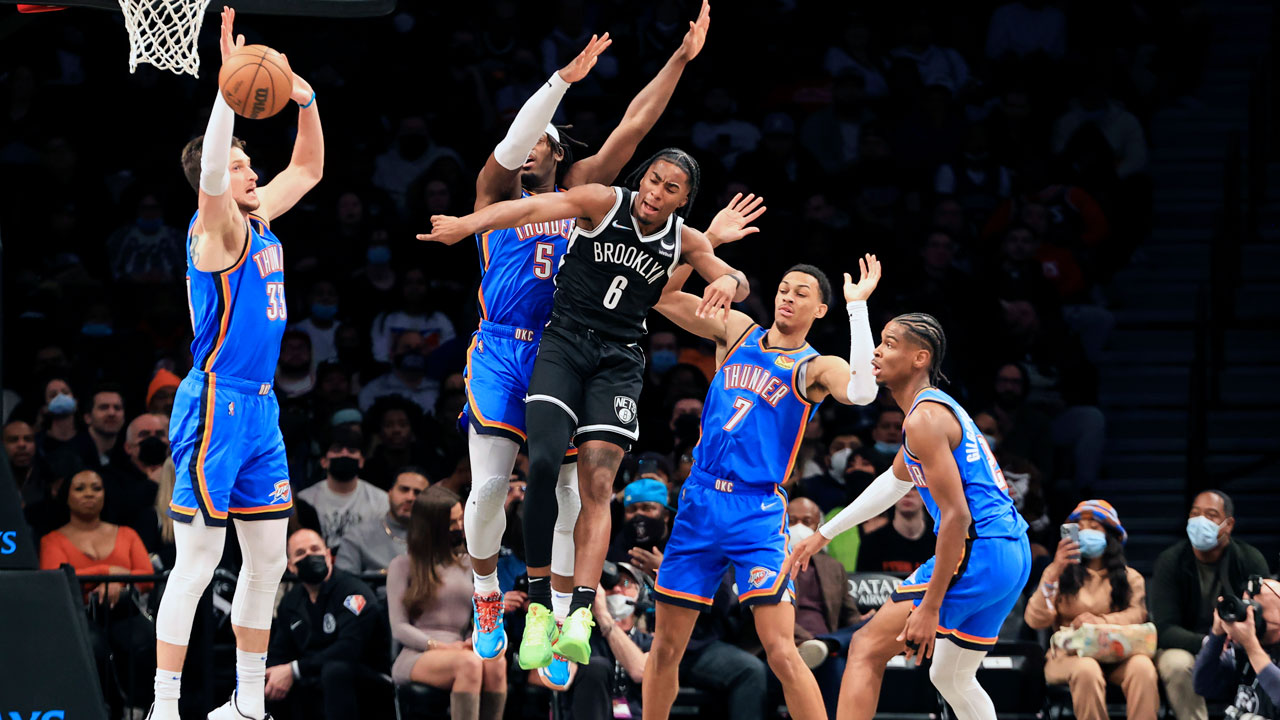 Thunder Roll Past Nets In Brooklyn

Rookie Josh Giddey added 19 points for the Thunder, who jumped on a weary Nets team to snap a five-game losing streak with their first victory in 2022.

They hadn’t won since beating New York at home on New Year’s Eve. But with NBA scoring leader Kevin Durant resting, the Thunder led comfortably for most of the last three quarters and improved to 14-27 at the midpoint of their schedule.