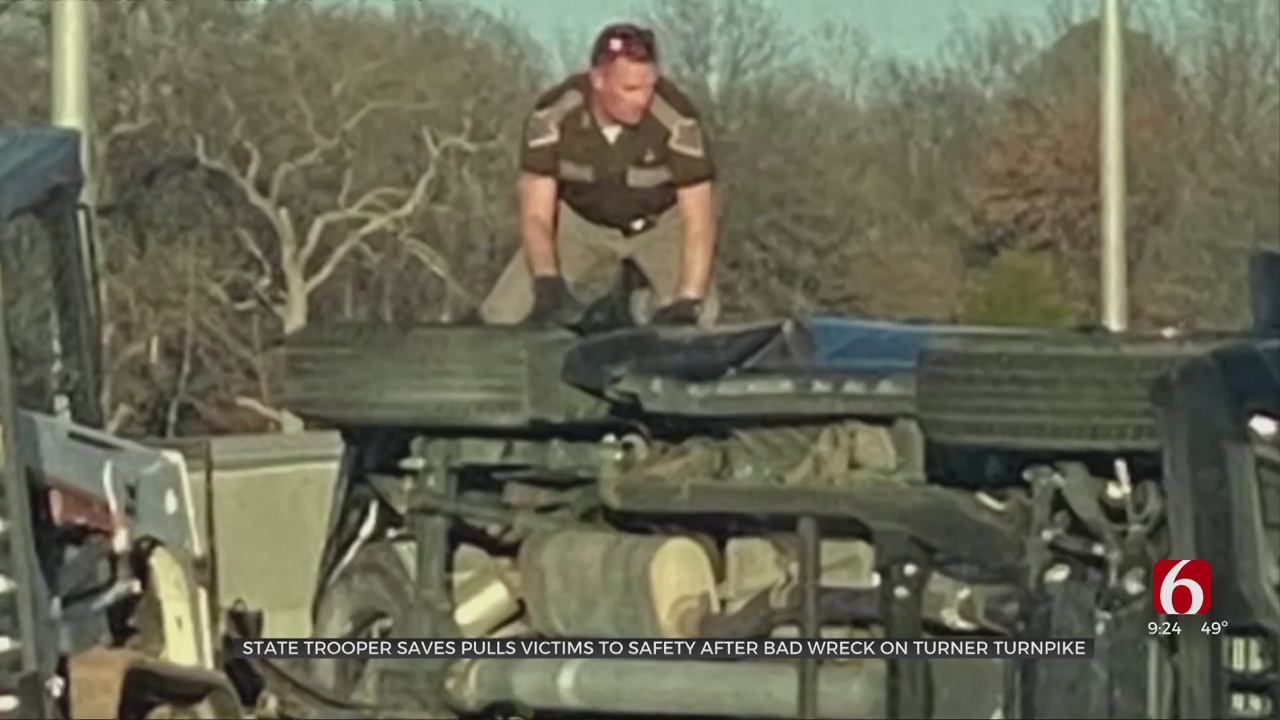 A picture captured quickly on a cell phone by a driver along the interstate is going viral and receiving praise from the public.

"There's 740 something state troopers across Oklahoma that would have done exactly the same thing," said Colby Rohr, a trooper with the Oklahoma Highway Patrol.

"The highway patrol was unaware I was even in the area," said Rohr.

Rohr, who's assigned to patrol the Will Rogers Turnpike and is based out of Vinita, happened to have to go to Oklahoma City earlier this week.

On his way back, while driving along the Turner Turnpike in Creek County, he noticed traffic slowing ahead.

A truck with a trailer had jackknifed and rolled over just moments before.

"When I ran around the vehicle, I could see through the windshield the two people and so the only way I could get to them was to climb up the side of the truck, down the bed and then luckily the doors were still operable,” said Rohr.

As other traffic continued to speed by, Rohr pulled out two men, who both were shaken up, but alive.

Unknowingly, another driver was watching nearby and posted this picture on Facebook, which read, "This is what a hero looks like to me."

Rohr said he's thankful he happened to be in the right place at the right time.

"I just tried to clear the road and help the people,” said Rohr.

The highway patrol said both of the men who were in that wreck are doing okay.