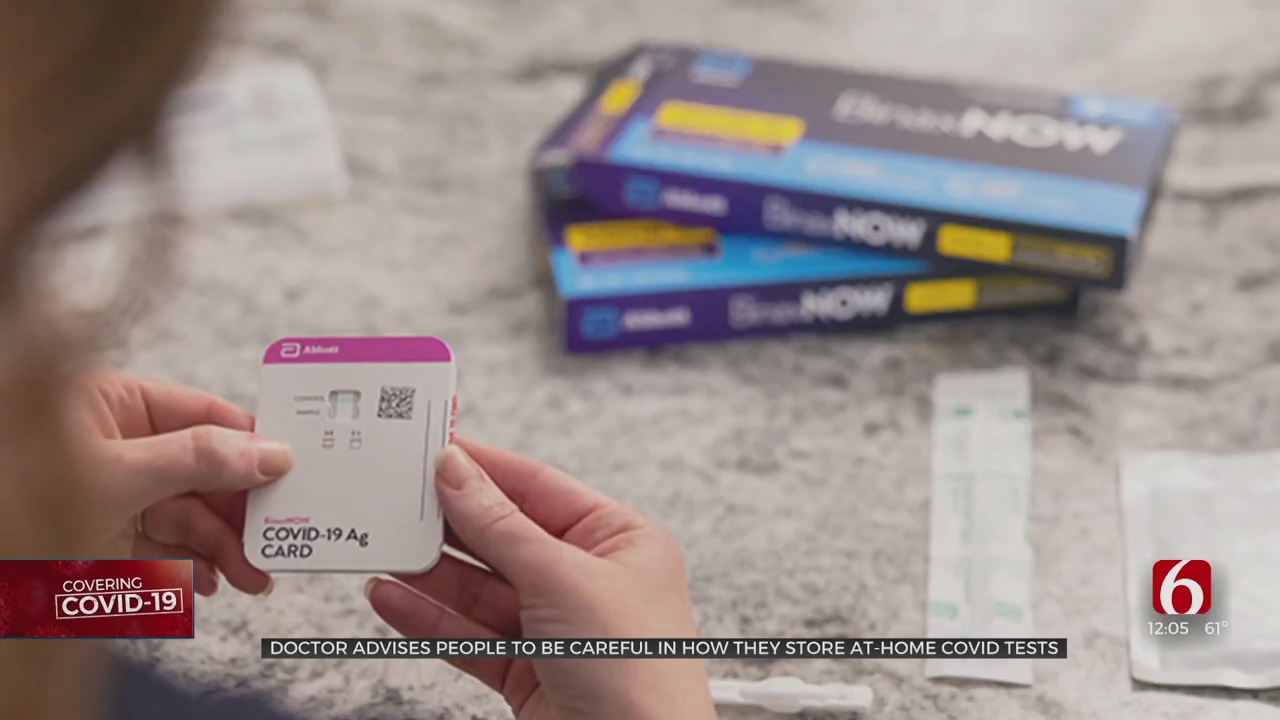 Millions of at-home COVID-19 tests are being sent in the mail and as freezing temperatures approach the state this week, experts say properly storing the tests is important because it ensures accuracy.

As with any medications or tests, doctors say people should be careful about where they're stored.

Mercedies Cruce took an at-home test while she had symptoms, and says it came out negative.

“I got an at-home test and tested, and it came up negative, and I was like, this is really weird, I am the only one that has symptoms, maybe I’ll call my doctor,” said Cruce. “And so I called my doctor, and sure enough, me and my 8-year-old tested positive the next day.”

Doctors said while these tests are mostly accurate, storage can make a difference in the outcome.

It is also important to make sure that tests are not exposed to cold or hot temperatures for a long time.

Cruce says she is thankful she got another test at the doctor and trusted her instincts.

Dr. Grewe-Nelson said if people are wanting to order a free test from the government, they should go ahead and do so now, to get them in soon.