Legislation Looks To Give 'Best and Brightest' Teachers A Pay Bump: This Is How It Could Look 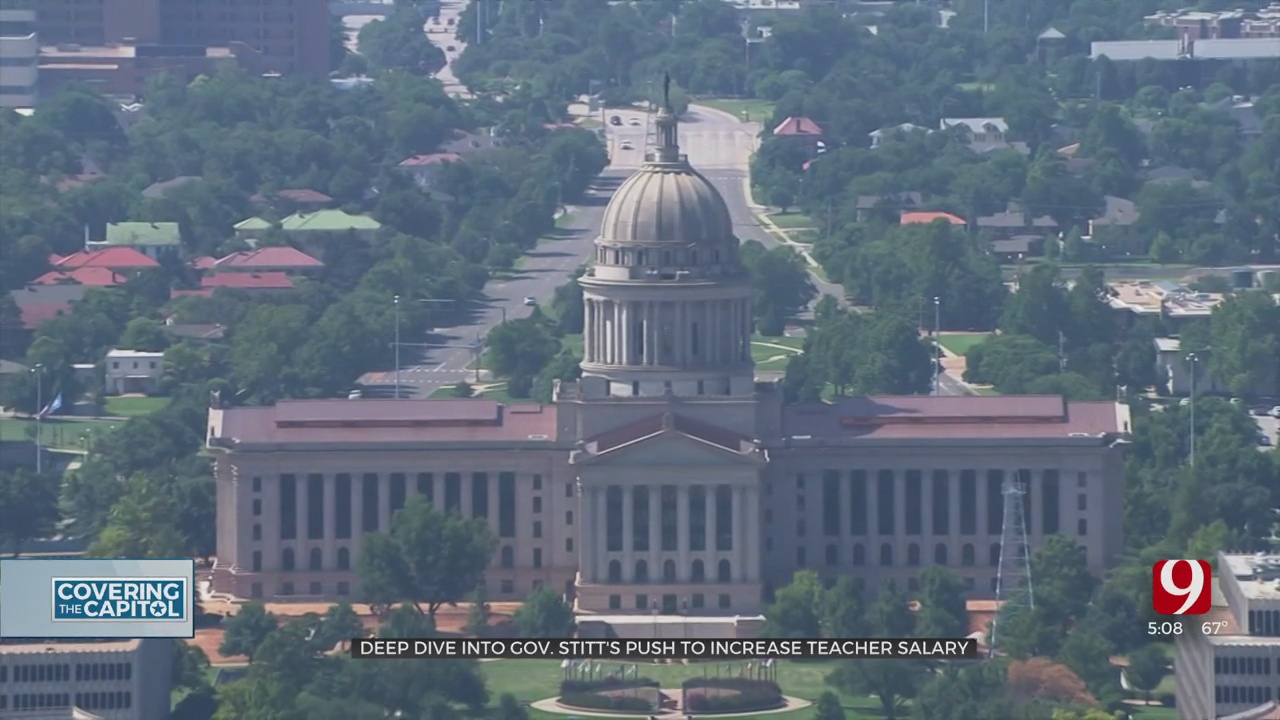 Gov. Kevin Stitt Pledged To Raise Some Teachers’ Salaries In State Of The State Address

Governor Kevin Stitt announced Monday in his annual State of the State speech a plan to pay some Oklahoma teachers up to $100,000.

The legislation behind this reference is House Bill 4388 and HB 4387, both sponsored by state Representative and Common Education Committee chairman Rhonda Baker of Yukon.

Baker said some details of the legislation still need to be sorted out in committee.

“We’re making sure that we’re recognizing who the best are, and we’re paying them above and beyond the salary schedule for the extra work that they do,” Baker said.

Local school districts will determine who their best and brightest teachers are in three tiers of increasingly valuable stipends: advanced, lead and master tier.

“It could be teacher evaluations, it could be student performance, it could be their leadership requirements,” Baker said. “Maybe the mentorship skills that are so important.”

Baker said a lot of teachers could qualify because many are already going above and beyond at their schools.

The legislation was initially developed during the 2018 teacher walkout, but it failed due to a lack of funding.

For eligible teachers to make $100,000 annually, it will take laying several aspects of the bills funding mechanism that could make it possible.

The Oklahoma Lottery Commission has contributed $60 million to the education fund.

Any revenues over that — up to an additional $20 million — will go into the Teacher Empowerment Fund to pay for the program.

It will be up to school districts to determine the stipend amount that each level of certification is worth. The Teacher Empowerment Fund will match that.

There’s also an additional stipend for teachers at Title I schools or schools with less than 1,000 students written into the legislation.

“Now that we’ve got a funding mechanism to where we can match dollars, we are hopeful that will be able to actually see this bill and get it to fruition and have the teachers reap the rewards of it,” Baker said.

The governor was referring to a best-case scenario in terms of this legislation, not a sweeping reform of teaching salaries in Oklahoma.

Legislation Looks To Give 'Best and Brightest' Teachers A Pay Bump: This Is How It Could Look