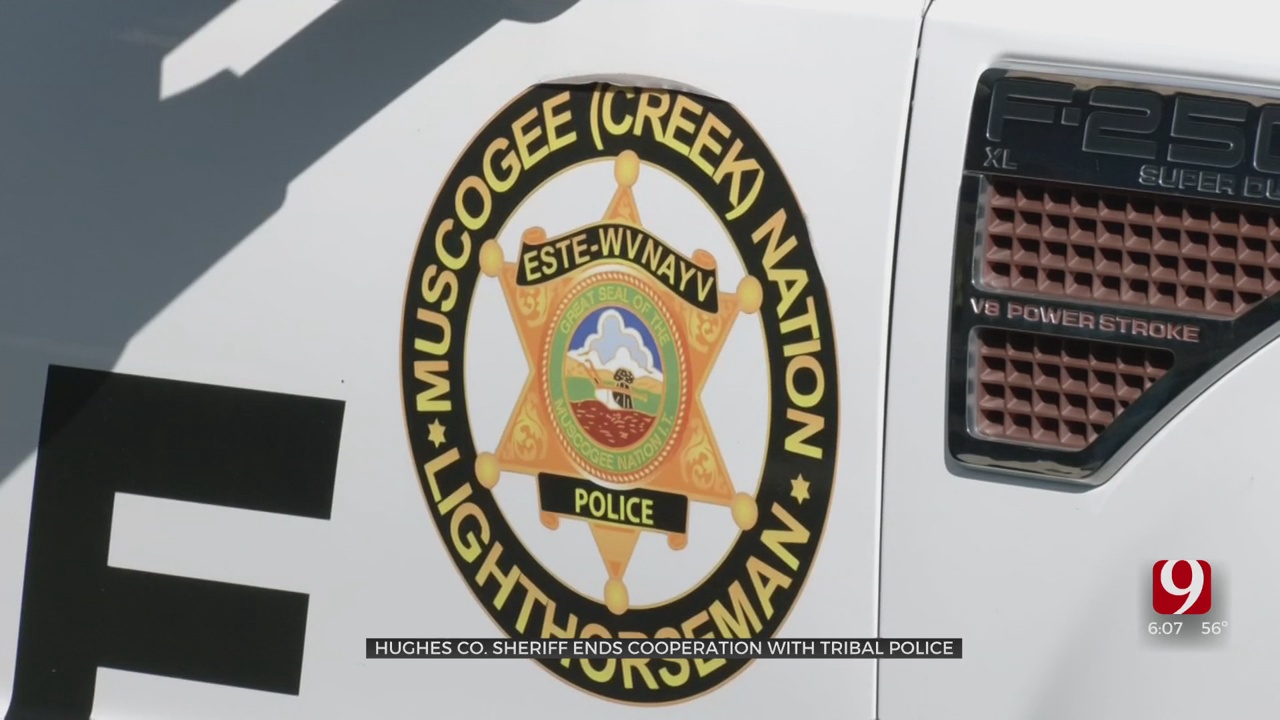 Relationships between the tribes and law enforcement have been strained since the McGirt ruling transformed the state's judicial system.

Hughes sent a two-page open letter notifying the tribe and local law enforcement her agency would no longer honor their cross commission with Muscogee Nation. She said the separation is due to “the tribe’s inability or refusal to assist on tribal calls.”

A spokesman for the tribe said they hadn’t receive the letter. "We’re reviewing these serious allegations the Sheriff outlines in the letter received by you, but not by us," Muscogee Nation Director of Communications Jason Salsman said.

Among the allegations, Maxwell said in one case she personally arrested a suspect accused of a beating an elderly man during a winter storm only to have the suspect walk free once turned over to tribal police.

Just this week, Maxwell said her deputies found a Native American man passed out drunk behind the wheel and an intersection. “They refused to come down here. They said to call him a ride because ‘if we come it’s going to be a public intoxication (charge) only,” she said.

"I feel that the (Muscogee Creek Nation) has done a great disservice to the people of Hughes County," Maxwell said.

She said some tribal citizens mock and heckle her deputies, knowing they cannot take action against the natives.

“We’re starting to have kind of a vigilante kind of thing going on here in Hughes County,” Maxwell said. “People know lighthorse isn’t going to do anything and now they’re kind of taking matters into their own hands and that scares me.”

The Tribe’s spokesman said, “the Sheriff’s letter seems straightforward, the motives and the underlying issues are more complicated.”

Salsman said dropping cross-deputization doesn’t mean the County “suddenly regains jurisdiction” over Indians. “In fact, without a cross-deputization agreement, the Sheriff has created a great risk for civil liability if they make an error in arresting an Indian,” he said.

“It’s very disheartening when your best efforts to enforce the law and try to fulfill the Constitutional pledge to establish Justice in our communities and obtain a redress of the grievances for crime victims cannot be realized because of resource restraints, geographical obstacles, and the exercise of poor discretion by other entities with Jurisdiction that was once capably left to the State’s well-established infrastructure and system of mutual support and accountability,” Smith said.

“On the south half of Hughes County, we have never had an issue with a Choctaw Nation. If we have a tribal call we go on it and they show up and take care of business. It’s the Creek Nation, the north half the county that were having issue, not the entire county,” Maxwell said. 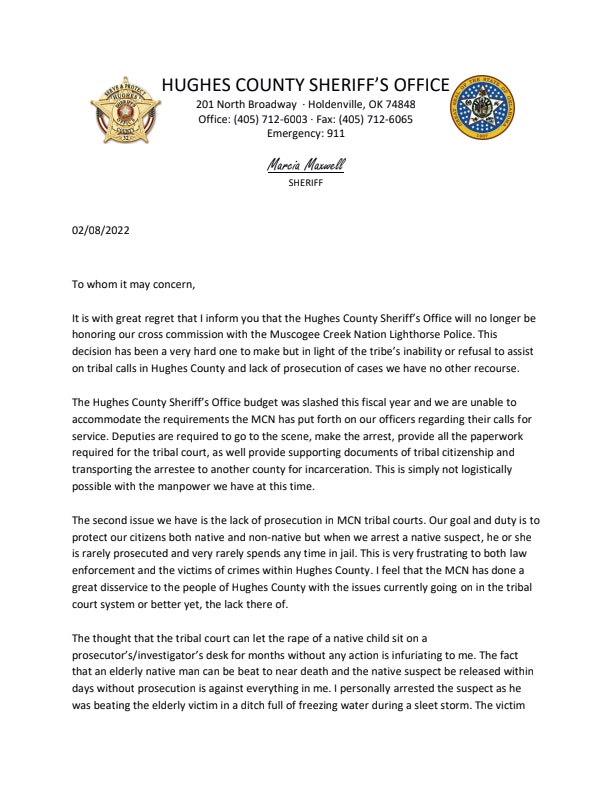 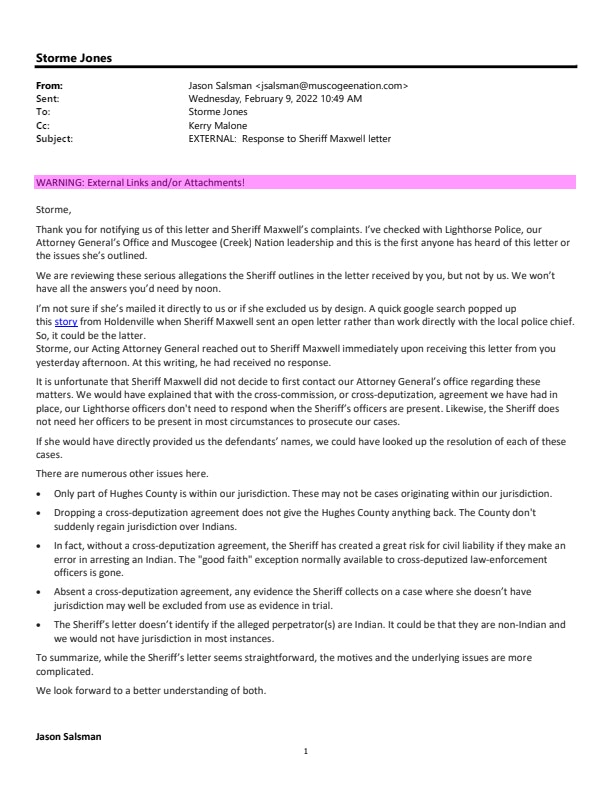