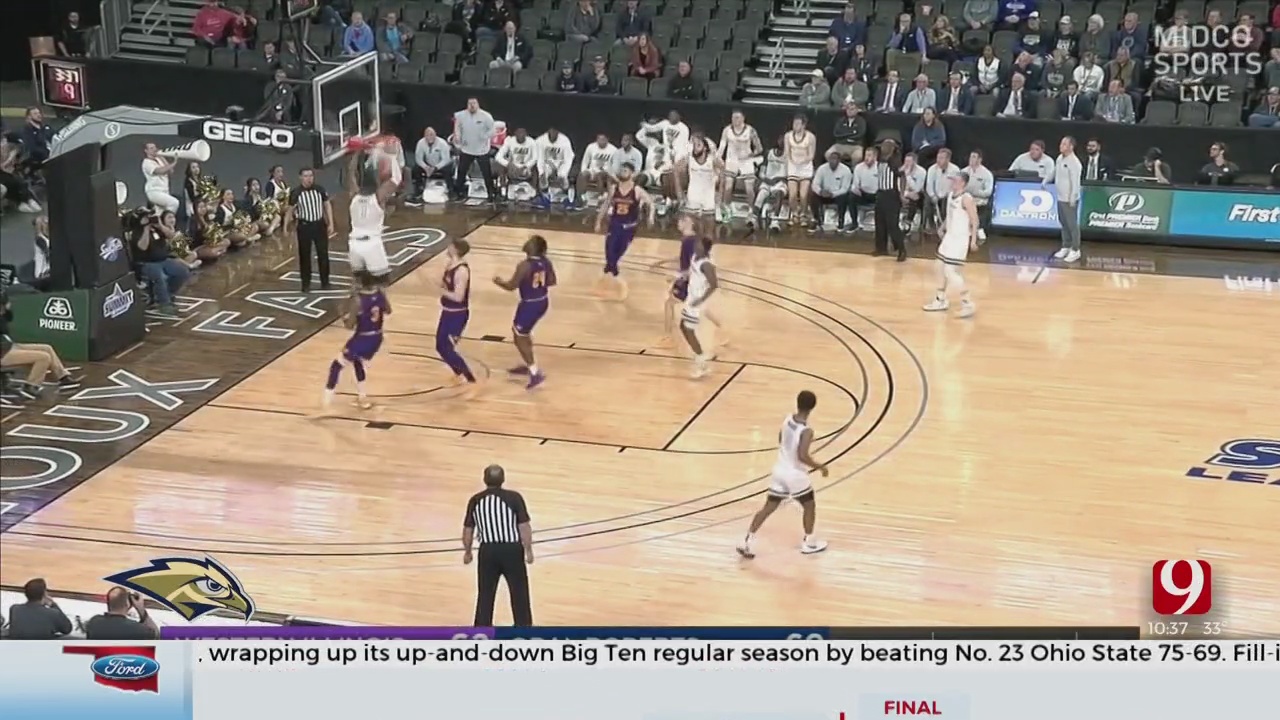 Dean Blevins and John Holcomb have the highlights for the Golden Eagles' conference tournament victory on Sunday.

Will Carius, the Leathernecks’ second leading scorer coming into the contest at 15 points per game, had four points. He shot 0 of 5 from behind the arc.