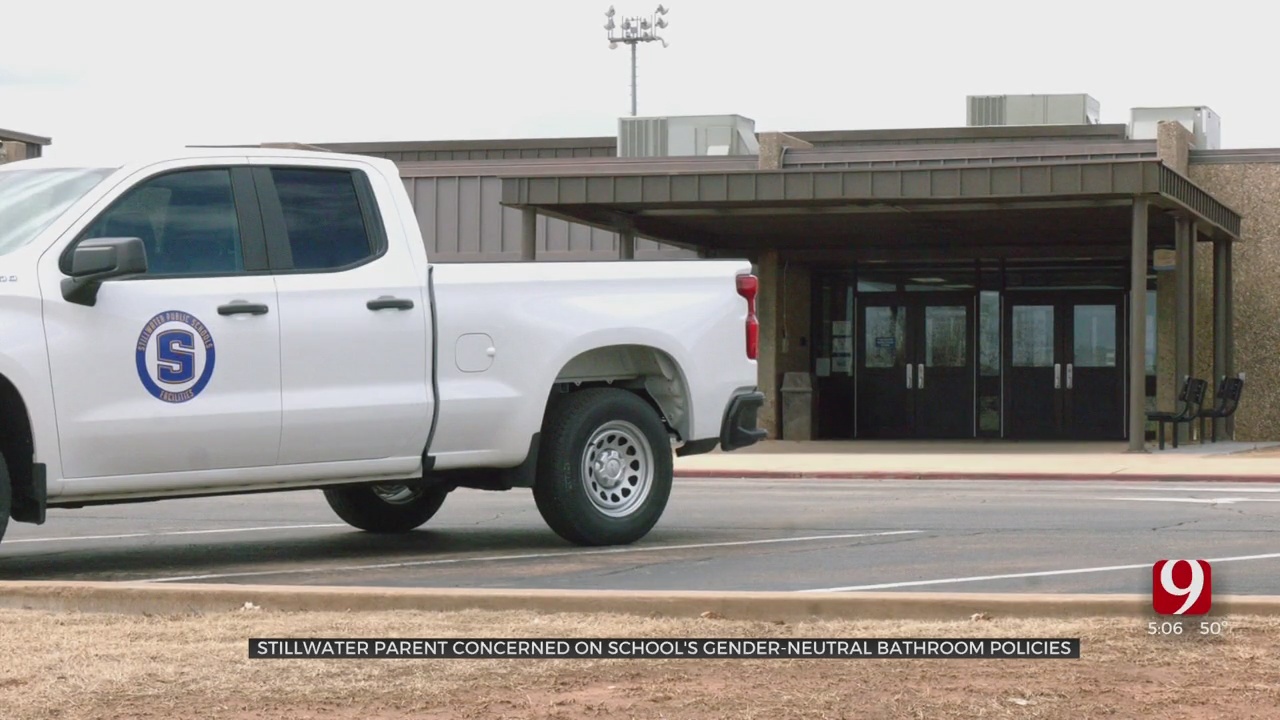 A parent of a student at Stillwater Junior High School said he agrees that all students should feel safe in school but disagrees with the district's policies on gender identity.

Ryan Aslop said he was shocked to learn Stillwater Public Schools is allowing students to use bathroom facilities based on how that student chooses to identify.

“The school was offering a gender-neutral bathroom for non-binary students, and I think that's a great option and that should remain the policy,” Aslop said. “Currently, those bathrooms are now not enforced to be used for children that identify as another gender.”

Stillwater Public Schools said they strive to create a space that is inclusive for all students.

The district said in a statement that their restroom protocols are guided by the Stillwater Board of Education Policy that's been in place for over 20 years, but it has been revised several times.

“District restroom protocols are guided by Stillwater Board of Education Policy DA. In this regard, the Office of Civil Rights—the federal agency charged with safeguarding equal access to education—recognizes that Title IX protects all students, including students who are lesbian, gay, bisexual, and transgender, from harassment and other forms of sexual discrimination. We, too, as a district, strive to safeguard equal access to education and endeavor to provide a learning experience and environment that is inclusive, engaging, and positive for all of our Pioneers,” the district policy said, in part. “We encourage families to visit with their students about their restroom options and decide on the best choice for their student. Gender-neutral and/or private restrooms are available for use by any student who prefers to use them. The district appreciates our community’s understanding as we navigate these important and complex matters. We want all our students to know they are embraced and valued by their school community. We are privileged to have each and every one of them as Pioneers.”

Aslop said his daughter is also concerned what could happen behind closed doors.

“The first few days she's decided not to drink water in an attempt to not have to use the restroom at school. Now, after Spring Break, she's opted to use the gender-neutral private restrooms. Unfortunately, there's not enough of those for the majority of kids,” Aslop said.

Aslop said he and other concerned parents were told it was a law and gender-neutral or private restrooms are available for use by any student who prefers to use them. He said he's reached out to several representatives about his concerns.

Aslop created a Facebook group to address this called “Stillwater Parents and Citizens for the Safety of Every Students.”