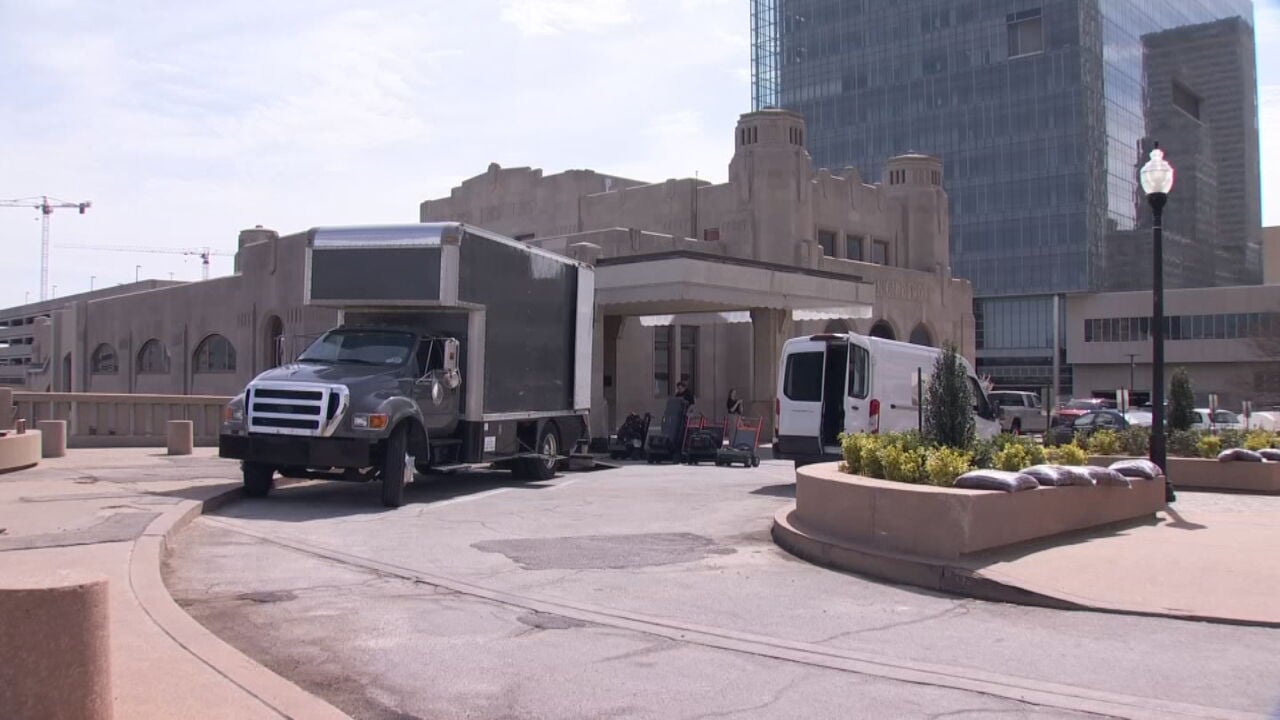 The new TV show "Tulsa King" starring Sylvester Stallone started filming today in Downtown Tulsa. Filming began near the Center of the Universe in downtown and many were hopeful to see a touch of Hollywood in Tulsa.

"Big Rocky fan, love all of the Rocky films up to Rocky five, so it would be great if we could stumble across Sylvester Stallone," said Matt Costanza.

Matt Costanza and Faith Langevin are visiting from Georgia. When they heard Stallone was in town, they say they couldn't pass up a chance to try and see him.

Tulsa King tells the story of a New York gangster who moves to Tulsa after spending 25 years in prison. Costanza said they weren't able to spot Stallone on set, but they still loved seeing crew members set up for filming.

Both Costanza and Langevin say this has been the perfect unplanned addition to their trip to Green Country, and they never expected to see something like this happening in Tulsa.

"I thought that was something you only find in LA or Atlanta or some other large, large city," Matt said.

Crews plan to wrap up filming on Thursday, March 31 and the show is expected to premiere in the fall of 2022 on Paramount Plus.