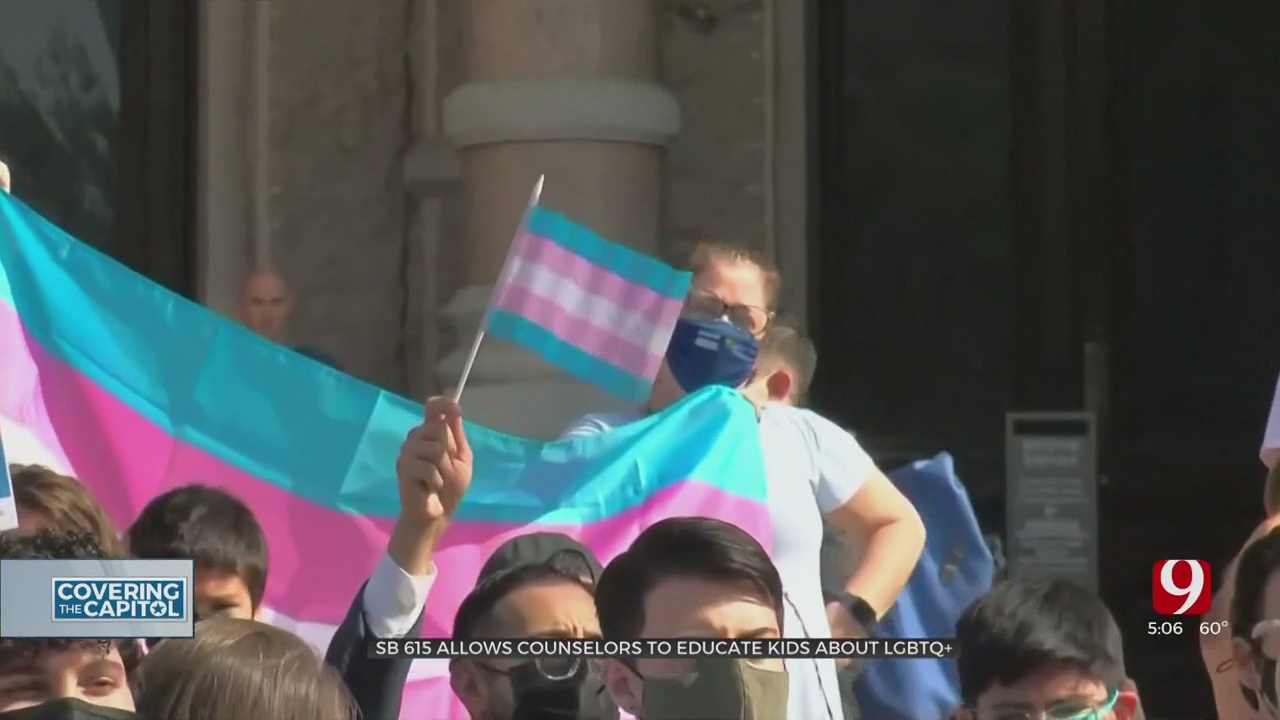 Child advocates said they’re concerned about a bill that passed Wednesday out of the State Powers Committee that could open up conversations between school counselors and students to their parents.

Senate Bill 615 seeks to make a wide range of educational materials dealing with sex and sexuality available to parents for review.

The bill also said that parents must give permission before their child talks about sex or sexual identity with a school counselor.

“This is from Cathy Cott of Cherokee County: ‘I know very much what it is like to have a gay kid in Oklahoma’s schools. My son is trans,” Waldron said. “If this bill is passed, there will be kids dying all over the state, either by their own hand or at the hands of an angry parent or guardian who has been called a school employee outing their child too them.”

Advocates at Freedom Oklahoma echoed similar concerns for kids who don’t have a safe home to ask questions about their gender or sexual identity.

“School counselors can really be lifesaving in their ability to have those conversations in a way that a student knows they have some privacy,” Freedom Oklahoma director Nicole McAfee said. “To switch that situation to one where those conversations could be reported out and monitored by their parents really means that, for some students, there would just no longer exists any safe person for them to have those discussions with.”

On April 1, the Centers for Disease Control published new data that showed one in four teenagers who identified as LGBTQ+ said they attempted suicide during the first half of 2021.

The CDC’s findings also revealed that almost half (46.8%) of teenagers who said they are lesbian, gay or bisexual seriously considered a suicide attempt during that same timeframe.

These results came to light due to the CDC’s first national survey of high school students.

This project was funded by the federal CARES Act to assess the mental health of American youth during the COVID-19 pandemic.

“There’s really just this constant fear that people have been forced to live in,” McAfee said.

The measure passed 4-to-1 and is expected to be heard next on the House floor.

Waldron plans to work with other members of the committee to adopt amendments that would protect conversations with school counselors before it heads to the governor’s desk to be signed.