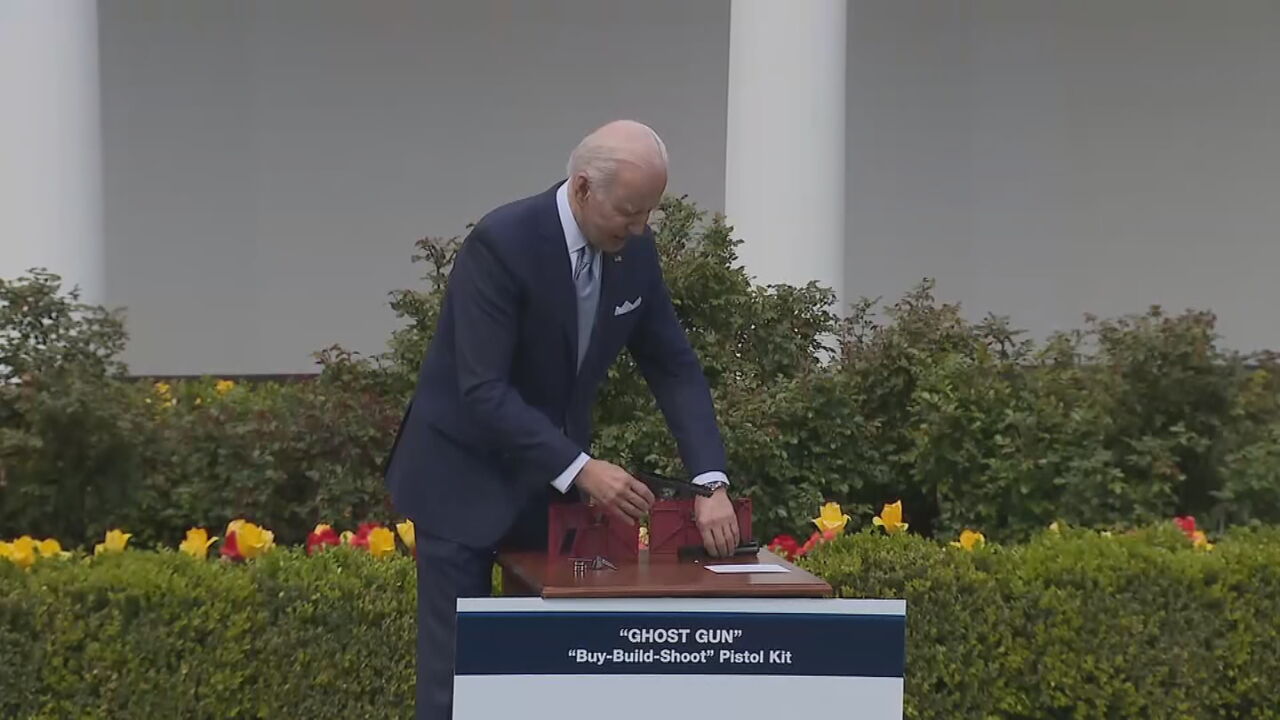 Oklahoma Senator James Lankford and several Senate Republican colleagues are joining in an effort to overturn a rule put in place by the Biden administration this week to try to prevent the use of un-serialized guns, also known as 'ghost guns.'

President Biden on Monday announced a new rule clarifying that so-called "buy, build, shoot" kits qualify as firearms, meaning the commercial manufacturers that make and sell them must be licensed, put serial numbers on the parts and conduct background checks prior to sales.

Without the rule change, the president said there would be nothing to keep someone who is legally prevented from possessing a firearm from purchasing one of the kits online.

"Folks, a felon, a terrorist, a domestic abuser can go from a gun kit to a gun in as little as 30 minutes," said President Biden Monday. "Buyers aren't required to pass background checks because guns have no serial numbers. These guns, when they show up at a crime scene, they can't be traced, [making it] harder to find and prove who used them."

Law enforcement has reported a significant increase in the use of ghost guns in recent years, saying that approximately 20,000 of them were recovered at crime scenes in 2021.

"That's a tenfold increase in these ghost guns from 2016 -- tenfold in five years," said Biden. "These guns are weapons of choice for many criminals. We're gonna do everything we can to deprive them of that choice. and when we find them put them in jail for a long, long time."

However, Sen. Lankford on Thursday called the move "just another attempt by the Biden Administration to strip law-abiding citizens of their Second Amendment rights," and said he and Sen. Ted Cruz (R-TX) were introducing a resolution of disapproval under the Congressional Review Act to prohibit the Department of Justice from implementing the new rule.

“Crime is going up in far-left cities because of soft-on-crime policies," said Lankford in a news release. "Biden’s response is to clamp down on guns put together in a kit. Federal law already prohibits felons from owning or possessing any gun, including so-called ‘ghost guns,’”

Rep. Markwayne Mullin, (R-OK2) wrote a letter to President Biden this week, offering a variety of criticisms of his efforts to curb gun violence. He told Biden that his idea of "commonsense gun-control" is actually an infringement on the rights of law-abiding citizens.

"Ultimately it is about "people-control," Rep. Mullin wrote, "and the American people know it. History has shown that registration (i.e., serialization) leads to confiscation."

President Biden on Monday announced the 'build' kits being sold online will now be considered firearms, meaning the manufacturers will have to be licensed, put serial numbers on the kits and conduct background checks on the buyers -- a move the NRA has called extreme.

At Monday's event at the White House, Biden addressed such concerns. In seeming disbelief, he noted that the NRA had said the ghost gun rule was 'extreme.' "Let me ask you," Biden responded, "is it extreme to protect police officers? Extreme to protect our children? Extreme to keep guns out of the hands of people who couldn't even pass a background check?"