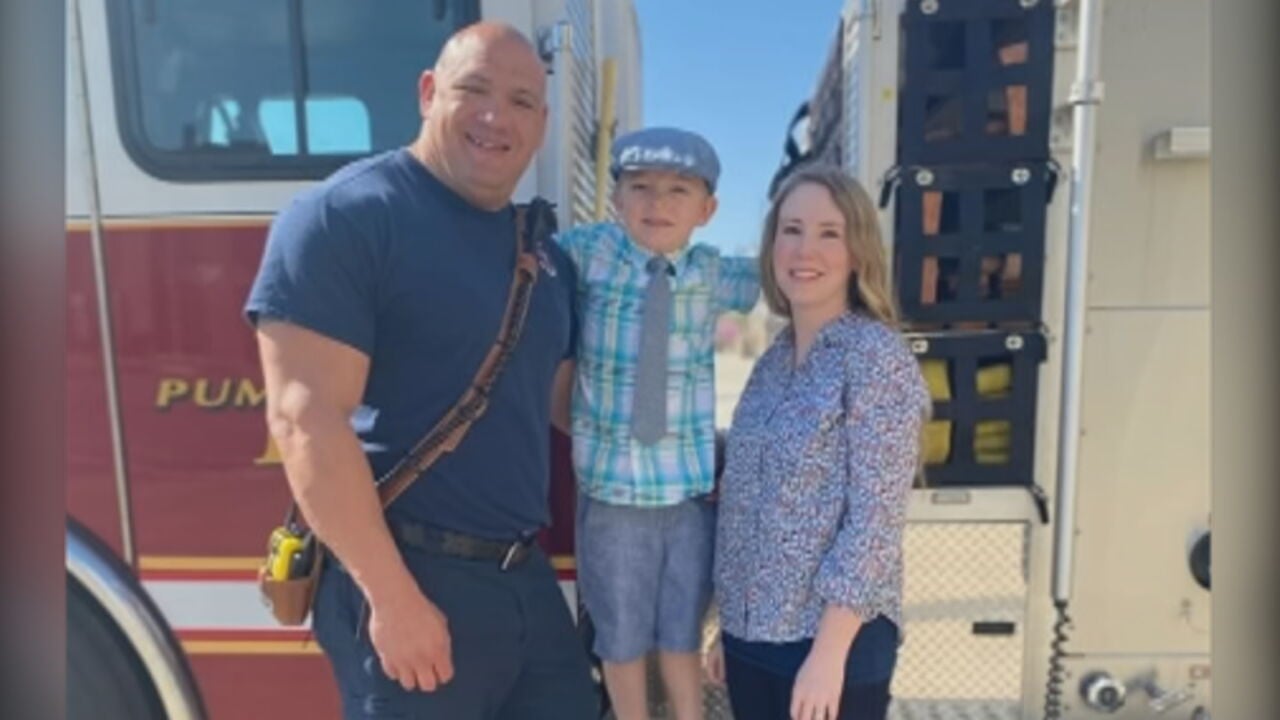 An off-duty firefighter and his wife jumped into action when they saw a woman being attacked by three dogs. The victim, 65-year-old Mabel Lackey is still in the hospital, but her family said the two heroes likely saved her life.

"I mean it would've been another few minutes there's no telling, I mean, I really think the dogs would've killed her," Michael Lackey, Mabel's son said.

Michael said the attack happened out of the blue. "They seen her checking the mail, they just came running at her. She tried to run, telling them to stop, to go away. She fell down," he said.

Mabel was on the ground for several minutes -- calling for help before Ana Marshall and her husband, Chad, who is a Bartlesville firefighter, heard the screams from their house an acre away.

"Once the two large ones started biting her the little one got around and just started pulling her hair," Michael said.

Ana put her body between Mabel and one of the dogs while Chad wrestled it away. "He said this dog was so strong it was even throwing him around and he is a huge man," Michael said.

Michael is thankful his mother survived -- but her injuries are gruesome and require skin grafts. "They're trying to get the wounds even like, straightened up so that the grafts will even take. I mean she's going to be in the hospital the doctor told my dad this morning at least two weeks," he said.

He's frustrated that dangerous dogs were running loose in the first place and hopes the owner will be held accountable. "There's no reason that dog should've been running loose. There's been other complaints about the dog from the neighbors that it was aggressive towards them," Michael said.

Chad and Ana were also bit several times and they were treated at a local clinic. They said they were doing what anyone would've done. The dogs in question will be quarantined.