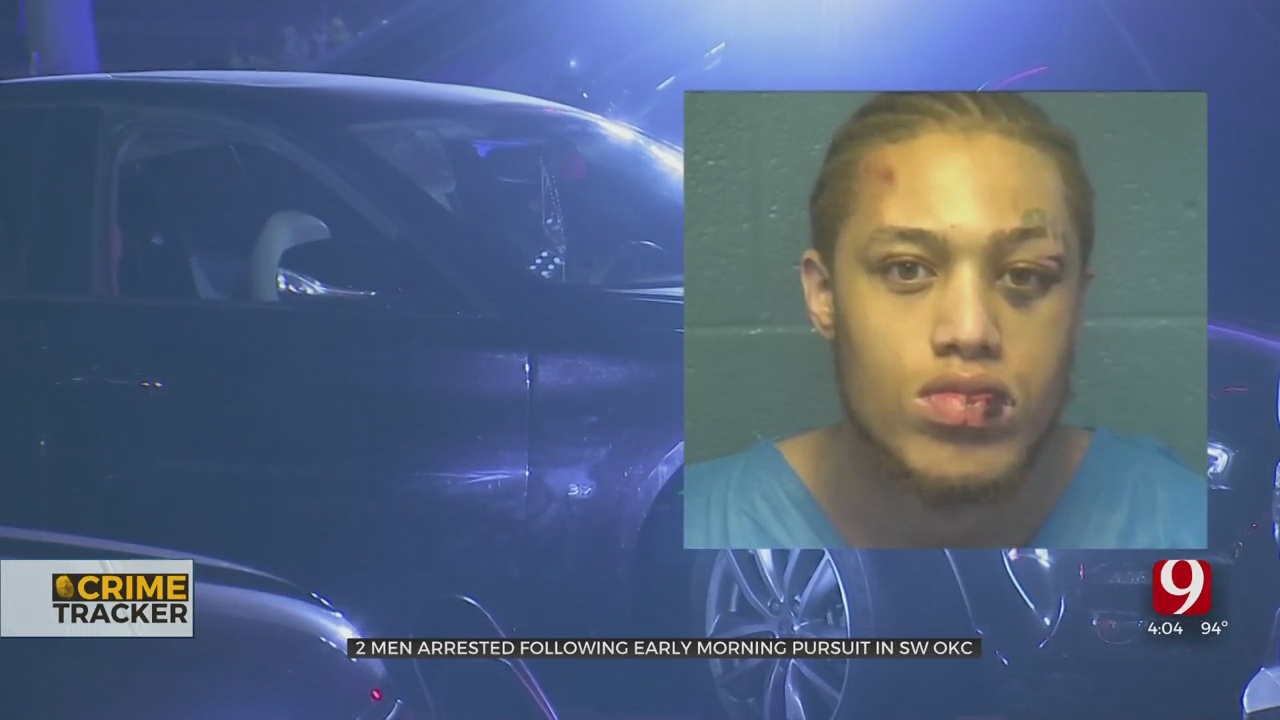 Oklahoma City police said two men are now behind bars after an early morning chase on the city’s southwest side.

A neighbor told News 9 a siren or two at night isn't unusual, but when she heard several cars race by, she figured it was more than a normal traffic stop.

"I seen (sic) a light through the window, and I opened the window. The blinds,” witness Lucy Ford said. “And there were all these cars just flying by. Police cars, sirens.”

The caravan of lights woke Ford and others who live on Southwest 43rd Street near Portland Ave.

The chase began at the Plaza Inn around 12:30 a.m. Wednesday and lasted for about a half hour.

Police said Lequevin Kelley drove the car that traveled up and down I-44 with OCPD in tow.

The car got off the interstate near Southwest 29th Street, the driver lost control and hit a curb. The car also began to smoke, but it kept moving.

Police said they used stop sticks to get the car to a stop.

Kelley was arrested. The passenger, Terry Warner, was found in someone's backyard.