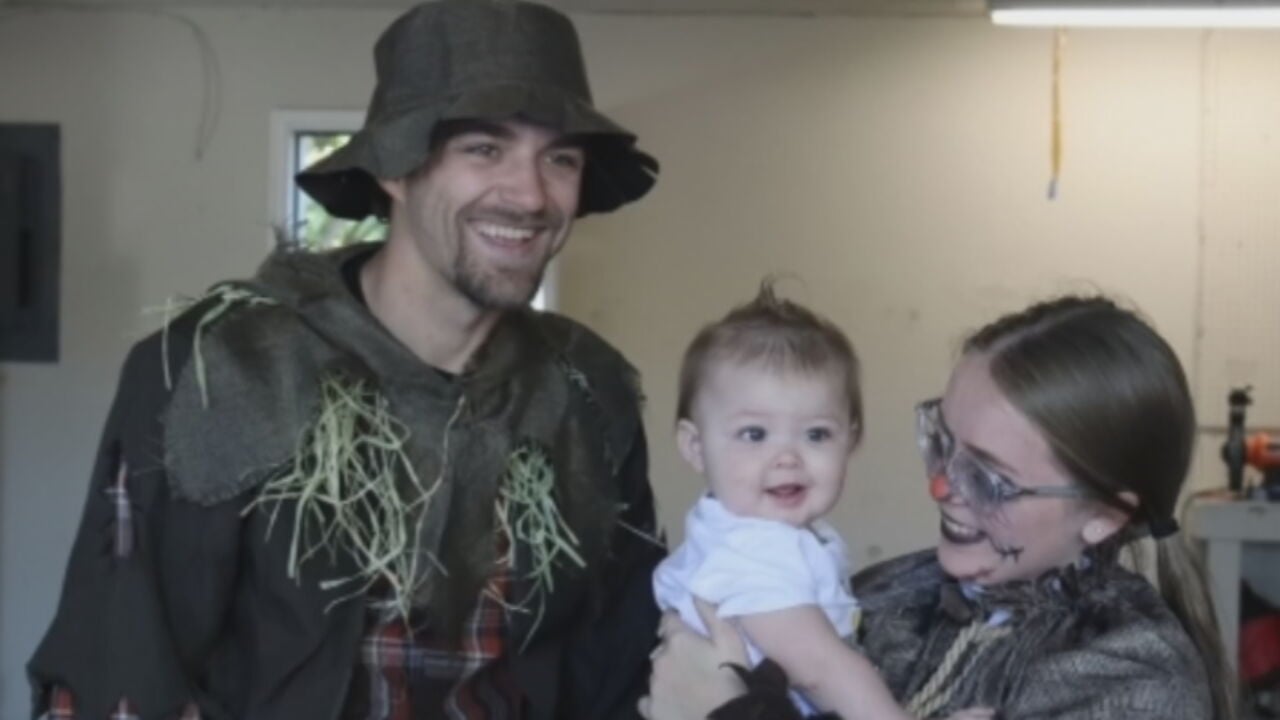 Loved ones are heartbroken over the loss of a young dad who died in a crash in Leonard. The Oklahoma Highway Patrol said Tyler Jackson wrecked his motorcycle into an SUV, which also killed the SUV's driver.

Cheyenne Cook said she called her boyfriend before he left work and told him to be safe. She didn't realize that would be the last time she'd hear his voice. "He said, 'I'll promise to always love you,'" said Cheyenne Cook.

Tyler Jackson was just 24 years old when he was killed Tuesday afternoon in Leonard. "He was my only friend. And I can't thank him enough for that," said Cook. Cook said they'd been dating for two years and were about to move into a house in Haskell together.

She knows how her boyfriend would want her to handle this loss. "He would want to tell me to be strong and he loved me, and he would want me to let his baby girl know that he loved her too," said Cook.

She said Jackson adored his one-year-old daughter. "She looks just like him. Her smile. She had his long eyelashes. She looked a lot like him. Like a spittin' image of him," said Cook.

She said Tyler loved the outdoors: cycling, mudding, grilling, and playing with their dog. "Didn't matter if we were out at the lake. Out at the river fishing. We were always doing something together we both loved," said Cook. "He was a very hard worker. And he loved his job. He was a tree climber. He loved it. He loved that adrenaline, going up in that tree."

Cook said Jackson was always looking for reasons to make someone smile. "He did anything to make anyone happy. It didn't matter if he had to stop on the side of the road to help somebody, and his jokes were priceless," said Cook. "He was never afraid to crack a joke and make everybody laugh. He was just, he was one of a kind, that's for sure."

OHP said Jackson was speeding on his motorcycle, on highway 64 when he crashed into the side of Sheri Tomlinson's SUV. Troopers said Tomlinson was turning left into when she was hit.

"I knew it was him, but I didn't want to think it was real. And at first, I didn't think, because he was a strong man, I thought he made it, but unfortunately, I was heartbroken," said Cook.

Cook said Jackson was supposed to be her forever but told us it helps knowing she was his. "I just want everybody to know that he was a good person and that he loved everybody and that he never intended on doing this," said Cook.

Some of Jackson's biker friends and family held a memorial ride on Thursday. They drove past where wreck happened before gathering at Lake BixHoma.