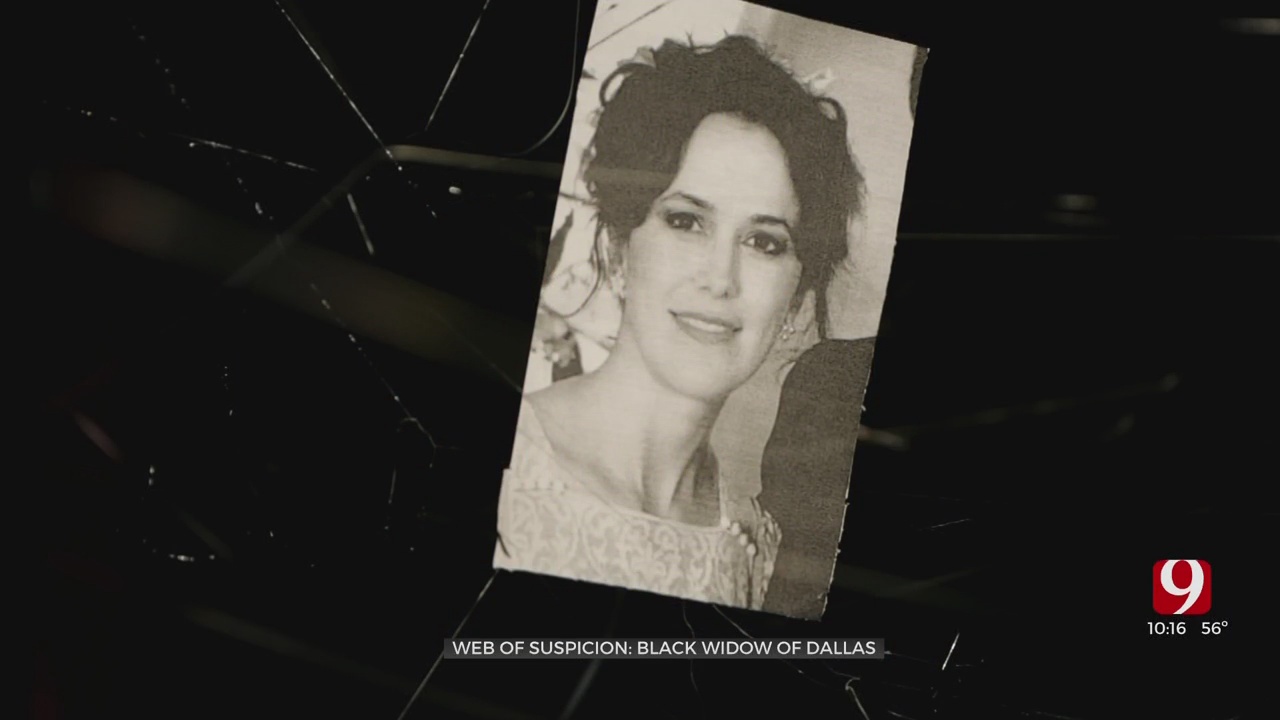 News reporters will tell you there are stories that stick with them, that they'll never shake from their memories.

Kelly Ogle was a radio reporter on a Frigid night in December of 1985, using a two-way radio to broadcast live reports. Officers on patrol had discovered a murder victim wedged between the center console and back seat of an SUV that had been abandoned. It would be a couple of days before he learned he actually knew they victim and this death would be linked to an infamous socialite in Texas.

“She was the Black Widow of Dallas,” says Ron Mitchell a retired OKCPD detective. He was a police officer in Oklahoma City for 32 years, for 17 he was assigned to the homicide detail.

This case has frustrated everyone who worked on it.

“Alan Rehrig is one that sticks in my mind,” says Mitchell. “I think about it a lot.”

A red-headed all-American boy with a million-dollar grin.

“He was a great guy,” says Karl McKinney, one of Rehrig’s closest friends. “Probably one of the greatest athletes I ever met.”

The Edmond newspaper practically ran out of ink printing headlines about the basketball brothers named Rehrig, Alan and his older brother Phil, both all-staters. Alan Rehrig went on to play at OSU, when he ran out of basketball eligibility, he started for the Cowboy football team on defense. With his playing career over, Kelly got to know Alan when he helped with his golf team briefly. But a job and fate took him to Dallas. And to Sandra Bridewell, a single mother of three children who men and women have described as captivating.

“He and Sandra picked me up at the airport,” recalls McKinney. When asked what he thought. “She blew me away. She was gorgeous.”

“I thought she was a very nice woman, and I thought the children were very nice and polite,” says Gloria Rehrig, Alan’s mother.

“He called me and said, ‘I’m getting married!’ Says McKinney “And I said ‘what?”

But less than a year into the marriage they'd split up. December '85 Sandra asked Alan to help her get something from their shared storage locker, he was never seen alive again. Four days later Oklahoma City police found his body.

“I think she shot him, she killed him, and they she had to do something,” says Mitchell. “She pushed him over to the center console and then either she or she had somebody drive him to Oklahoma City.”

But why, had the marriage gone that sour that quickly? Gloria Rehrig says there was a red flag shortly after Alan and Sandra wed.

“She said, ‘Don’t you think he needs insurance?” and I said, “Well of course a man with a family needs to have insurance,” says Gloria. “So, she talked him into getting a one-hundred-thousand-dollar insurance policy.”

“In particular, one lady that identified herself as the Highland Park deep throat,” says Mitchell.

The source told them how Sandra's first husband, a successful Dallas Dentist, shot himself to death. How she then moved on to a wealthy Dallas Developer who died of cancer. Next her best friend, the wife of their wealthy cancer doctor, shot herself in an airport parking lot. And now husband number three, Alan Rehrig, found shot in his car, once in the side, once in the head.

“I don’t have any qualms about saying she killed him,” says Gloria.

But over the last 37 years police have never been able to find the evidence to pin any of these deaths on her. At age 62 Sandra Bridewell, aka Camille Powers, did time in North Carolina for bilking an elderly woman out of her money, and there are others across the country who claim she scammed them too. We tried to find her, but with her many aliases it's nearly impossible to pin her down.

And time is running out.

“I want this solved before I die,” says Gloria.

“Not a day goes by that I don’t think about him,” says McKinney.

Investigators say there's only one suspect.

“She’s the key to the case, she always has been.”

She'd be 78 years old now. There's a Facebook page that claims to be hers. Under relationship status it says, it's complicated.