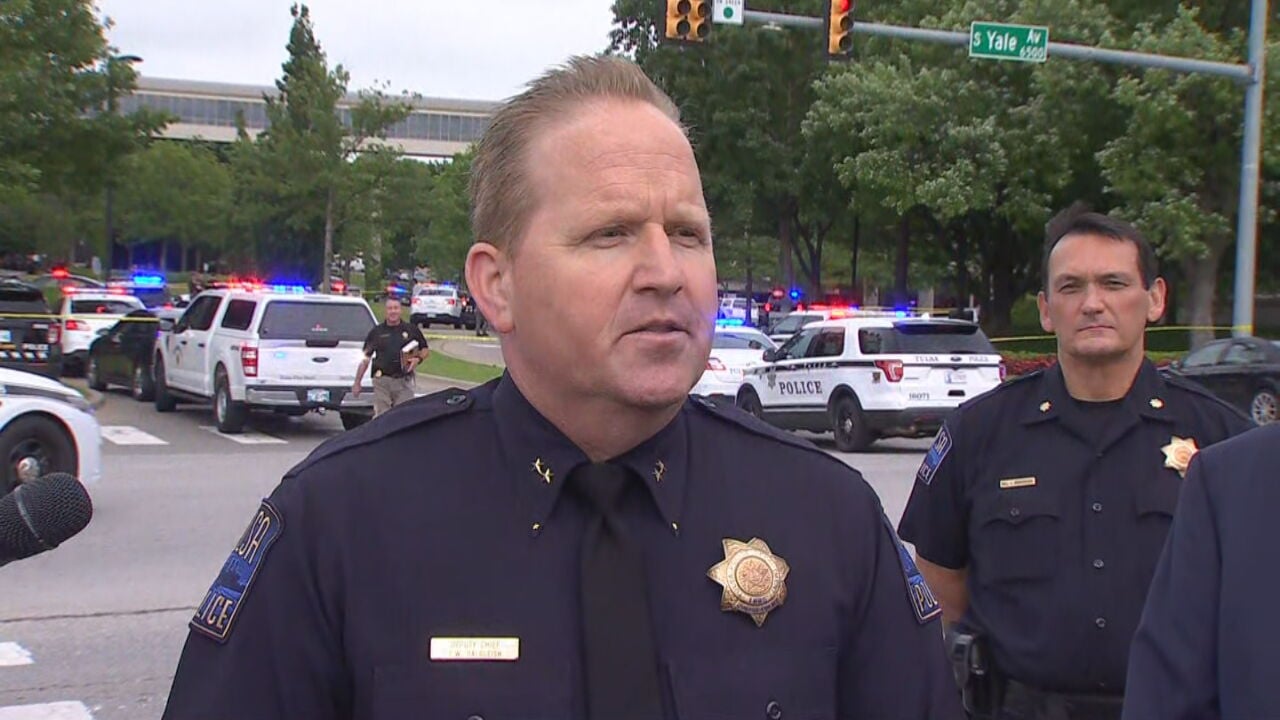 The call of an active shooter at the Natalie medical building came in at 4:52 p.m. on Wednesday, police said. Four minutes later at 4:56 p.m. officers arrived on the scene.

They found the victims and suspect on floor two at 5:01 p.m., police said.

Officers that were first on scene were hearing shots as they were looking for the shooter, which is why they went to the second floor, said police.

The identity of the shooter who killed four people at a Tulsa hospital has not yet been revealed by Tulsa Police.

"We are sincerely thankful for the quick response by the Tulsa Police Department, first responders and EMS agencies. And, our deepest gratitude extends to the members of our own Saint Francis family who cared for their own during this incident," said Saint Francis Health System in a statement.

Police said the shooter is believed to be a 35 to 40 year-old man. He walked into the hospital with a rifle and handgun and shot and killed four people, police said. The shooter then shot himself, said police.

“The scene is fairly limited to one section of that floor on that second floor and officers are currently interviewing witnesses that were throughout the building and especially those on the second floor. No officers were injured," said Deputy Chief Eric Dalgleish, Tulsa Police.

We expect to learn more information on Thursday morning. Tulsa police and Tulsa Mayor G.T. Bynum will have a news conference at the hospital at 10 a.m. on Thursday, June 2.