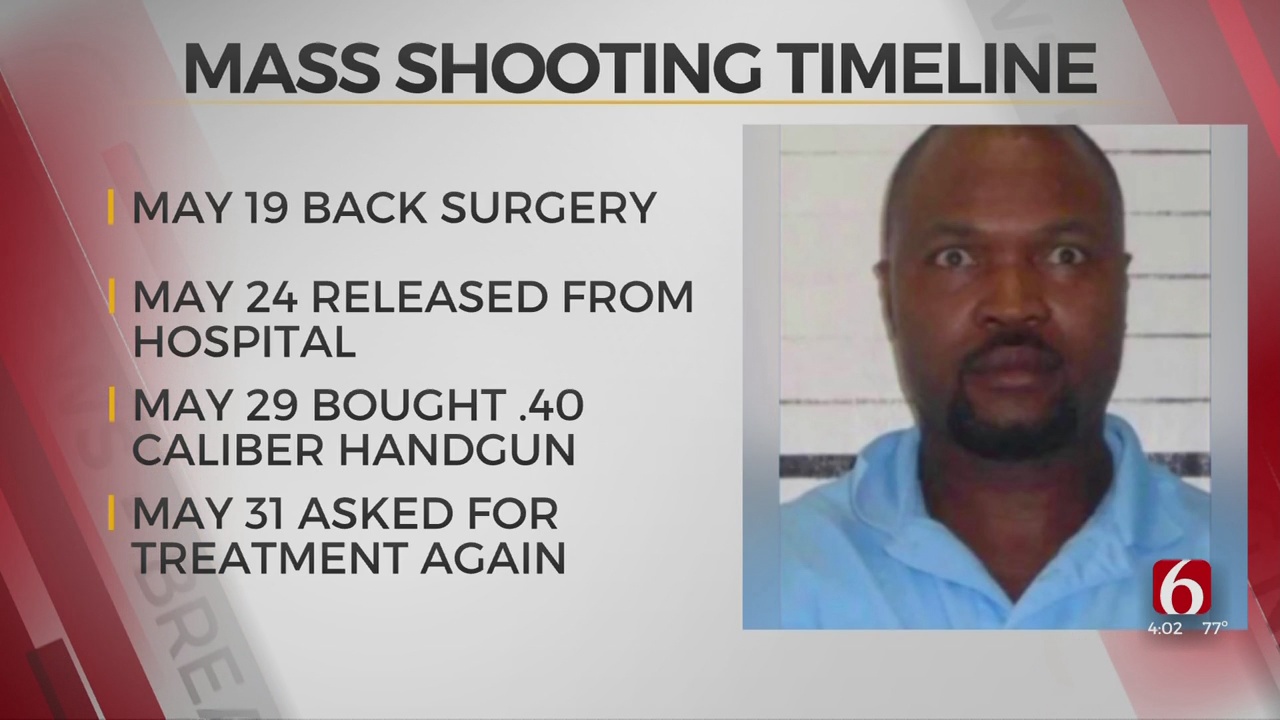 Tulsa Police Chief Wendall Franklin said detectives believe over the course of 13 days, a man went from needing back surgery to killing the surgeon.

Detectives found a note from Michael Lewis which detailed his intent to kill Doctor Preston Phillips and anyone who got in the way. That would be another doctor, a receptionist, and a patient, all killed in six minutes, with 36 shots.

According to the chief, Louis went into the hospital for back surgery on May 19. His doctor was Preston Phillips, and Louis was released May 24. After his release, Louis called several times over several days saying that he was in pain and wanted additional treatment. Franklin said that on May 31, Dr. Phillips saw Louis again for additional treatment. The next day Louis called asking to be treated again. Franklin said that thanks to the Bureau of Alcohol, Tobacco, Firearms and Explosives' gun tracing, they know that Louis purchased an AR-15-style rifle at 2 p.m. on June 1, the day of the shooting. Louis also purchased a .40-caliber Smith and Wesson from a local pawn shop three days earlier, on May 29.

The police chief said officers found the suspect, and one of the victims dead in the same room, and in that room, hiding under a table, they found a woman unhurt, at the feet of the gunman.

She was rescued by police.