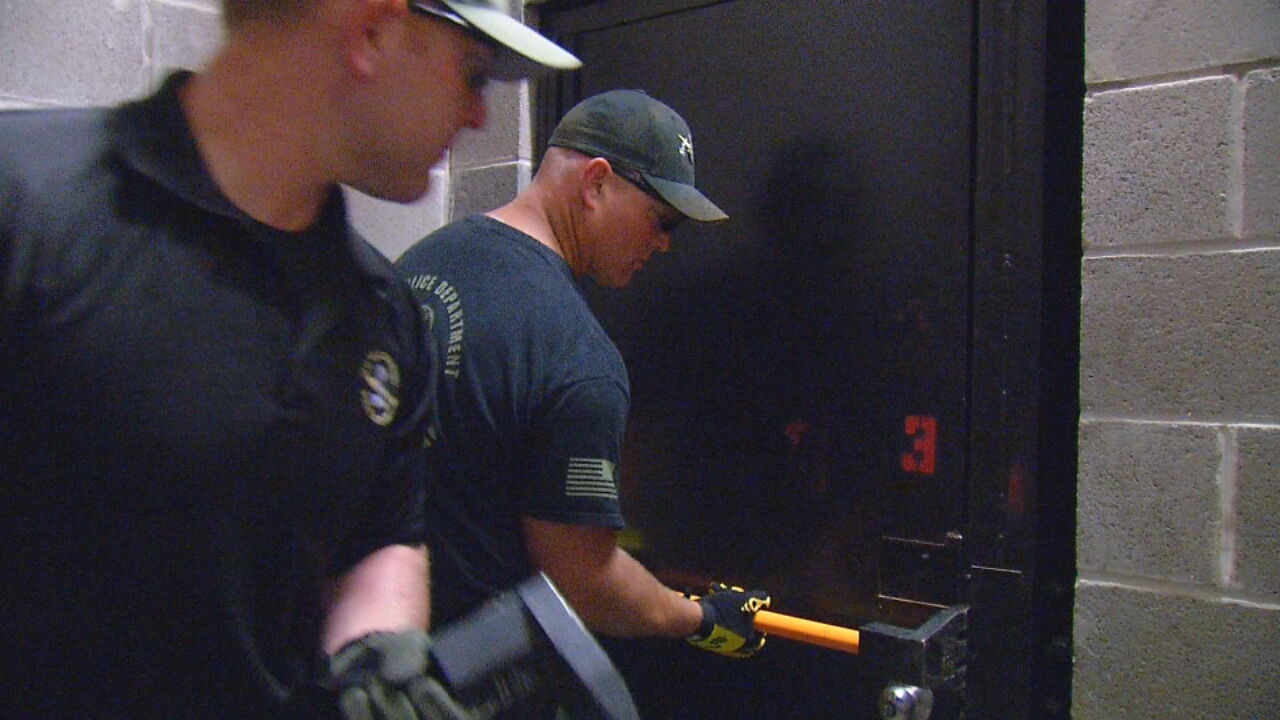 Tulsa police said during an active shooter situation, a fast response is what helps saves lives.

Officers said during this week's shooting at the Natalie Building, they used a special tool to help them get through closed and locked doors.

It's called the Jersey Claw. It's a lightweight claw-type hammer that helps them get through locked doors, instead of having to wait for a specialty unit that can get through.

They said they use it for well-being checks, or during search warrants, but Wednesday's tragedy is the most significant time they've had to use it.

"Those minutes are precious, if you've ever watched one of the active shooter events around the country, and you know that delaying, not going in, just turns out so tragic in the end," said Lt. Jason Muse.

Muse said when officers respond to situations like Wednesday's mass shooting, they want to make sure they have everything they need to help people who are in the worst moments of their lives.

"They are literally walking into the unknown and the unknowable, a police officer has no idea what they are walking into," he said.

Muse said on Wednesday they used the Jersey Claw to break off locks and pry open doors in just minutes, to make sure there wasn't a threat, and to make sure it was safe for other first responders to get inside and help.

Muse said this is a critical, lifesaving tool and while the department has at least 75, his hope is that every single officer or deputy in the state would eventually have one.

"The last thing we ever want to hear in our job is, I'm sorry I couldn't get into save you, I didn't have the right piece of equipment, whatever that may be," he said.

The creator of the tool is in New Jersey, he said the Tulsa Police Department was one of the earliest departments to get it, ensuring they have the right tools for situations like this.