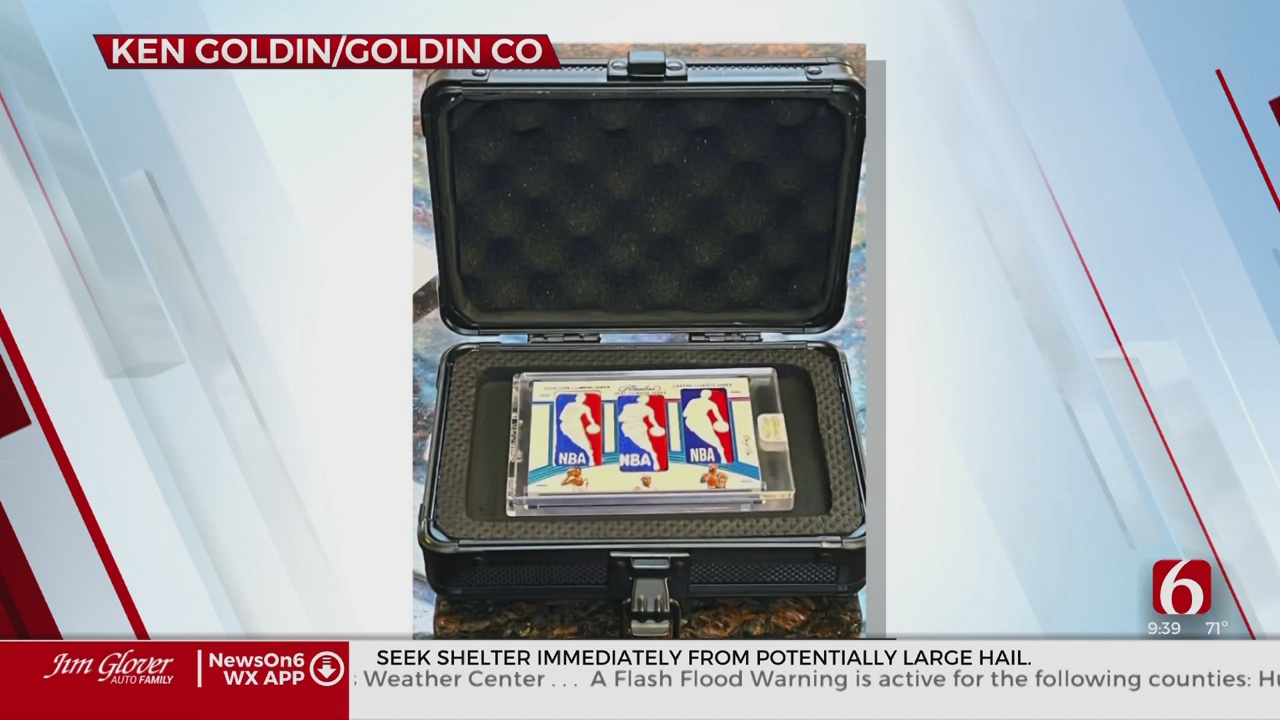 A rare LeBron James basketball card will go up for auction later this week.

The card is a one-of-a-kind Panini Triple Logoman card and it features three NBA logo patches for each of the teams LeBron has played for, the Cleveland Cavaliers, Miami Heat, and the Los Angeles Lakers.

The starting bid at auction is half a million dollars and experts believe it could break a record for the most-expensive trading card ever sold.

The current record for the most expensive sports trading card was set last year when a Honus Wagner T-206 baseball card sold for $6.6 million.