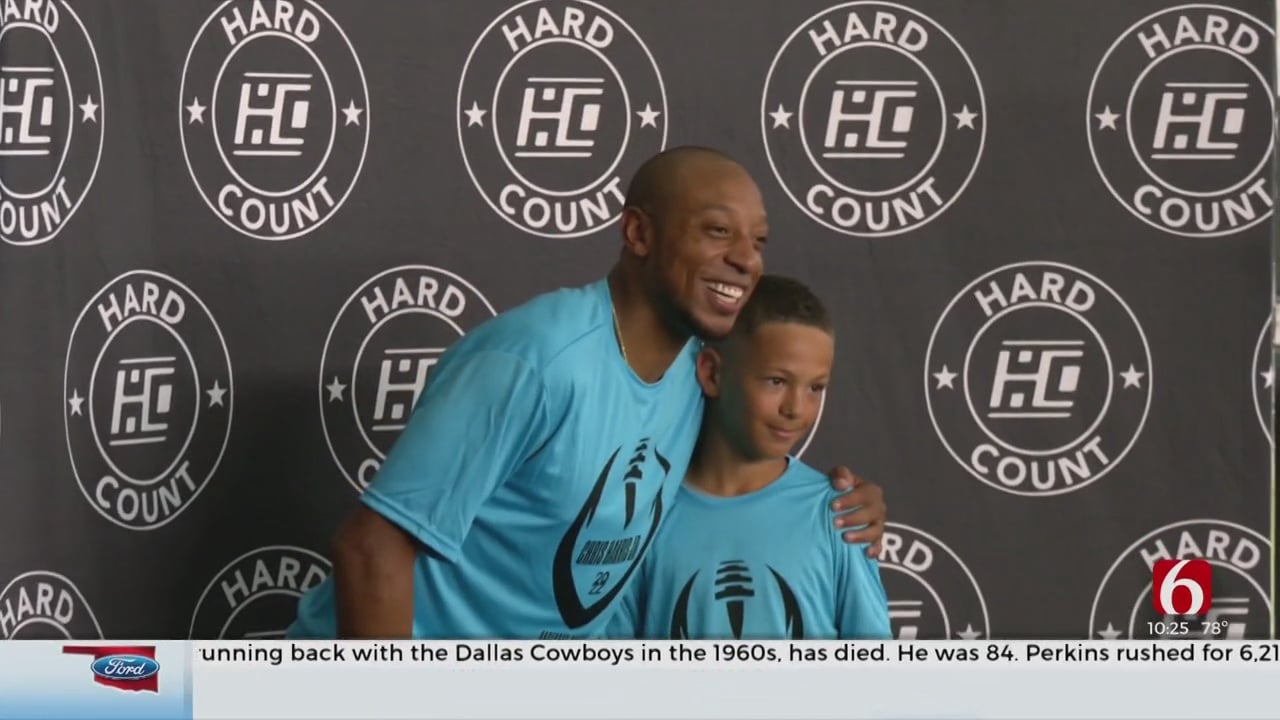 News On 6's Dan Hawk was in Broken Arrow and had the story of how he is molding Oklahoma’s next generation.

Chris Harris Jr. is a part of the 2010's NFL All-Decade Team and has a Super Bowl on his resume with the Denver Broncos.

However, he has never forgotten his Oklahoma roots and is happy to give back to kids where it all started.

"We look forward to be able to come home, give back to our community, our people and our family," said Harris Jr.

Due to scheduling conflicts with Bixby High School, this year’s camp was at Broken Arrow. But that didn't stop it from having over 300 kids participating in the camp.

"Once I put it out there that it wasn't working out with Bixby, not only Broken Arrow, all the schools in Tulsa laid out the flood gates and laid out the red carpet for me. I appreciate all the schools being able to do that for me and want to have an emphasis on giving back, and having a high charity of giving back to the kids," said Harris Jr.

The message is clear for Chris Harris football camp: give back to your community and make the next generation great at football.

"Teach them hard work, because we are going to work them hard and get them out their running hard, and teach them what it means to compete," said Harris Jr.

Football isn’t the only thing planned. Harris is also teaching life lessons to the youngsters.

"'Hey, I can do it too, just like him. He grows up here in the same city, went to the same school, played against the same teams, and was able to make it.' Give them that uplift, and give them that encouragement," said Harris Jr.

Football and lessons about not giving up were a perfect combination for Green Country kids.

The Call Up: The Return Of High School Football