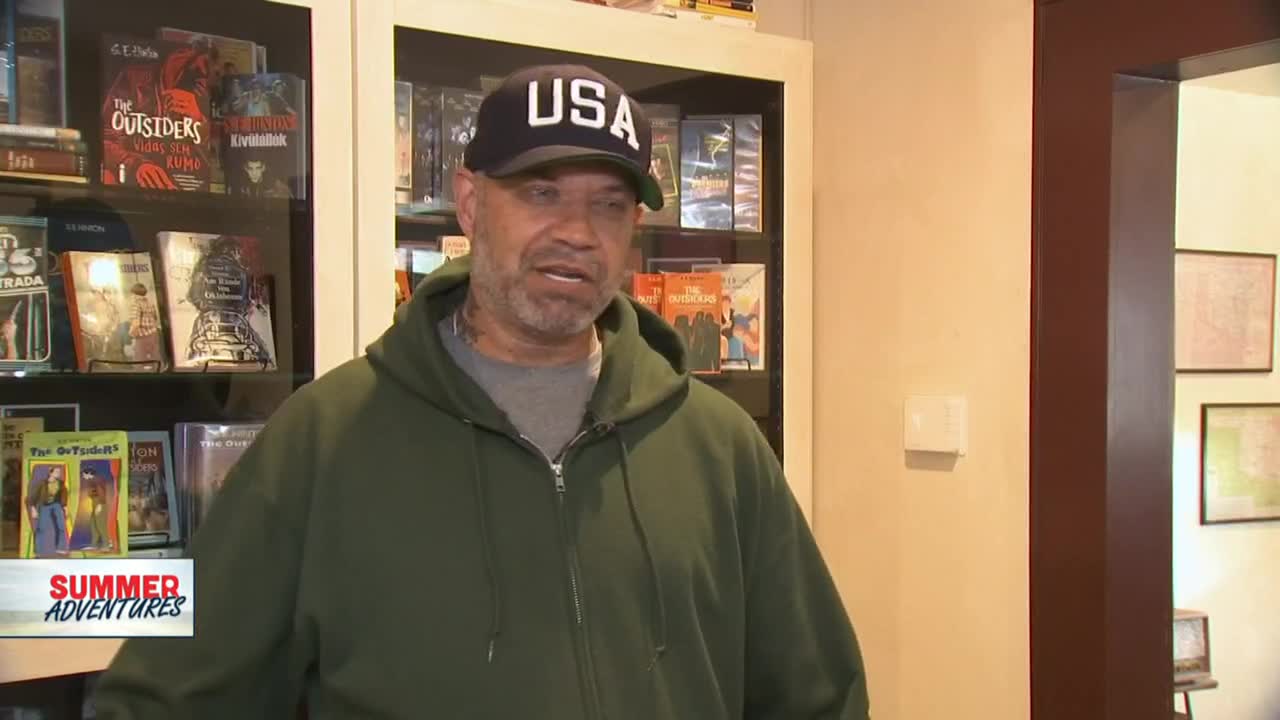 Oklahoma's connection to Hollywood is nothing new with films shot in the state dating back a century. One of the biggest though came in 1983 when Francis Ford Coppolla chose Tulsa to shoot the movie adaptation of "The Outsiders."

Just a few blocks from downtown Tulsa, the house from the movie "The Outsiders" has been restored and preserved as a movie museum, thanks in large part to Danny Boy O'Connor.

"We went around and tried to replace or replicate what we saw here," he said.

O'Connor made a name for himself in the early 1990s as a rapper, a co-founder of House Of Pain, best known for "Jump Around."

In 2022 though, O'Connor is making a name for himself for a different reason, as a super fan and historian of all-things "The Outsiders." It all started more than a decade ago while on tour.

"It wasn't until 2009 with another group called the La Coka Nostra where we came through Tulsa, and I go 'Wait a minute. Is this where 'The Outsiders' was filmed and written?'" he said.

The rest is history.

Over the next several years, O'Connor kept getting drawn back to Tulsa and this house.

"By Year 5, it was clear to me that if we waited until Year 6, this house wouldn't survive. That's when I got a few different people to reach out and try to find the owner, which we did -- and we made a deal," he said.

For $15,000, Danny Boy bought the house with the hope of preserving it.

He started collecting movie memorabilia, from Johnny Cade's outfit to the director's chair and dozens of books.

O'Connor fell in love with the project and city so much that he moved to Tulsa and turned the house into a museum. From Friday to Sunday, 11 a.m. to 4 p.m., he opens the house to fans. During the week, it's open for school tours.

It's something that Danny Boy says will only get bigger, with themed events and celebrity sightings.

"It's a special place, and the possibilities are endless. It's more than just a book and a movie. We've kind of become a community center," he said.

Roughly 150 miles away, another Oklahoma museum is celebrating another iconic movie.

Wakita, Okla., is only about 400 people strong, but every summer thousands more come to town to visit a museum that honors the movie "Twister."

A long-time resident of Wakita, Wade and many of her neighbors acted as extras when the movie was filmed there in 1995. When filming wrapped, Wade and her husband asked Warner Brothers to start a museum. The studio agreed and donated debris, scripts and other movie memorabilia.

"They told us we'd have visitors for a couple of years after the movie came out," she said.

But 26-plus years later, the museum is still going strong.

"I've had visitors from every continent, all countries. Just here in the last week or so, I've had England, Belgium, India and Australia," Wade said.

Over the years, Wade has collected even more memorabilia such as pictures, a themed pinball machine and a prop belonging to 'Dorothy,' the device used to shoot sensors into a tornado. That piece of memorabilia sits up front at the museum.

Across town in Wakita, Aunt Meg's house has long since been destroyed. However, a marker there still attracts visitors, visitors who continue to put Wakita, Okla., on the map.

As Oklahoma's footprint in Hollywood gets even bigger with more blockbusters scheduled for release soon, more visitors are certain to come from all around -- maybe even for a summer adventure to see the silver screen in person.