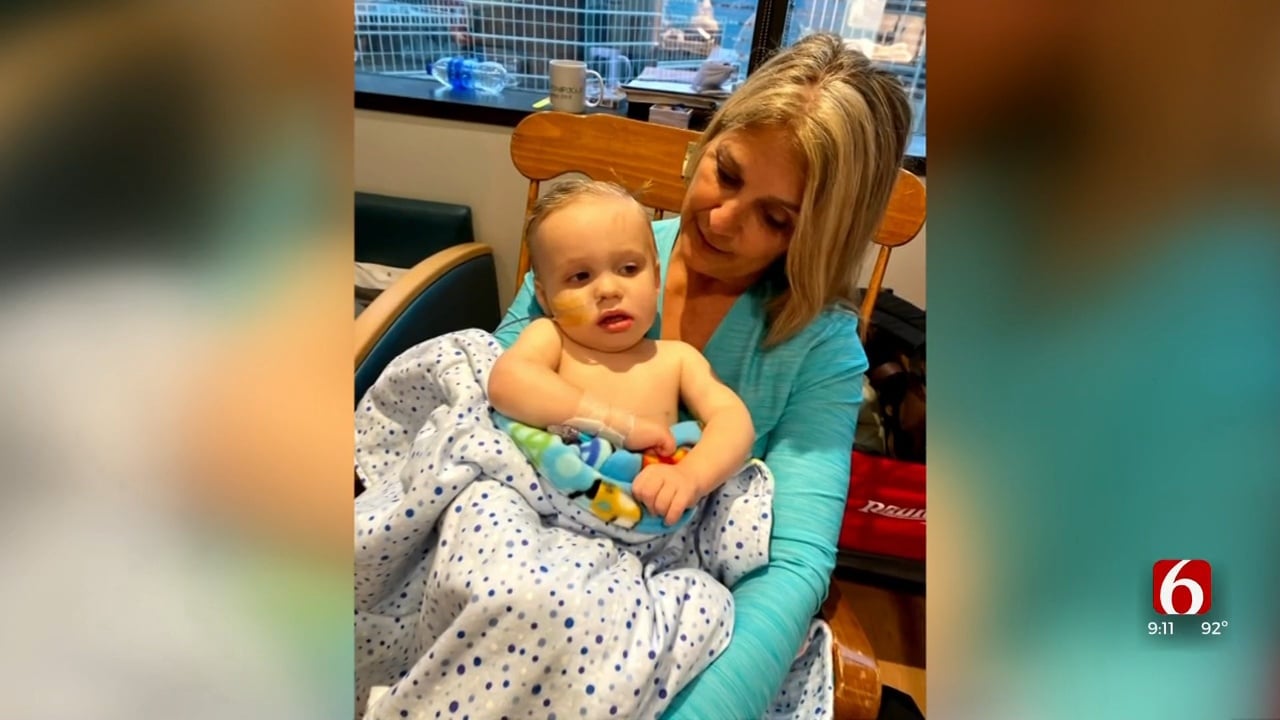 Members of a Motorcycle club are helping the family of an Oklahoma toddler who has an extremely rare medical condition.

The sound of a motorcycle engine might be rough but on Saturday, The Iron Pigs revved them up to help a local family.

"It's an all-year job to get this thing going and we look forward to the day we actually get to put it on every year," said Frank Melton with the Iron Pigs. "It is exciting. It is exciting to help people."

The Iron Pigs held a Poker Run and a live auction to fundraise for Ryder Barns' medical costs.

Ryder was diagnosed with Baylisascaris, an extremely rare parasitic infection that quickly caused him to lose his sight and ability to drink and eat on his own.

His parents, Colten and Alycia Barnes, say the disease is so rare it is not tested for in the United States.

After making a trip to Houston, they say they were glad the doctors acted quickly.

"We were very blessed and lucky that he survived because in many of the cases, somewhere around 15 out of the 25 or 26 didn't make it," Barnes said.

Several Iron Pig members from all across the country came to support Ryder's journey.

It's a gesture that the family says they will never be able to thank them enough for.

"It gives me goosebumps really...it's hard to put into words and you can never thank these people enough," Barnes said.

Barnes says he hopes more people will follow the Iron Pigs' example of helping someone out of the kindness of their heart.

"They're doing it for no other reason than just love," Barnes said. "If there was more love like this spread throughout the world, It would probably be a much better place."