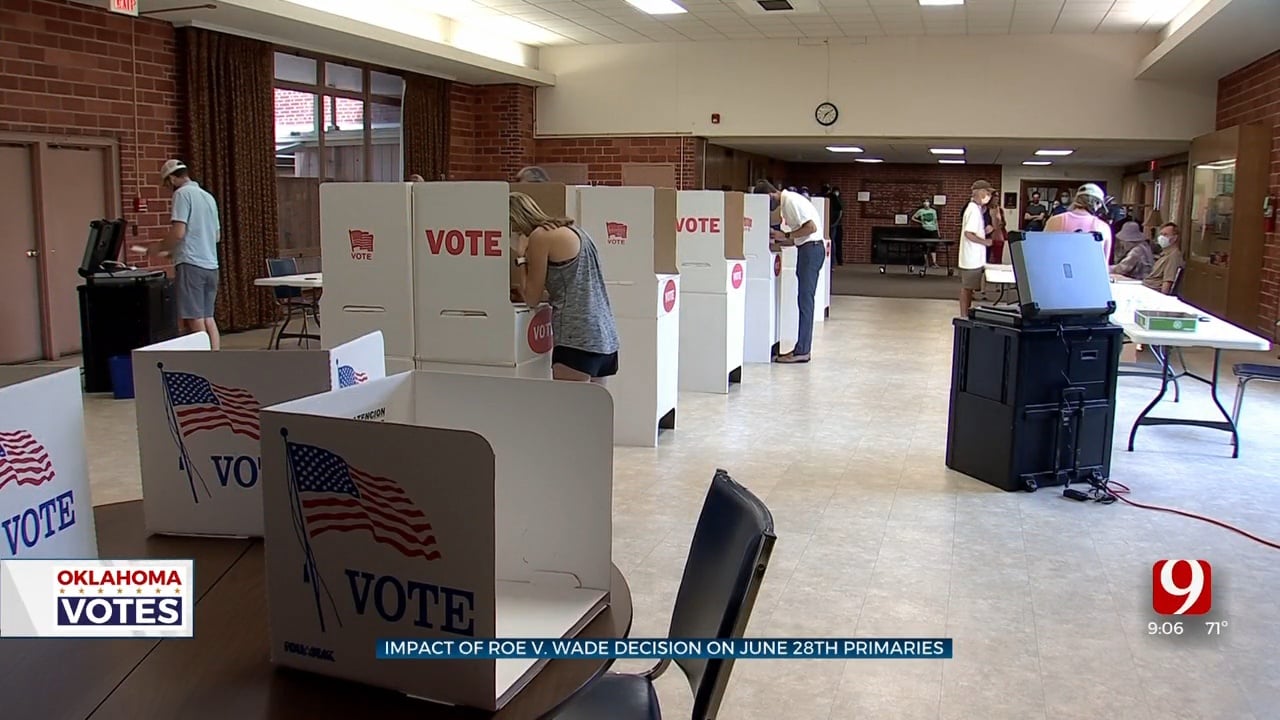 Governor Kevin Stitt celebrated the SCOTUS decision and also said he kept his promise to make Oklahoma the most anti-abortion state.

Stitt will run against five other challengers for governor.

Of those five, three are Republicans. Mark Sherwood is the only to publicly applaud the fall of Roe v. Wade.

Sherwood also said he thinks Oklahoma can be "even more conservative" during a podcast appearance.

The third gubernatorial GOP candidate, Joel Kintsel, has not made his abortion stance clear on his social media or website, but his website describes him as a "Ronald Reagan Republican."

Both Democrat candidates, Joy Hofmeister and Connie Johnson, have said they are in favor og abortion rights and will fight to get them back.

While the governor can sign bills into laws, some nonprofit organizers said local voters should be interested in county district attorney races.

"The very first action that voters can do right now is get involved in local DA races. District attorneys are going to play a major role in the prosecution of pregnancies or those that are ending their pregnancies," ACLU Oklahoma executive director Tamaya Cox-Touré said.

Three of the four Democrats felt the opposite. Democratic candidate Ayra Azma along with three GOP candidates -- Jessica Jean Garrison, Michael Coibion, and Laura Moreno -- have not made their stances public.

She's also registered to run for a U.S. Senate seat in Kansas.