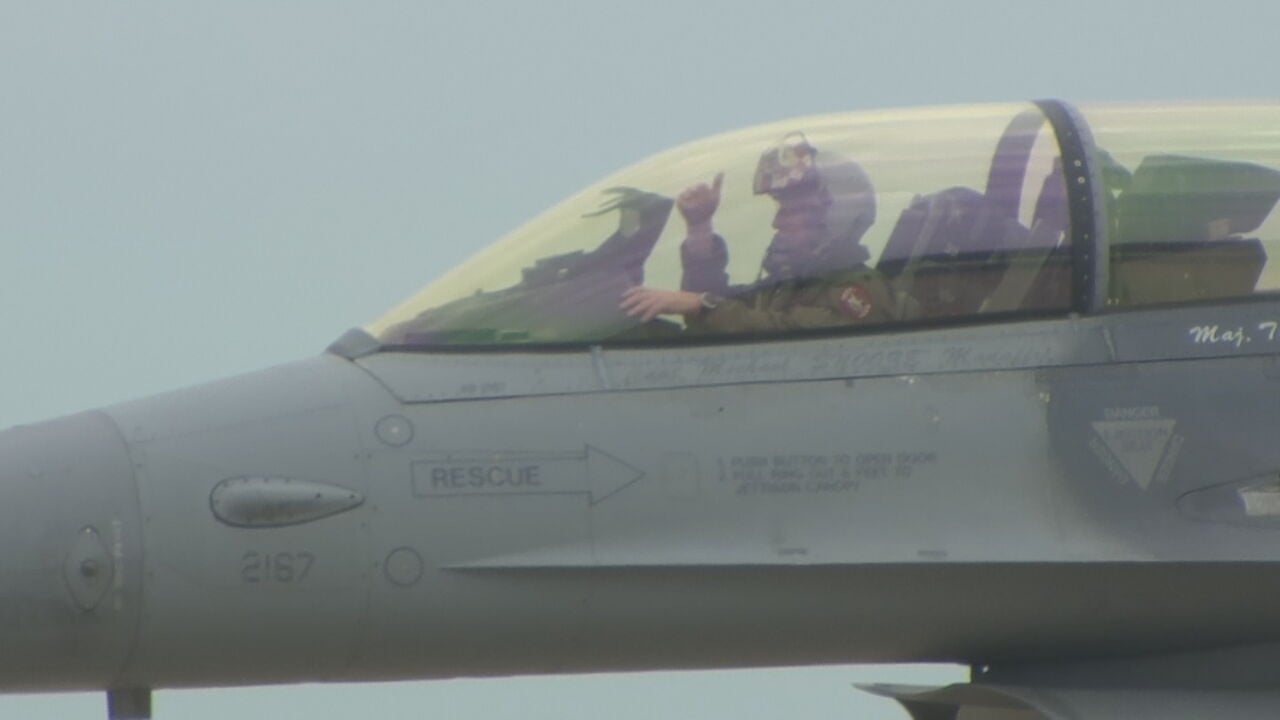 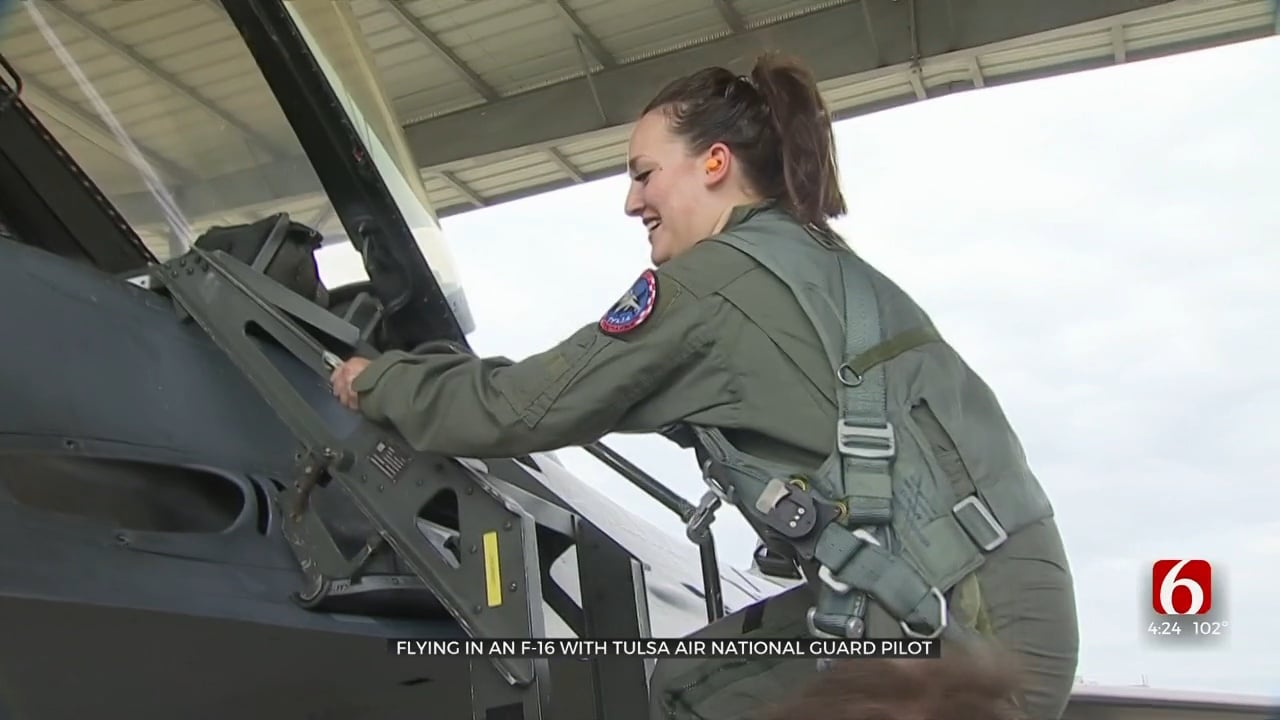 Flying Along With One Of The World's Best F-16 Pilots

A Tulsa F-16 pilot has reached a rare milestone: flying 5,000 hours in the fighter jet.

It is a first for any pilot at the Air National Guard base in Tulsa, but he is also one of only 11 pilots in the world to fly that many hours.

If Lt. Col. David Gritsavage happens to be in the cockpit, Tulsans are seeing one of the most experienced F-16 pilots in the world cut through the clouds.

"Usually other people pick them for you,” he said. “Luckily I didn't do anything too stupid, and it kinda goes with my last name."

Last fall, Grits hit 5,000 flying hours, a milestone only 11 F-16 pilots in the world have accomplished, according to F-16.net.

"It just means my life has been dedicated towards my job, which I love, just like my country,” Gritsavage said.

"That's what we need when we go to combat. We need that experience to protect our nation,” 138th Air National Guard Base Commander Col. Chad Phillips said.

Grits and his wife, Regina, who is a flight surgeon on base, moved from Vermont to Tulsa in 2018.

Before the move, Grits had about 4,000 flying hours. About 1,000 of those are combat hours, from a career that has led him all over the world, serving his country.

One state he goes to frequently for training, is Arkansas. It's where he took Reporter Amy Slanchik for a trip, to see him fly.

They went up in the only two-seater on base and headed east, flying low above the hills of Arkansas, then making quick turns to the left and right to avoid the terrain; and at one point, pulling 8.8 Gs while turning 135 degrees.

While the two spent one hour in the sky, Grits later recalled his longest flight, about nine hours.

"So it could be hours of boredom and minutes or seconds of pure excitement,” he said.

Those seconds of pure excitement wouldn't be possible without the guardsmen on the ground.

Between the air crew flight equipment team, mechanics, maintainers, civil engineers and others, there are hundreds of people working hard every day at the base before each flight takes off.

“And then those guys have to put countless and countless hours onto making sure that that aircraft is airworthy so we can take it out there. And then, that's all they do. They work hard. If it wasn't for them, we wouldn't be able to do it,” Gritsavage said.

While Gritsavage's name is at the top of the list on base showing everyone's flying hours, he is busy with other work back on land too.

"We have a lot of young guys who show up with you know less than 100 hours under their belt,” Maj. Daniel Gwynn said.

Maj. Gwynn, who has flown about 1500 hours in the F-16, said the base is capitalizing on Grits' experience.

Not only is he mentoring younger pilots, but Gwynn said Grits' connections have led to training opportunities they may not otherwise have.

"We've been able to work with a lot of other units from all over the country because of Grits' connections. Also he's a really good person. He's really down to earth; he's easy to talk to, really good guy, a very knowledgeable instructor,” Gwynn said.

Away from the base, Grits said he and his family have found a home in the few years they've been here.

“It's very family-oriented, church based. It's a place that I want my son to grow up,” Gritsavage said.

No matter where the Vermont native flies, he said for the rest of his career, he'll keep landing in Tulsa.