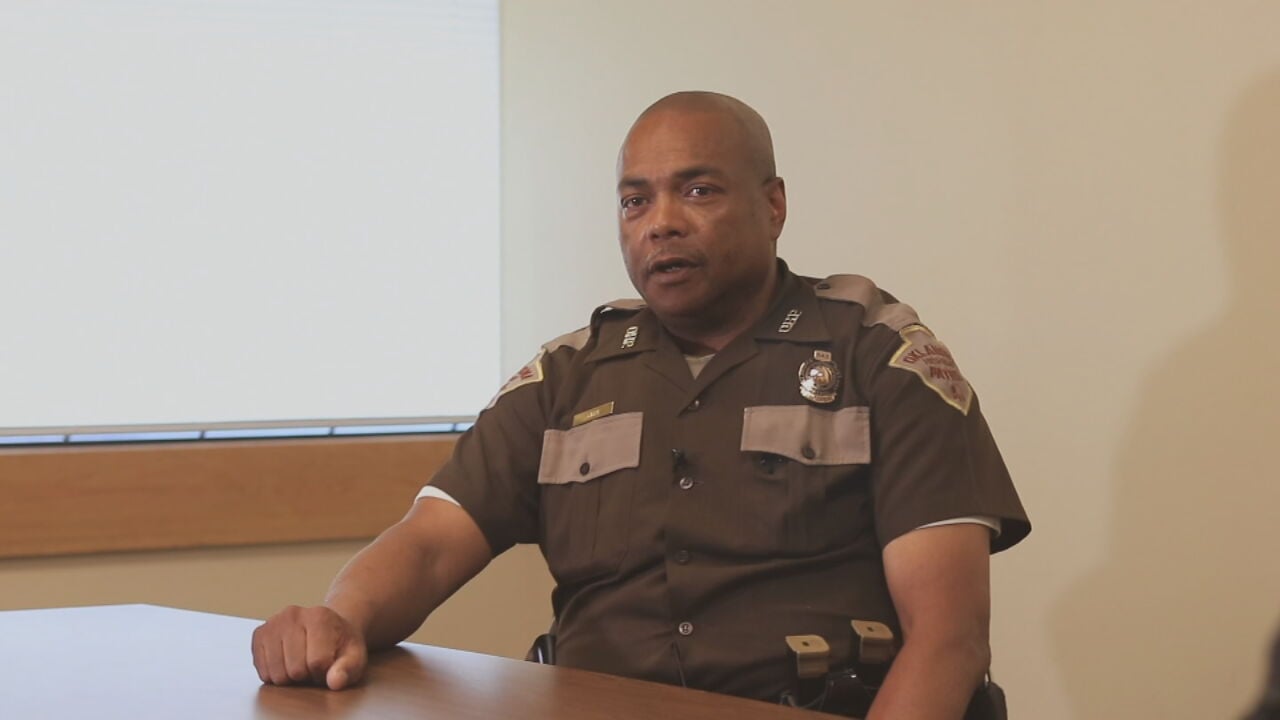 An Oklahoma Highway Patrol trooper is being recognized for the way he helped a homeless man.

Trooper Ricky Humdy patrols the Creek Turnpike, and a recent stop on Saturday near Memorial to check on a man in a ditch led to a touching moment of humanity.

Humdy is a humble man who said he noticed a man near the roadway.

“Right place right time," he said. “I drive the turnpike out, and so that Saturday morning I’m driving, and I see a guy sitting really close to the shoulder.”

He stopped to check in and asked if the man needed water.

“He told me, 'yeah I needed some water' and then he started talking to me. And again, I was looking at his feet. That’s what really got my attention was how bad his feet were," he said.

Humdy said the man's bare feet were blackened with tar from walking on the streets and potentially infected.

The man refused EMSA treatment but Humdy knew he needed to help somehow. So he drove to target, and pulled out his wallet.

"I went and bought him it was like some crocs and some peroxide and Neosporin and some socks for him," he said.

He then took time to explain how to care for the man's wounds.

Although Humdy hopes the man gets medical treatment, a few minutes of conversation and a little generosity go a long way.

“A lot of guys would’ve probably done the same thing. You know, because again we all are compassionate about people," he said.

Humdy said he'd like to check back in with the man the next time he's on-duty.