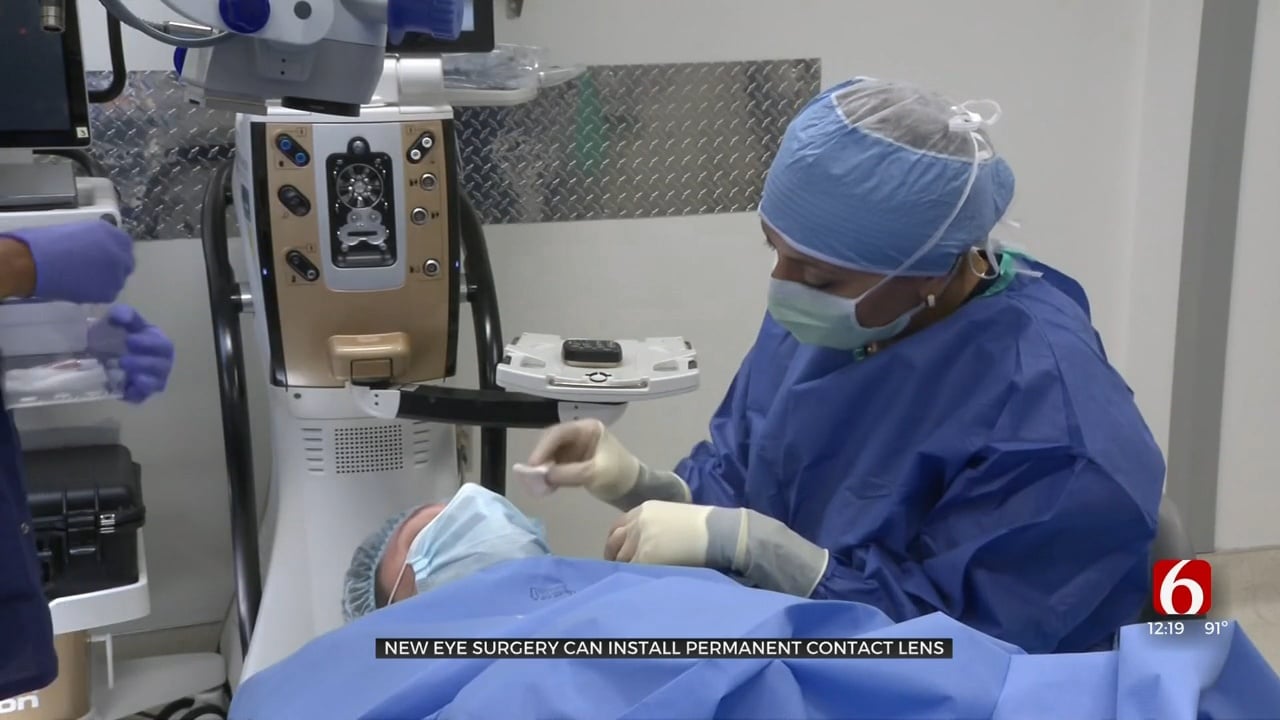 The pandemic has brought a significant increase in vision complaints, partly fueled during the pandemic as people spent more time than ever staring at screens. The surge in nearsightedness, or myopia, is creating more interest in vision correction procedures and a recent innovation is attracting attention: an implantable contact lens, which was ideal for Powell Robinson, who has been using contact lenses since seventh grade.

“Basically, the inflammation from wearing them for super long hours made my vision get a little blurry, my eyes would get super dry, and it was just getting sort of unsustainable,” says Robinson.

Working as a cinematographer and director in Los Angeles, he went to Dr. Neda Shamie at the Malone-Shamie Vision Institute for help. She recommended a procedure known as EVO Visian ICL.

“The Evo ICL is a permanent implantable contact lens that's placed in the eye instead of a contact lens that you would wear on the surface of the eye, where you have to constantly take out and put back in,” Dr. Shamie explains. She says the implant is ideal for treating nearsightedness and offers an alternative to Lasik surgery, which works by changing the anatomy of the eye.

The Evo Visian ICL has been approved overseas for more than 10 years with more than a million surgeries performed. Here in the United States, it was approved by the FDA in March and hits the market just as eye complaints are soaring. Myopia is increasing so rapidly, an international study published in the journal Ophthalmology estimates half the global population could be nearsighted in the next thirty years.

The EVO lenses take 8 to 10 minutes to implant and cost between $2,500 and $5,000 per eye. Because it is an elective surgery it is not generally covered by health insurance. For Robinson, the improvement in his vision was nearly immediate and he calls his new window on the world life-changing. “It’s pretty weird to wake up in the morning and just see,” he says.