By: News On 6, Ashlyn Brothers 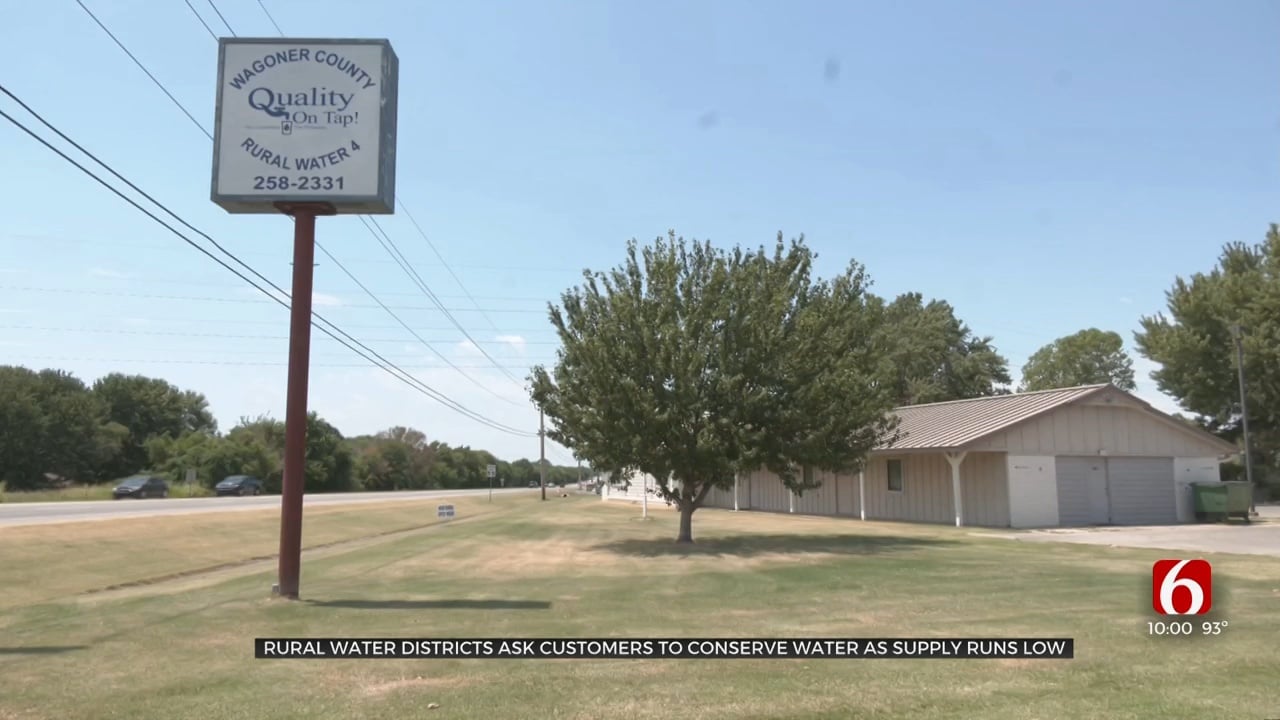 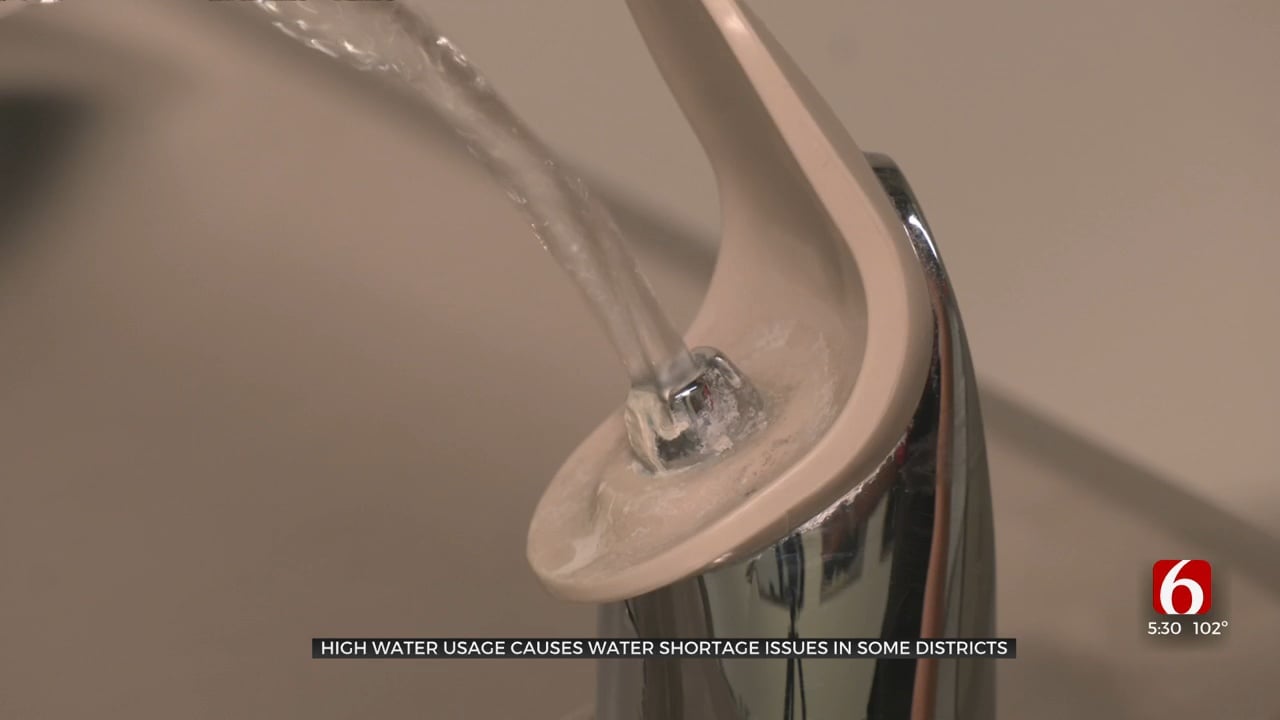 Many rural water districts across northeastern Oklahoma are asking residents to conserve water as the excessive heat wave hovers, threatening the water supply. We've seen the effects in Creek County, Bixby, and Wagoner County Rural Water District 4, among others.

"It's triple digits. I mean we're dealing with decades-high temperatures. No rain in sight” said Paul Davis, Wagoner County RWD #4 Customer. “Without rain and continued heat, I'm nervous that the problem could get worse.”

Davis' water supply has wavered for weeks and even experienced no water a couple of times.

"We have had low water pressure but enough to function. We can take baths. We can flush toilets. We can do laundry,” said Davis.

He's worried about his livestock.

"Got the answer that you never expect to get; they said ‘the lines are fine. Unfortunately, we are out of water,’” said Davis. “Usage has doubled in the prior 3 weeks due to no rain, and of course, we're having record-breaking heat and that they just cannot produce it fast enough based on the requirements for how they now have to process water which requires more offline maintenance. […] It was a very disturbing answer to get because now you're asking what options are there? And the answer was, we're exploring all of our options."

Davis went on to say, “The folks at Wagoner County District 4 have done a great job. They're not purposely not giving us water. I think they've just literally tapped out.”

“When they turn on that tap, they realize that is a limited precious commodity; water is,” said Thomas Faulk, Business Manager for Wagoner Co. RWD #4. “And unfortunately, most of the water on the planet as you know is salt water; just a small percentage of the water we have is fresh water.”

Thomas Faulk said people are using record amounts of water to beat the heat and it's straining the system.

Plus, pool sales increased during the pandemic.

“During Covid, you may know that pool sales for homeowners went through the roof. Many people because they were not able to take family vacations or do other things and were around the house, during the summer, many people bought above-ground pools and in-ground pools,” said Faulk. “The time has come that those pools need to be filled, and every day there’s pool water that’s lost to evaporation as kids splash in and splash out of the pools which is a normal thing that happens. That water is lost and so people have to refill their pools.”

"Is that growth outpacing infrastructure? I don't know,” said Davis.

Faulk said to save water for the essentials and avoid using it for things like fountains, washing your car, washing structures, and filling up pools.

“Much of the water is lost to evaporation and so you don’t get near as much bang for your buck when you’re watering during the middle of the day,” said Faulk.

Davis said this is not an isolated incident, and there needs to be a long-term plan in place to accommodate growth.

Faulk is asking people to go to their water districts’ websites and sign up for alerts to stay up to date and informed.