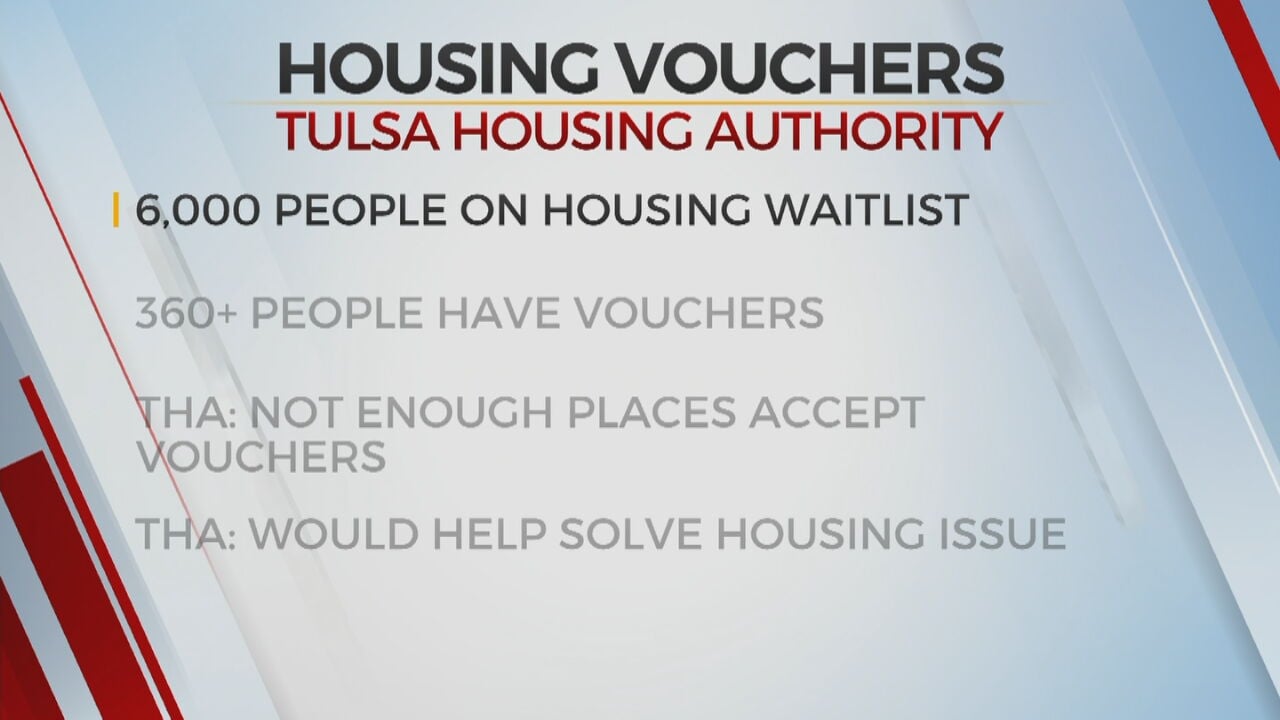 The Tulsa Housing Authority is encouraging more property owners and landlords to accept vouchers as the city continues to deal with a lack of affordable housing. The agency says access to affordable housing is an issue that’s only grown recently as we bounce back from the pandemic and now deal with inflation.

About 6,000 people are on the waiting list for housing, and more than 360 have a voucher in hand and are searching for a home, according to the Tulsa Housing Authority. The problem is there are not enough places that accept Housing Choice vouchers.

Officials say if more landlords took them, it would help curve the need. The Housing Authority says breaking the stigmas about voucher programs would go a long way in getting people placed in homes.

The voucher holder gets the choice to pick where they want to live as long as the property accepts them.

Cindy Steward manages nearly 150 properties in Tulsa. She says a third of her tenants are on vouchers.

Steward believes accepting the vouchers is a way to help the community. It also provides steady income and long-term tenants as a benefit to her.

Any property manager or landlord interested in the program should reach out to the Tulsa Housing Authority to learn more information.