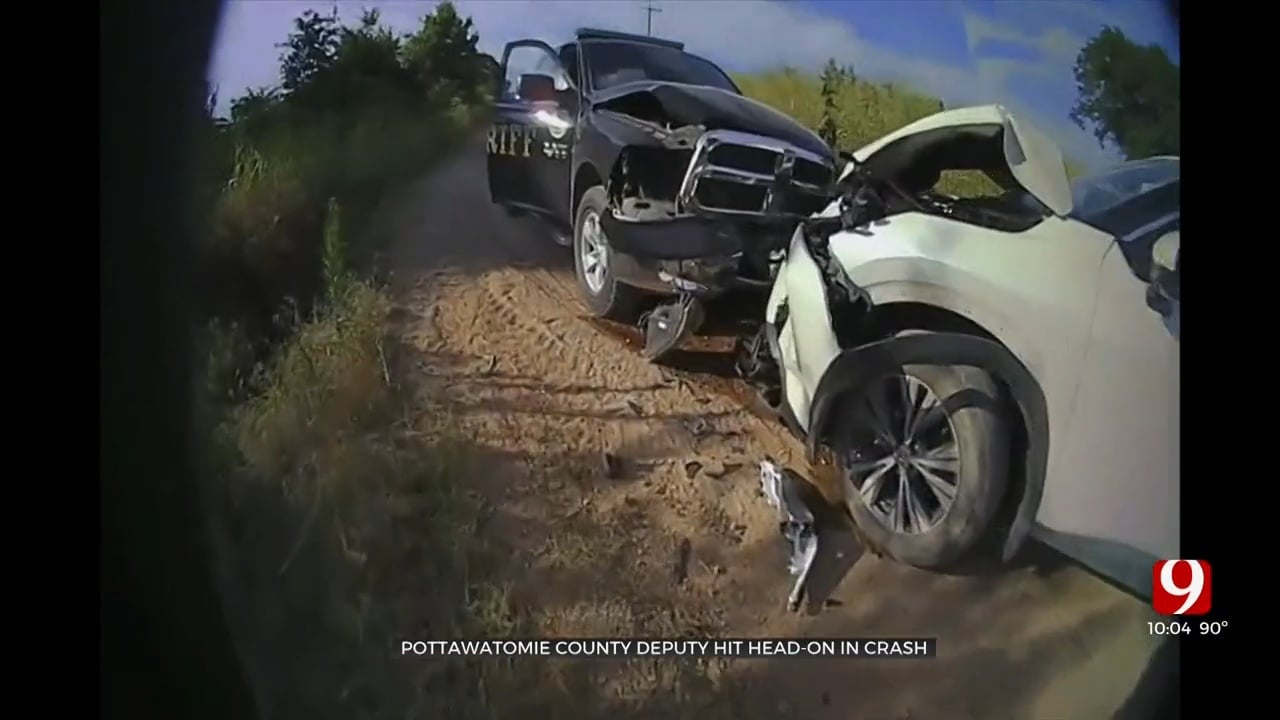 The chase started as a routine traffic stop Saturday night along a dirt road near Asher.

Despite the violent crash, Deputy Kendell Smith walked away with only scrapes and bruises.

Johnnie Byrd would later be identified as the man who crashed into Smith.

Law enforcement believe the crash was partially caused by the dusty conditions on the roads the chase was taking place on.

“It was hot and dry for the past couple of days. It's real powdery dust that's getting everywhere,” said Pottawatomie County Deputy Kendell Smith.

With no visibility and a dead end ahead, video captured Smith trying to move out of Byrd’s way.

Smith can later be seen jumping from the truck to pursue the suspect.

As Byrd disappeared into the woods, help arrived.

According to court filings multiple agencies searched the area. Investigators later learned Byrd had hitched a ride home where deputies found and arrested him.

“As I came around the corner, he looked at me, widened his eyes,” said Smith.

He had reported his recently purchased Nissan stolen and tried to convince deputies they had the wrong guy.

“Our suspect said I can't believe you're arresting me and I’m the victim, my vehicle was stolen,” said Pottawatomie County Sheriff Michael Booth.

According to investigators, Byrd did not have a driver's license and had been drinking when he decided to go on a beer run.